A few days ago there was a discussion about copyright and JLR going after someone for use of their logo. Don’t know what the subject line was or I would have went there but I mentioned a current war going on between a hand made replica owner and JLR. Here’s the story from Philip Porter: C-type Replica Furore — Porter Press International
pauls

Copyright infringement is a form of theft!

Then someone else copies it to make money without the original creator getting a piece of the action? Theft, pure and simple.

We have licenses and appropriate fees for the creator for other to exploit a unique work in fresh ways.

Oh no. Did I just commit copyright infringement? Will Universal Studios send the lawyers to my door? 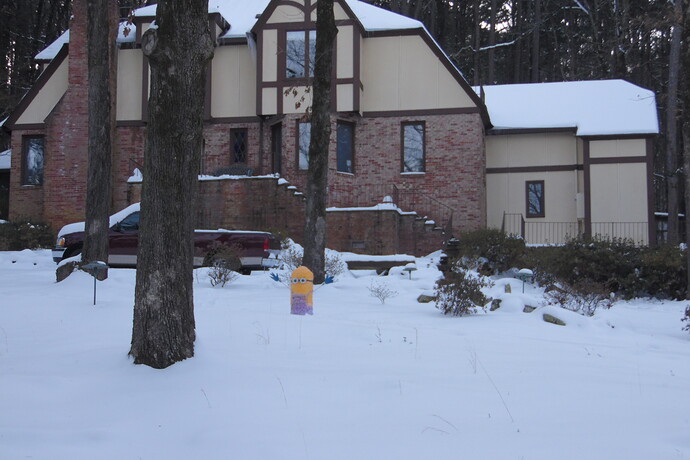 Maybe, but for sure now that we know the copyright situation, anyone caught restoring old Jaguars with non-approved fake aftermarket parts better stop right away…or probably have their car confiscated by JLR police.

Glad I sold mine already, so I’m off the hook.

No, not the lawyers yet…just their minions

Another victim is Sussex Sports Cars or Sussex SS. They were owned by Roger Williams and built very high quality kits or finished cars of the SS100, and they were just ramping up to do a C Type. Two of my friends purchased car kits and each built an SS 100. During the course of this I met Roger - he came to Canada to see how the construction was coming along. He fought Jaguar, cost him a reported 425K pounds but he lost. The company went into liquidation, and he died shortly thereafter.

Copyright and trademark don’t last forever, and typically only exist when you use the names, and defend their use by others. Many SS100 and C type replicas have been built over the years, you’d kind of think the horse long left the barn. `

There are usually XK120 and SS100 replicas on ebay all the time, saw 3 XK120 replicas today.
pauls

Ferrari lost this fight for the 250GTO design (on an actual car but not its likeness in models— no idea how that works).

Anyway, I don’t agree with Jaguar but their motivation is for the C-Type recreation sales and it’s securing their design copyright as the car has been in production (a point Ferrari could not claim). I doubt they truly cared about the reproductions as few people would be cross shopping given costs but they be want to keep the design and milk it for what it’s worth.

Moved to Replica category, where it’s already being discussed.

Hi Steve My source for the liquidation of Sussex SS was from a few people who knew him better than me, and also from this article in a local newspaper: https://www.eadt.co.uk/news/business/suffolk-sportscar-manufacturer-goes-into-liquidation-2696068 As to his death, I’m glad to hear I was wrong. I cannot recall how I heard this, but it would have come from somebody I knew who knew him.

Land Rover lost a trademarks case in August 2020 concerning the shape and design of the Defender. A precis of that case is available here :https://www.burges-salmon.com/news-and-insight/legal-updates/intellectual-property/uk-high-court-rejects-land-rovers-appeal-for-registration-of-defender-shape-marks/ Not a defiative case for copying the SS100 or C Type. The SS100 was certainly not a distinctive shape but was the C Type - maybe?

Not sure about infringement but did you know that there is the worlds goofiest looking garden gnome in your front yard?

Did I just commit copyright infringement?

Ignorable under “personal use” exemption.

If you pay for a copy of a song, then transfer it to a more portable medium, that is perfectly OK.

Make many copies and sell them? That’s where the lawers start.