I ordered a new glove box, which for the S1 is just that, a cardboard box poorly stapled with what appear to be bifurcated rivets. The glove box was missing when I bought the car so I have no idea how this was fitted originally. 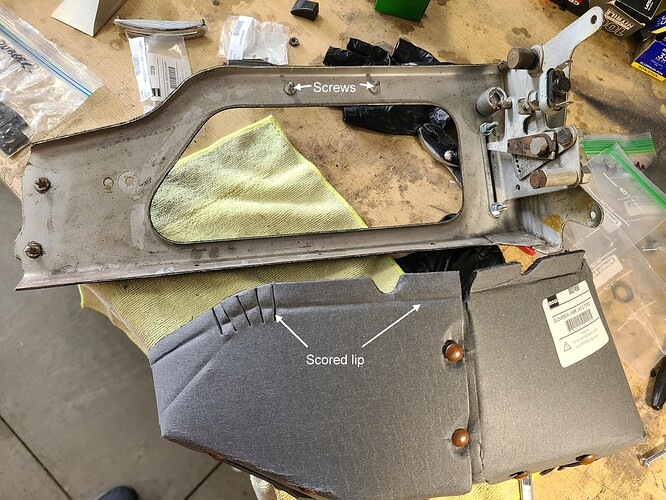 There is a scored lip on the top and sides of the box but not on the bottom. My guess is that the scored edge is folded and then glued to the dash on the inside. The glove box interior is covered in a kind of moquette which seems like would interfere with good adhesion. Can anyone confirm this is glued on? There are two screws on the inside of the dash and the glove box edge is contoured to fit around them. Do these hold some kind of brace to help keep the glove box in place?

I am guessing the reason my car didn’t have one when I bought it is that it’s crap from the start. Any good solutions or products out there? I know the S2 has a proper door and so forth, can this be retrofitted to the S1?

John,
the two studs at the top are for a small bar that clamps the upper portion of the glove box (after you fold it back along the score lines. There will be two small washers and nuts to hold it in place. At the lower edge, the box slides under the metal opening and there will be small holes in the metal that allow for two or three rivets (I cannot recall if it’s 2 or 3). The originals were split rivets that slid up from below into the front lip of the box and using two or three small washers, they were then bent over to clamp the bottom. The images is my original box and clamp. 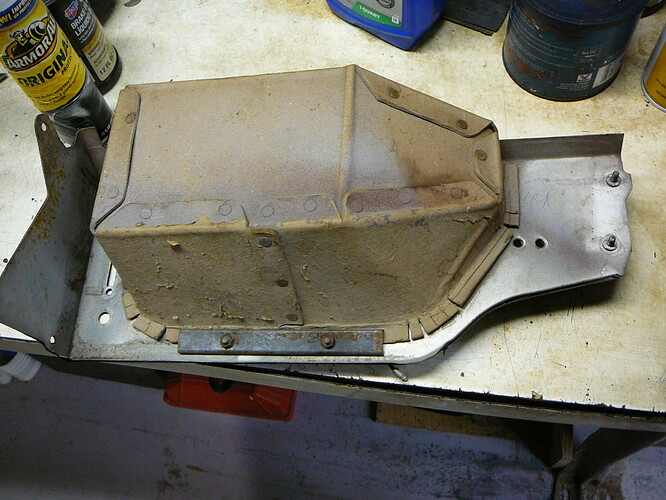 Folding the box on the sides along the score lines allows it to fit tightly on the sides. Gluing it in is not advised, because it was made to be removable for servicing the wiper assembly and choke lever etc…

If you do not have that bar and want one - I think I have an extra here. The holes on what I have are 3" on center. It is nothing too special (you could make something that would work) but it is the correct part. PM me if you want it.

Thanks, John, that’s a big help. I do see the three holes in the lower flange of the dash now. So the two prongs of the rivets are folded over on the inside of the box? Not pretty, but having them below would be quite a snag for the ladies stockings, should I ever encounter them again.

Yes they were folded over inside the front lip of the box, but that is under the front metal lip so if something was to get in there it could be snagged I guess, but its pretty much out of the way.

Here are some photos of mine during disassembly showing the fasteners detail including a source for the split rivets. 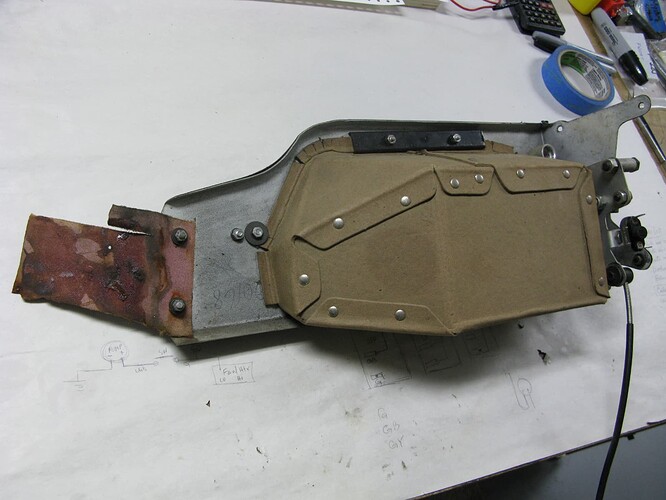 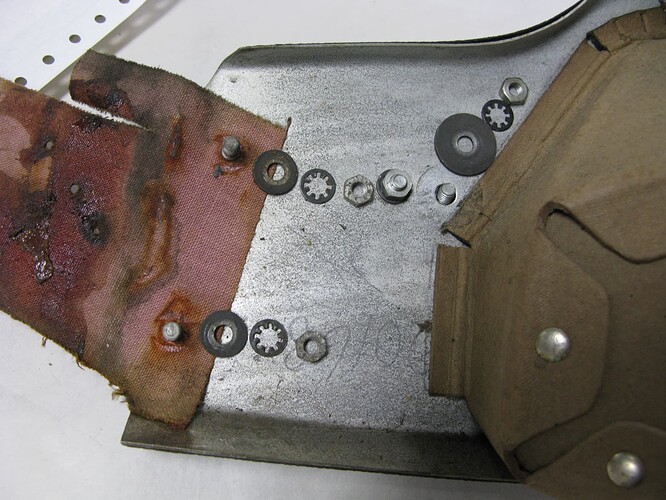 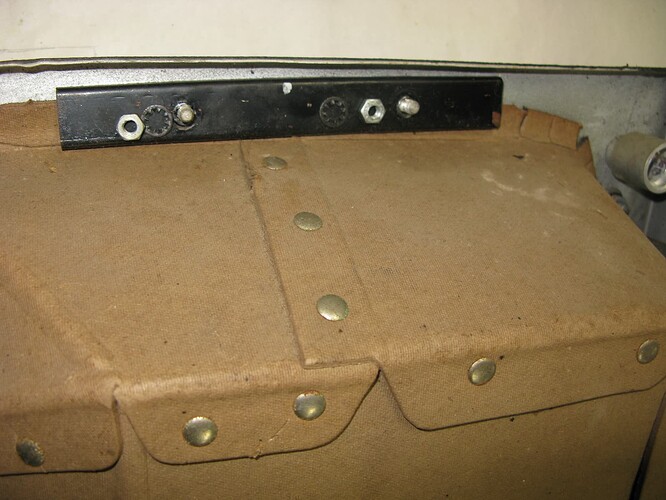 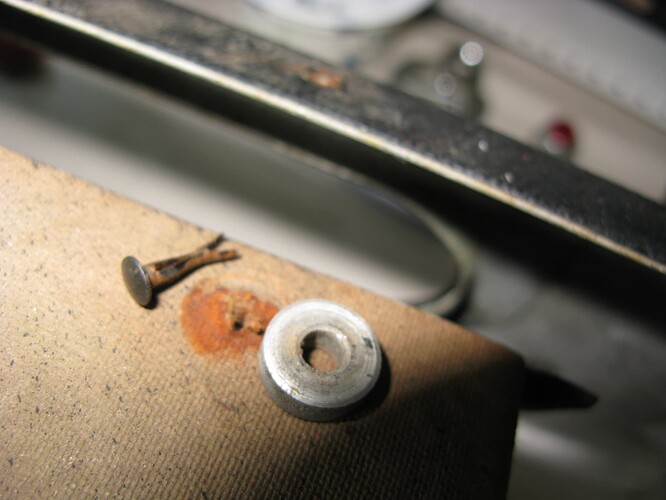 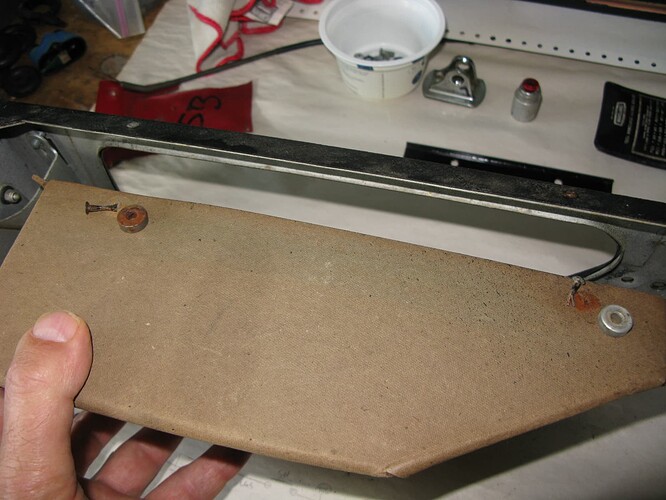 The repro liner is indeed a complete POS. I ordered 2 by mistake and used the better of the two. If you can’t get it to work you might consider ordering another one from SNG and returning the crappier one.

I ordered a flocking kit from Amazon (black) and used that to refurbish my original box. Worked extremely well.

Red according to the JDHT. It’s a long way from being installed though. Building the engine now. 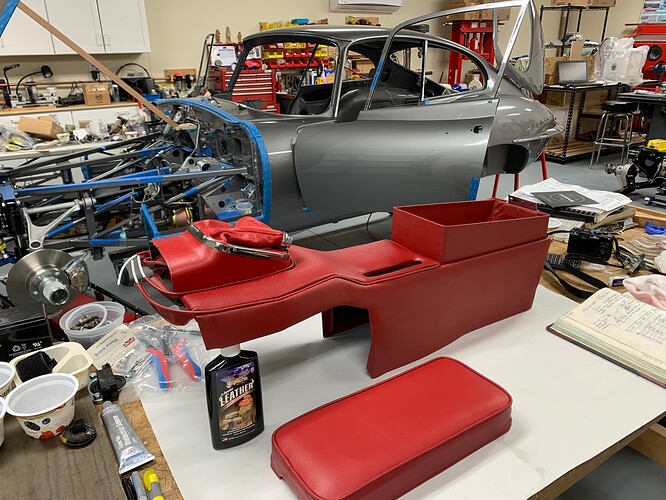 Edit: I didn’t know what a flocking kit was. Now that I do, I wish I had gone that route.

Edit: I didn’t know what a flocking kit was. Now that I do, I wish I had gone that route. 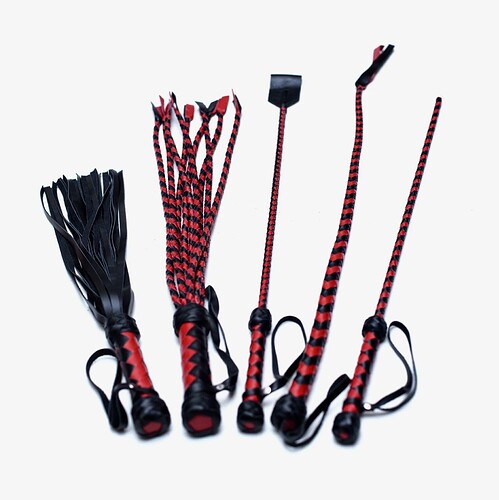 Oh wait…sorry!! He said flocking kit, didn’t he. My bad!!

Just had that picture lying around, did you?