Hi all here is photos of my dash according to everything i have read , in 1951 671124 their was no heater that came with my car , i believe it is the dash that came with the car . and any idea what the controls are on the LH/RH ends of the dash other than the heater control. 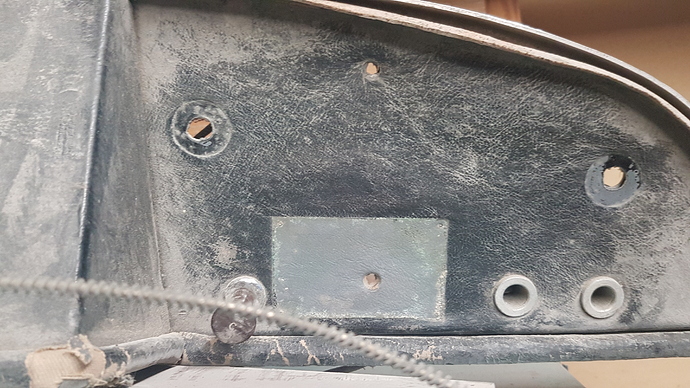 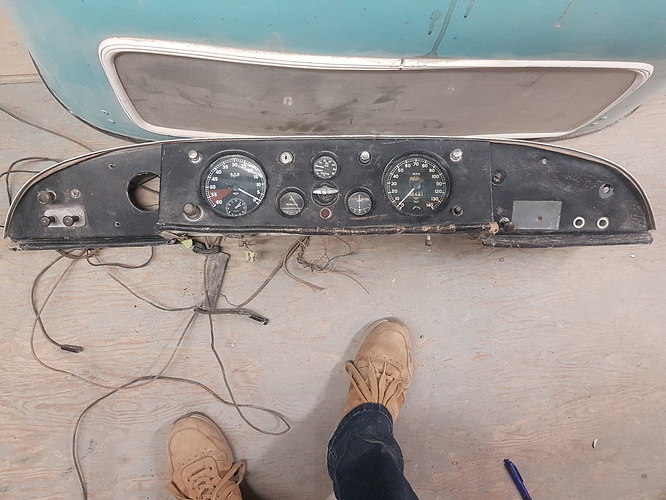 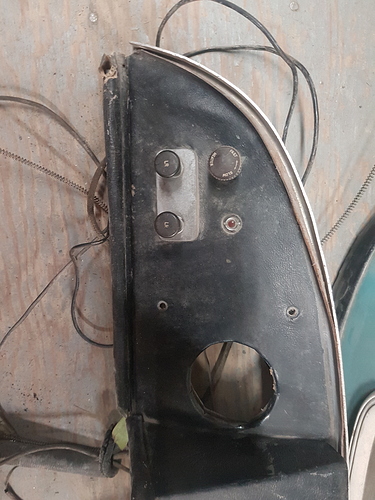 I’d suspect that the pair of switches, on the left, were for fog/driving lights and the single “C” switch on the right was for the “Choke/ Starting Carb”.

Mine has/had a switch for the carb, another for God only knows. Ejector seat?

No. No no no. That was stupid. Wrong… That was Aston Martin, not Jag. Still British though right?

Kevin,
Looks like your car may have had turn signals added as well. Is that a traficator light in line with the heater switch. I am also adding turn signals to the jag I am restoring. I am posting the picture of the dash in this car to compare to yours. Looks like one of my many holes may be the original one for the heater switch. I will use one of the others for the traficator indicator as well. 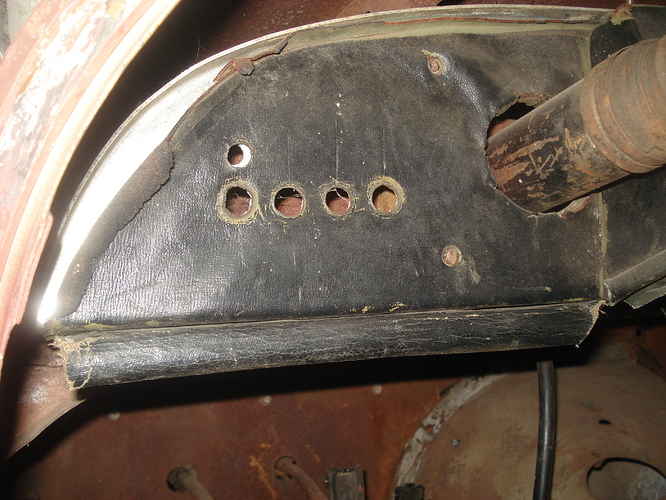 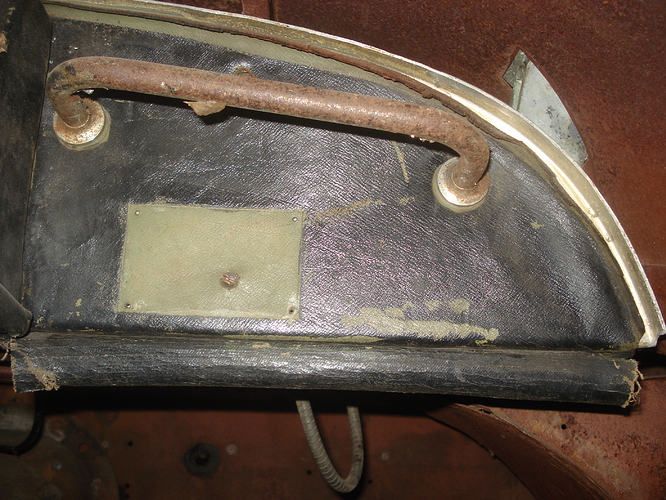 Kevin,
I know it’s another subject but I saw your hardtop (once again) in combination with your dashboard photo. Could you please make a photo of the two brackets that are used for the fixation of the hardtop at the rear? Are there brackets at the inside of the hardtop that fit under the standard chromed “Hood Retainers” (Jaguar code BD.3241)?

Looking at my dash from the back I am wondering if the 4 holes in a row were added and the slightly smaller hole above them is the original heater hole. None of the 4 holes that are in a row look like they were factory drilled. They are very crude. I appreciate people in the past who add non-factory things to the cars when they do such a hack job because it makes it easy to identify the non-factory elements. I just wonder some times how is it that they couldn’t even drill a round hole. I would be ashamed to say I drilled a hole like that, much less 4 in a row. 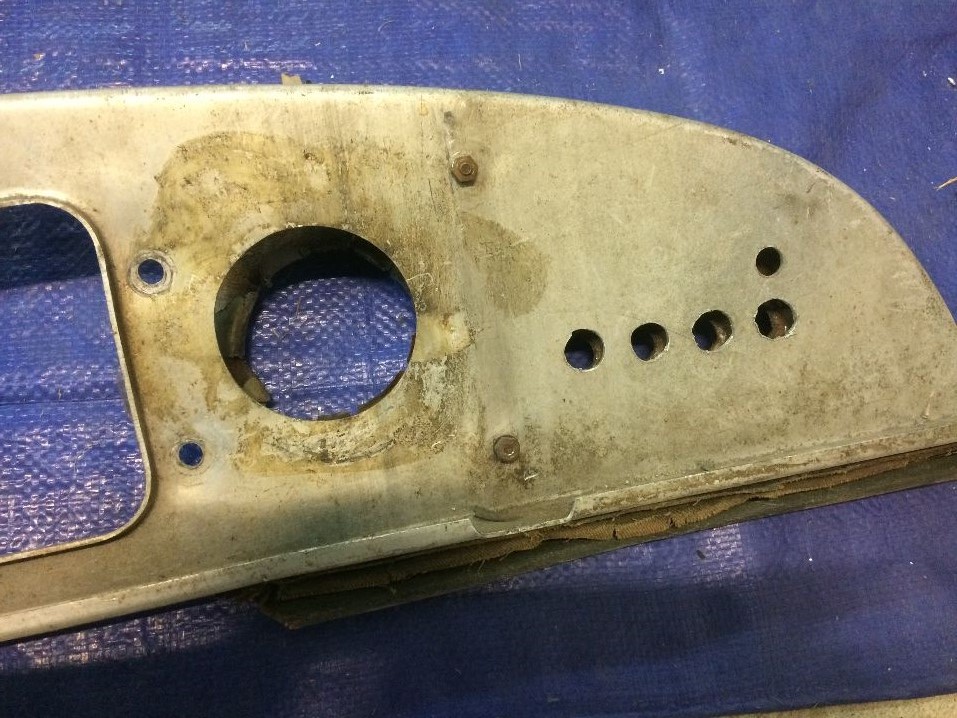 …I added some switches for this and that…one is to disable the ignition…one to turn off elec fuel pump while ignition is on.(.useful for testing electricals)…one for my hidden windshiield washer pump that is redirected small hose to front of radiator. and my start carb switch…under side as well. .I mounted a multi switch plate hidden well under dash in center where I can reach it…no new holes in dash…Nic

Good morning all, lucky me i found more switch’s . last night i searched XK DATA. Went though 1950-1953 that were showing photos of their dash panels . the findings are no XK has any switches on the LH or RH side of the dash . how could one prove the car came with a heater and signals on a 1951 that all information is telling me it should not have them.
Kevin 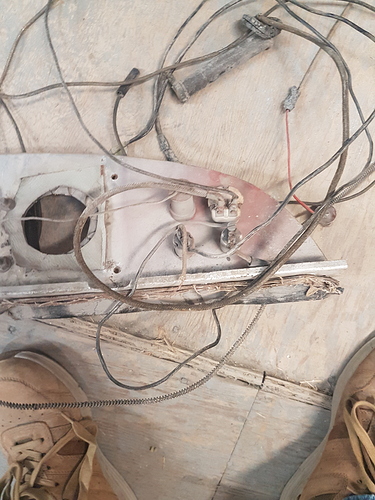 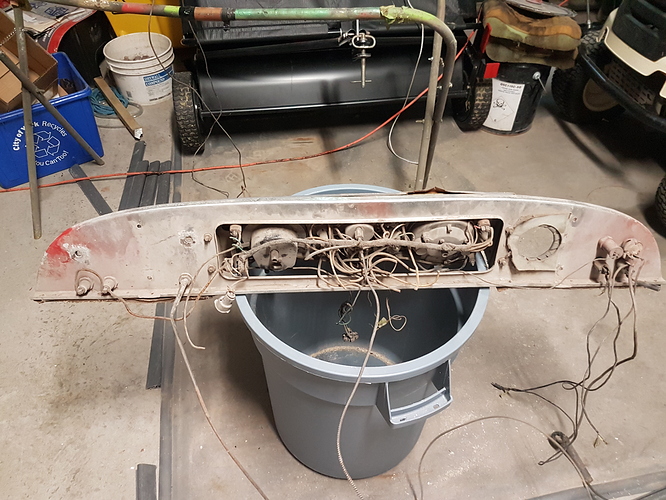 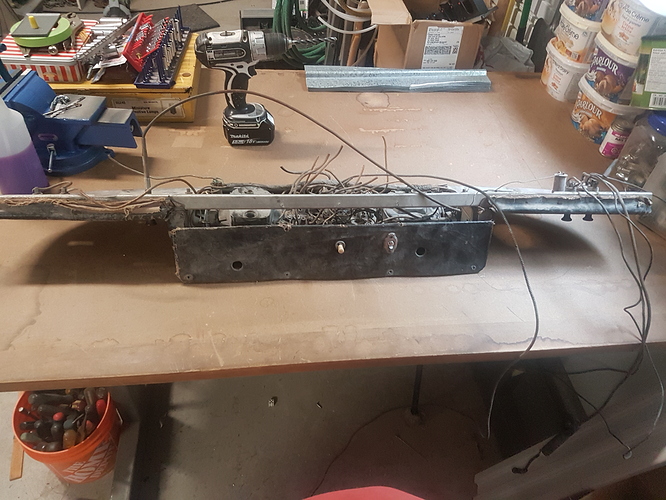 Kevin, it occurred to me that you may not be aware of the standard turn signal setup used on FHCs from '51. Here is my Nov '51 FHC.
Welded-on painted housing with twin filament bulb: 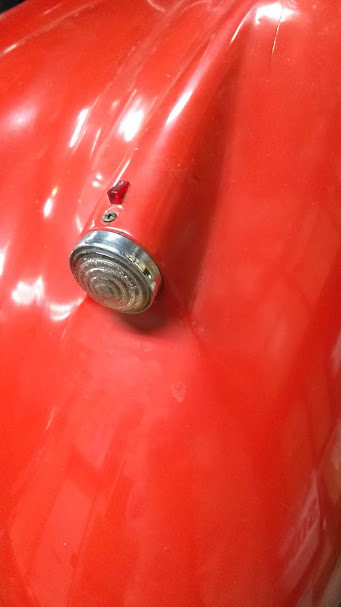 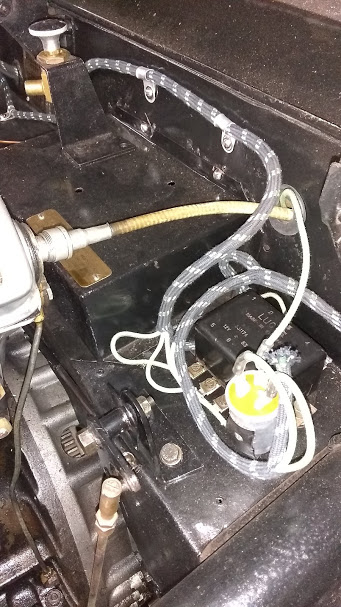 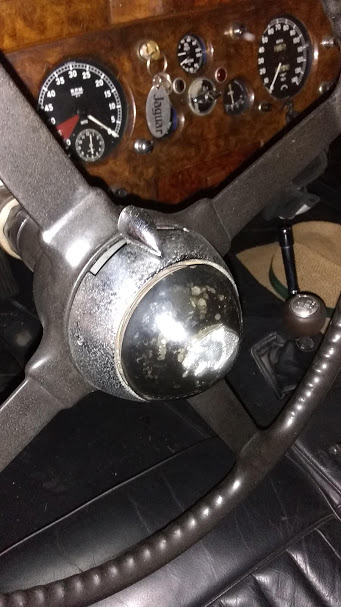 Heaters were optional on early OTS to Sept '51, but the installation method is not clearly specified.

A heater was standard on FHC from Jul '51.
Do you have the heater box and valve? 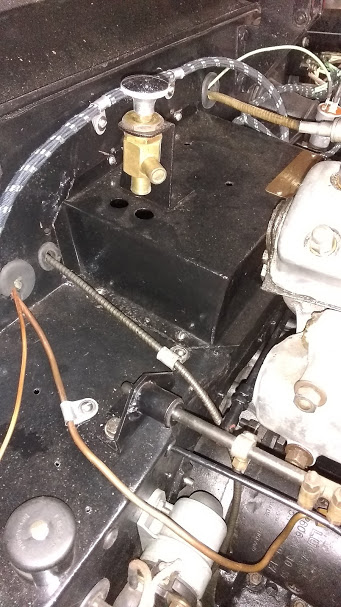 The box for the heater is on the firewall with holes drilled for the valve, I have the tug sol flasher , valve is missing and the relay box . The turn lights signals are the same as yours , the welded pods for the signal lights are welded on the front wings , I took them off to install the chrome lamps. I didn’t know about the FHC with turn signal in 1951
Kevin

Then it seems likely that your side lamp pods were added at some later date, or the front wings changed. 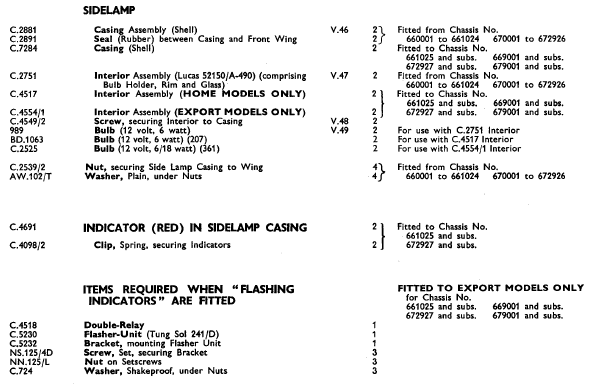 I am thinking the pods were added by the way they were installed , Looking like the signals were added after , and the heater may have come from factory installed . Rob thank you for sharing this information.
Kevin

The factory method for installing the pods was a couple of sheet metal screws to locate them, then spot welds around, then lead filling.
Surprisingly (or not) the pods are in the Electrical section of the SPC, not in the OTS body section, but they are in the FHC body supplement.

I wouldn’t think the light pods were even available to weld on the fender in May or June of '51 when this car was built, so it would have to be a later addition. Now the heater box was already a manufactured item and could have been added on the assembly line in mid '51, like on my car (5 numbers earlier than this car). I’m not even sure if turn indicators were an option that early in production, but if it was I wonder what the solution would have been. I don’t think the solution would have been to go in the future and grab some light pods to weld on. I am kidding of course, but do wonder if they had a turn signal solution yet in mid '51. I am adding signals to my car but have modified the bulb holder in the chrome housing to accept two smaller halogen bulbs of differing watts.

Hi Jim , I also had been thinking about wiring the front lights to signal . I have a friend in the town next to me that had a 51 OTS that early this year sold it an was shipped to England , when he did his restoration he had the shop only wire the back lights to signal as he thought the fronts were to small to be bothered with . I haven’t ordered the wiring harness as of yet , thinking the later harness with the wires already wired for the signals . And were is the best harness on the market to purchase a good harness.
Kevin

Heater boxes and turn signals were on the FHCs from their beginning in about Jun or Jul '51, initially using pods for the Mark V saloons and installed a bit higher on the wings (see 679012 on xkdata.com), then sometime later perhaps Aug and certainly before Nov '51 received the standard XK120 pods; but as noted above, signals were not offered on the OTS until 661025 and 672927 in Sept '52.

I got my wiring harness from Rhode Island Wiring Service, and am very happy with it.

Rob
I realize the time line of when light pods were initiated on the other cars, but my question still stands as our cars (Kevin’s and mine who’s are 5 numbers apart) were built in May. Mine specifically was May 11th. Do you think the pods from the mark V was used to update or option an OTS as early as ours or do you think there was no option at all for the OTS for signals and Kevin’s definitely has to be owner modified. That is the way I am leaning as Kevin’s car seems to have lots of other owner mods including that cool hard top.

Kevin
To answer your question of the wiring harness, I bought mine from XK’s unlimited before they were bought by Moss. I purchased the standard harness for the early cars without signals and added my own stand alone harness that mimics the routing of a factory setup. This is how I would have invisioned Jaguar to having done it if there was an add on option for the signals at our build date. I did not go for the later harness as placement of some of the dash switches changed when the signal cars came out and I did not want to relocate the data plate which is where the factory would have put the DB10 relay and flasher relay. I also have to add the sub harness for the add-on option for the heater which did not come with the new harness, but it is only 2 wires and they are all behind the dash.