What has anyone/everyone used to spruce up the sun faded dash? I’ve cleaned mine but I’m still not thrilled with the black/grayish appearance of the dash covering material. I hesitate to use any silicon leather/vinyl cleaner as some of them leave a greasy finish.

I am replacing mine with the usual re-cover item… but if fading had been the only issue I would have gone with vinyl dye (spray, SEM and others).

This stuff worked great for me! 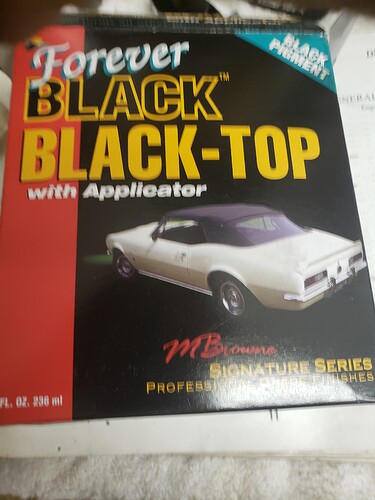 Just so happens I have that box in my messy cabinet full of car washes, waxes, cleaners, etc. I forgot all about that until you posted it. I may give it a try tomorrow.

update: went out to the garage and found it, trying it for sure now!

Good luck, let us know how you do.

The dash is a hard plastic molded piece that AFIK is unavailable currently. Best course of action is to clean it thoroughly, sand it lightly with 600 grit paper to create a tooth and paint it with an appropriate paint. I’ve used Surflex black on mine and it has created a wonderful looking permanent appearance.

The dash is a hard plastic molded piece that AFIK is unavailable currently.

What I just received from BAS UK:

Hi George - by dash I meant the vertical part - but perhaps Bob was speaking of the horizontal one. It’s actually called a “screen rail facia assembly” in the parts manual.The British - a different word for just about everything.

I was indeed referring to the vertical part too, errr I mean the “Screen rail fascia assembly”. Seems my English to Engish dictionary has failed me again

The British - can’t they just leave the language alone. Actually the screen rail facia assembly is the horizontal piece as shown in Georges post - the vertical pieces (2) are just plain facia panel assembly(s) and the center the instrument panel. They must be “trimmed” with the plastic pieces as no part number or description for those pieces is shown.

The British - can’t they just leave the language alone.

Indeed! The USA term “dashboard” is obviously far more descriptive and straightforward in its etymology.

Originally, the word dashboard applied to a barrier of wood or leather fixed at the front of a horse-drawn carriage or sleigh to protect the driver from mud or other debris “dashed up” (thrown up) by the horses’ hooves.[1] Commonly these boards did not perform any additional function other than providing a convenient handhold for ascending into the driver’s seat, or a small clip with which to secure the reins when not in use.

When the first “horseless carriages” were constructed in the late 19th century, with engines mounted beneath the driver such as the Daimler Stahlradwagen, the simple dashboard was retained to protect occupants from debris thrown up by the cars’ front wheels. However, as car design evolved to position the motor in front of the driver, the dashboard became a panel that protected vehicle occupants from the heat and oil of the engine. With gradually increasing mechanical complexity, this panel formed a convenient location for the placement of gauges and minor controls, and from this evolved the modern instrument panel, although retaining its archaic common name. 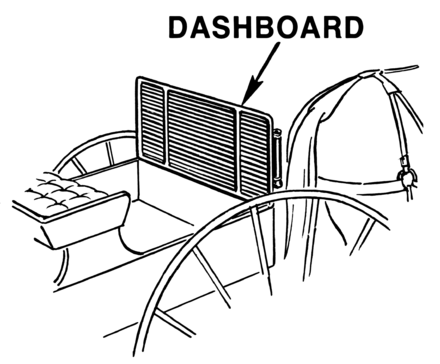 Hate to remind you guys but us Brits invented the language - so if anyone’s messed with it’s you lot!

As a pure born Brit I would use the terms ‘dashboard top’ for the horizontal piece and ‘dashboard front’ for the vertical piece.

The terms ‘Screen rail fascia assembly’ is pure’ jaguarese’ that even us Brits don’t understand.

Getting back to the orginal topic, I have had good luck with McGuiars Vinyl/Rubber Cleaner and Protectant.

Getting back to the orginal topic…

Hate to remind you guys but us Brits invented the language -

And here I thought it was originally invented by the Germans, Dutch and Danes, and imported to England by Anglo-Saxon Migrants in the 5th and 6th centuries AD.

Hate to remind you guys but us Brits invented the language - so if anyone’s messed with it’s you lot…The terms ‘Screen rail fascia assembly’ is pure’ jaguarese’ that even us Brits don’t understand.

I was being facetious (with smiley face) when I suggested that “dashboard” was eminently reasonable. But I had no idea that normal Brits didn’t actually use “fascia” as do my numerous Jaguar manuals. Next thing you’re gonna tell me is that the cantrails actually can?

Next thing you’re gonna tell me is that the cantrails actually can?

The way I see it, nope, they cant.