Well,Ive had Daytons for over 30 years.
Many say the MWS with the triple lace are better?
I only go tubeless , Anyone have long term driving thoughts.
Im doing 5 to 7,000 miles a year.
Thanks in advance.
gtjoey1314

I have 3 sets of MWS chrome with stainless spokes. No problems so far.

I have standard style MWS wheels - seven years with me and no issues - cosmetic or operational.

I just received a standard mws wheel.
I have to admit it is ONE notch above my last set of Daytons.
I will mount and see overall but it looks wonderful.
gtjoey1314

I have to admit it is ONE notch above my last set of Daytons.

Finish, spokes sealer on rim and spokes
The overall just looks better, will balance at end of the week

I had one of the first set of tubeless 20 plus years ago and everyone said I would get killed
The new owner is still driving on those almost 150,000 miles later
BUT there was a huge difference from those to the new Dayton’s I had both side by side
The old ones had thicker plating and thicker all the way around
I cleaned the coating off this mws and I’m telling you it’s close to the OLD Dayton
I do see a difference
Gtjoey13-4

I’ve used both brands. The Dayton inner taper that fits against the hub is narrower than original, about 1/2 as wide. This can allow rocking and fretting of the tapers. I had it happen on 2 sets. MWS is as original. No fretting
Doug

I’ve shared this before, but the Quality Manager at Moss Motors is a friend of mine, and was instrumental in their selection of MWS as Moss’ some supplier of wire wheels.

When I asked him his thoughts on this topic, his response was “Keep in mind when you watch the vintage racers hurtling around Goodwood, every car out there is running MWS wheels, and not one of them are running Daytons”.

7 years and ~ 20,000 miles on the ones on Tweety, on track and being flung around mountain canyons, and they were still dead true and leakfeee.

No, it’s not. It’s a somewhat dismissive one-liner that he’s honed, because he probably get that question 6 or 8 times per week.

On the other hand, he’s a mechanical engineer who spent a significant amount of time working directly with MWS to bring their quality level up to a level he is now extremely satisfied with, and proud of. I’m sure he could bang on for hours about all the inspections and salt-spray tests they’ve done in recent years.

If anything, that is the thing that makes him bristle the most…that people still dismiss the Dunlop/MWS wheels because they are made in India, and because they had quality issues a decade or so ago. He claims their product today is now superior to Dayton’s, which has rested on its laurels for too long.

Let’s be clear: I am NOT dissing the MWSs as (possibly) better wheels. They may be.

I don’t know, but I DO know my, and many others’ Daytons seem to have performed perfectly well.

are the Daytons Chrome but with SS spokes also? or all chrome?

What does the group think about Panasport style knockoffs. I don’t know who may make them now.

Not sure of manufacture, but Panasports were amazingly strong and durable.

I used them, over Minilites, simply because they were half the cost.

I love the look of them, on an E Type.

My Dayton’s were triple chrome, with SS spokes. 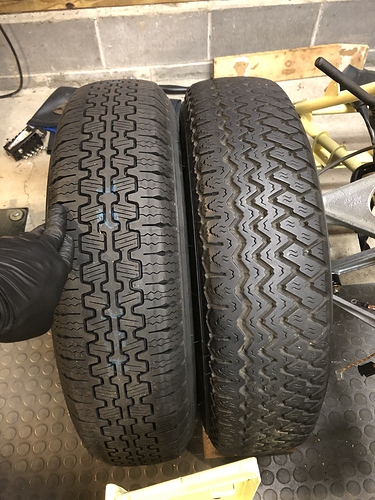 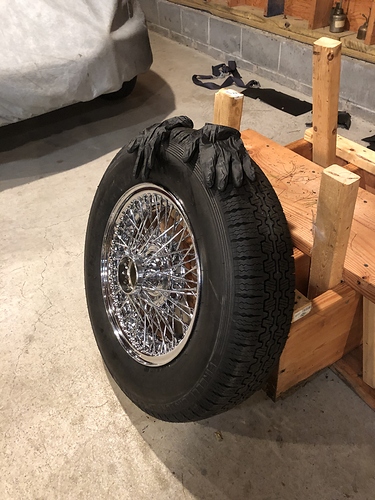 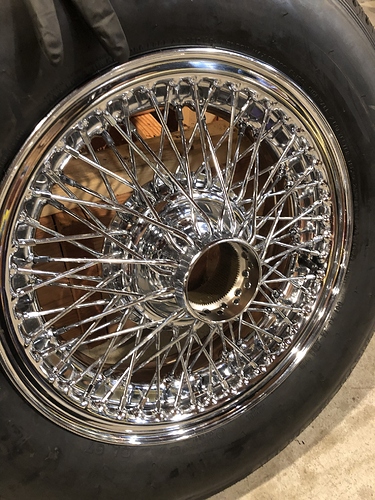 The weight used would be interesting, if the wheels, alone, were balanced sans tires.

That way we would know what the “base balance” would be. 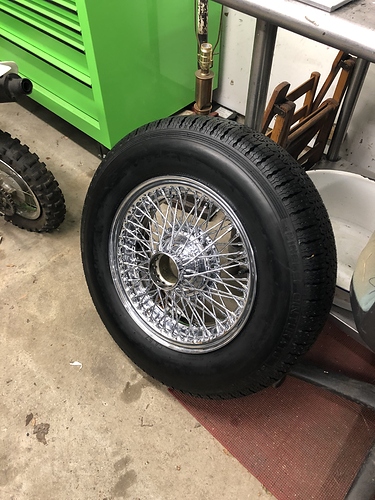