E-Type prices falling? So many being 'found'. Interesting

As of late, it seems like a number of cars have been ‘found’ and are finding their way onto the market. Cars put away 25 to 40 years ago are popping up on Ebay and Craigslist. Of course, all need to be regarded as ‘projects’ but rarity does not seem to be the case. We all know about production numbers, like only 5000 a year being produced, and in a way, that is amazing to find that there are that many that ‘survived’. I have seen more than my share of ones that had rusted away, and were too far gone to even consider a ‘fix-up’. Looks like a chance to get back on the list for a lot less money.

That’s because with values having gone up in the last few years, restoring some of these cars becomes possible.

When I reinsured my series 3 2+2 three years ago, Hagerty had no objection to insuring it for the $75k I spent on the full restoration. This may change in the future of prices soften up although I don’t think a few dozens barn finds are going to have an impact

These project cars have been going for big bucks lately, especially the earliest cars with outside bonnet latches, and the last of the S1 cars with covered headlights. Prices for all E-Types, and, indeed, collector cars in general, are on the upswing right now. The bottom hit in mid 2020. It’s a seller’s market at this juncture.

This graph of S1 cars from BaT auctions clearly shows the curve. 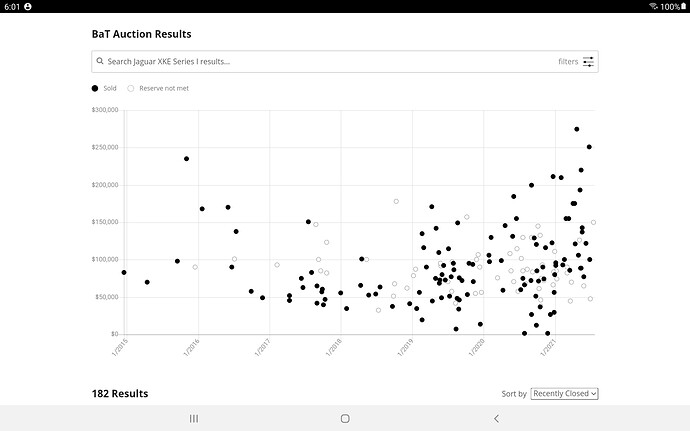 There’s a barn find heading to Gooding at Pebble Beach in August, esimated to reach 250k - 350k. Insane if you ask me.

Gooding & Company is recognized the world over as a leading automotive auction house specializing in the finest antique, classic, sports and racing cars.

There’s a thread in this forum on it:

Should be quite the time capsule – even has original Dunlop tires

Here’s a bargain barn-find if ever I saw one!

I can see the new owner proudly displaying this “sculpture” in his living room.

Nice way to “store” the bonnet.

Sad thing is, some yobbo will probably pay the freight for that (literal) pile of s… …tuff.

What I have trouble with is the lack of deductive logic being used by buyers of these E-Type barn finds. The important questions are, why were these put away and not sold to a wrecking yard at time of death? And why are they being sold by their caretakers of 50 years and not being restored by them instead?

The answers aren’t complicated. These exotic hand-built cars were every bit as complex as their Ferrari, Mercedes and Porsche contemporaries. They competed in the same races, and like those cars, the deep maintenance was comparably expensive. The difference was the cost of entry, where the E-Type was less than half the price of the others. In the case of the Mercedes 300 SL, you could instead buy two E-Types with another 500 pounds burning in your pocket.

So the demographic for an E-Type buyer was a person of far less means. By the time the car depreciated to the third owner, the entry price was reasonable for a hobbiest, but any extensive mechanical work would cost as much as the value of the car–or more. Young owners were reluctant to dump their cars at a wrecking yard for a dime on their purchase dollar, so they put them away, thinking they’d do the work themselves as they could afford it. (Note: I was that guy!)

Flash to 50 years later, and they never got to it. (Note: I was not that guy!) That owner is in his late 60s now, and he’s no longer interested in spending the time and money to restore his self-created barn find. Nope. He’s looking to make an easy 70 to 100k on his dead cat. The important thing is, he knows the engine seized when it overheated in 1972, and the cost to rebuild it was more than the car was worth back then. And he’s withholding that information to the new purchaser.

Simply ask, why was the car put away? Hopefully you’ll get a straight answer. Hearing something Iike, “My dad loved it and didn’t want to give it up, but after his stroke/heart attack/replaced hip, he couldn’t drive it anymore.” Okay, so stashing a perfectly good car in a barn to rot for 50 years makes just how much sense? Answer: it was an embarrassing, worthless mechanical disaster that with the passage of time, could appreciate to a worthwhile price level. And the time is now, because a bunch of wealthy idiots are willing to sink their money into a piece of Iiving room sculpture, never to recoup their investment.

Here’s a bargain barn-find if ever I saw one!

But the last owner was Annie Hall (though I thought she drove a VW bug cabriolet?).

I like how they tout ‘Dismantled ready for rebuild’ as if they have done important work. Looks like a 1:1 Airfix kit that was opened and dumped on the table.

Well, aren’t you just a bright cupful of sunshine!

And, I agree with every word.

The important questions are, why were these put away and not sold at a wrecking yard at time of death?

In the case of my '69 I suspect it was the dead rodent I retrieved from behind the dash. Desiccated like Ramses II by the time I found her (there were also 2 babies) but probably stunk pretty bad for quite sometime 30 years ago. 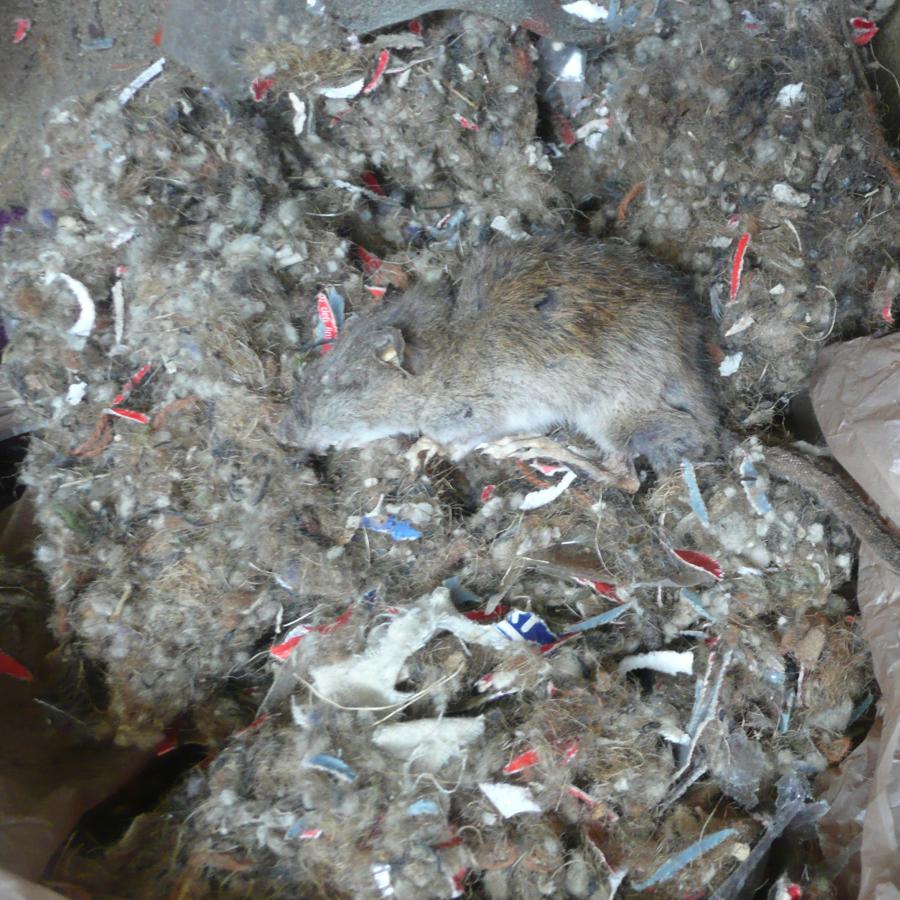 the hobby is pretty much over on these cars

Well said. If you don’t have one already, things are kinda bleak.

There’s a barn find heading to Gooding at Pebble Beach in August,

These “barn finds” heading to auction covered in dirt makes me wonder if there isn’t a profit center here for farmers. They can simply charge a reasonable fee to have the car parked in their field while they till the soil. For an extra charge, they can allow their cats to walk all over the now dusty car adding paw prints to the patina. Really, what is the point of selling a car that has not been washed? Does any new owner keep the car covered in dust? Wouldn’t you rather see what is under all that dirt before you buy than pay a premium for the the right to wash it off yourself? The point should be the condition and originality of the car, not the dirt that has accumulated on it from neglect.

Really, what is the point of selling a car that has not been washed?

I have often wondered the same thing!

Does any new owner keep the car covered in dust? Wouldn’t you rather see what is under all that dirt before you buy than pay a premium for the the right to wash it off yourself?

I once stumbled across a true barn find covered in dust. A desert TR6 that had been converted to petrol injection from a Triumph saloon. He even had a spare PI set-up having bought both while in Oz for astronomy duties. It had been parked a long time.

I asked what color the car was under all that dirt… he couldn’t remember.

He told me his price (about a third of what it was worth) and I encouraged him to do some research before he tried to sell it.

Yep. Unlike a dusty bottle of wine, a neglected car doesn’t get better with age.