Had a local guy come over the house today really a pleasure to meet him. He has a couple 3.8 e type race cars. Thought it was really cool with 2 spark plugs per cylinder and a marelli distributor cap. Was graced to have it in the driveway. 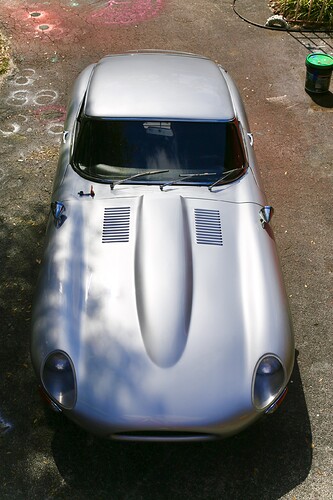 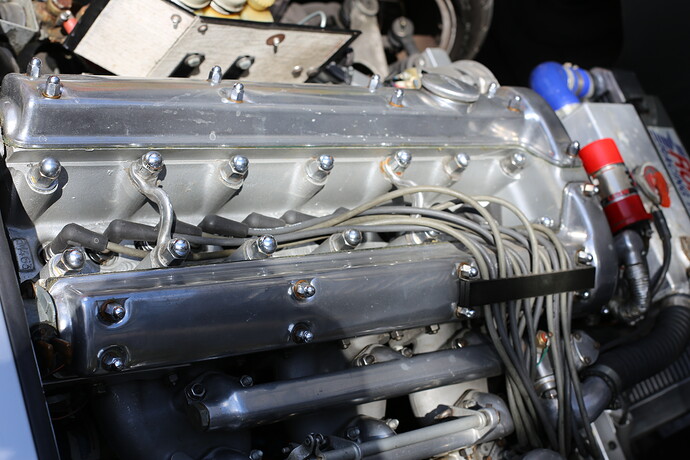 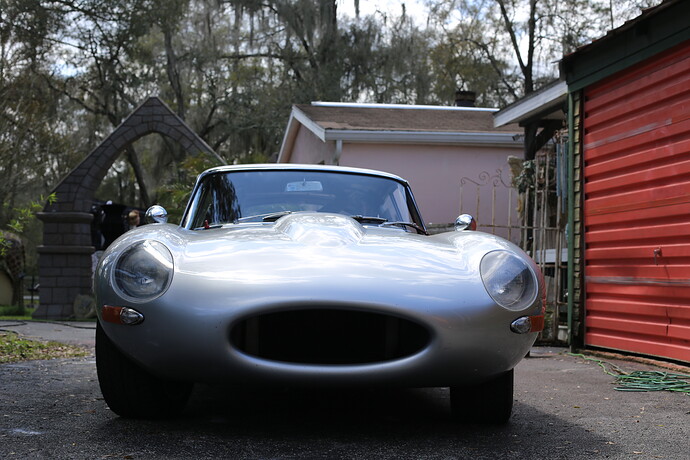 Any feedback on improvement provided by the twin spark setup?

I ran across this website a while back and was intrigued by the idea, but for the cost…my E-type won’t be wearing them!

With what sanctioning body does it get raced with?

He has another one that he exclusively races at places like Sebring. The one he brought over he uses for road mostly but maybe a little trac.

Any feedback on improvement provided by the twin spark setup?

Years ago I was at Jaguar Heritage when it was still on Browns Lane. D-type XKD 605 was outside with the bonnet up and a guy working on it. I saw that it had a wide angle head with 12 spark plugs but only 6 were hooked up. It was on the 3.75 Litre engine. Turns out the guy working on it was Peter Wilson who worked in the Competition Dept from 1961-1966. His book says Jaguar never used the 12 plug XK engine for racing and that this head had mainly been used to investigate alternative spark plug positions and that the use of both plugs had shown no advantage over single plug operations.

I never have seen a “narrow” head with 12 spark plugs. That is really cool. I too wonder if it might be better even though does not appear was any advantage on the wide angle head ?