With my 1954 XK 120 came a 1952 JL gearbox that had a different Top Cover, not identical to the “average JL” gearbox that I knew. It turns out that such a Top Cover is correct for the initial series JL gearbox as used on the XK 120. May be the information below is also of interest for other readers.

Position of the Reverse Lamp Switch on early JL gearboxes of the Jaguar XK 120.

The first 4347 JL gearboxes still used the “old” Top Cover Jaguar C.1927 continued from the JH (and SH) series gearbox. These gearboxes are numbered JL8806 to JL13153. The difference with the later ones is the position of the Reverse Lamp Switch (C.1083 and Lucas 31077) which is located at the rear end of the Top Cover (gearbox lever side); see picture below.

From gearbox JL13154 this switch moved to the front (see pic below).

The change of position necessitated a new Striking Rod for the reverse gear (that operates the switch). Old rod was Jaguar C.878 and was replaced by C.7358.

Note that the JL series gearbox was used on both the XK120 and the Mk VII, so the exact number of XK 120s with the old JL Top Cover is not known. This gearbox was used approximately from January till October 1952. Taking the XK120 production figures per month (Philip Porter in Original Jaguar XK), we arrive at a total of about 2140 XK 120s (both OTS and FHC) that had this type of gearbox. This implies that roughly 2200 of these gearboxes were used for the Mk VII. The JL gearbox for the Mk VII has a different Rear End Cover but is otherwise identical.

Introduction of the “stop pin” on the 2nd speed synchronising sleeve

Around the same time, Jaguar introduced a “stop pin” to prevent that the 2nd speed synchronizing sleeve could move too far back, causing the 1st gear to become stuck. This “stop pin” was introduced on gearbox JL13834 which dates probably November 1952.

See also the excellent article on this subject by Rob Reilly

I notice an unused feature on your early JL top cover at the front.

I suspect if it was on an OD box it would be drilled and tapped there for another switch for 4th gear.
However an OD box I have here has the 4th gear switch in a different place, a little further back. 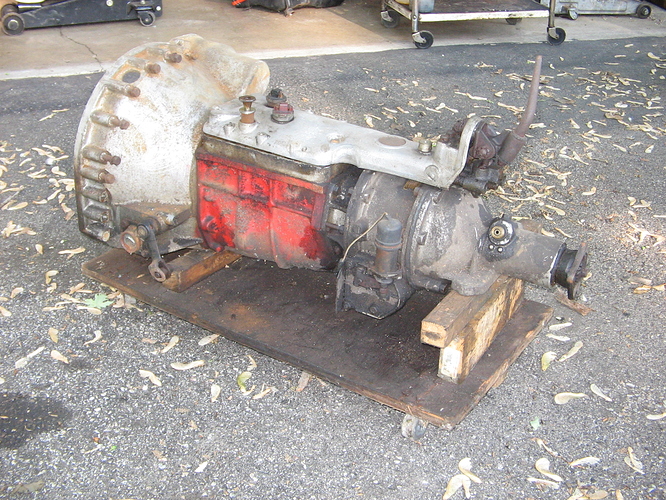 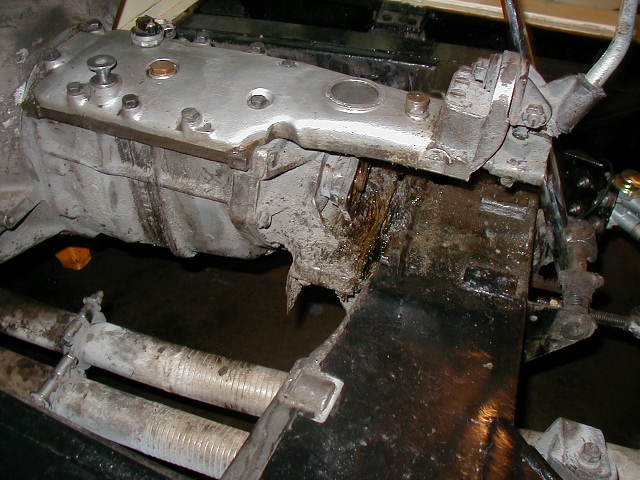 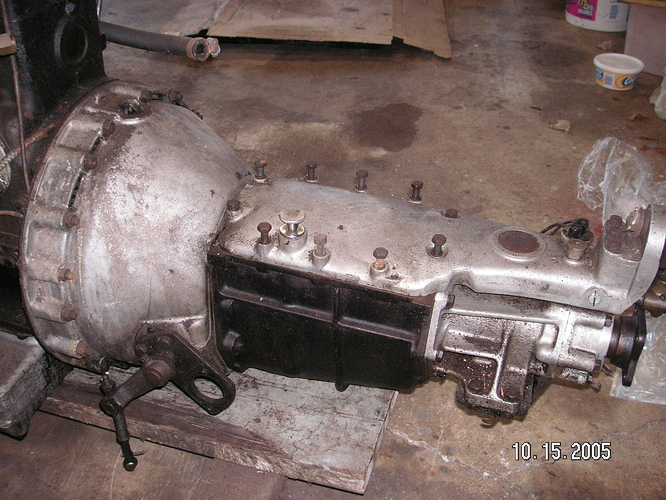 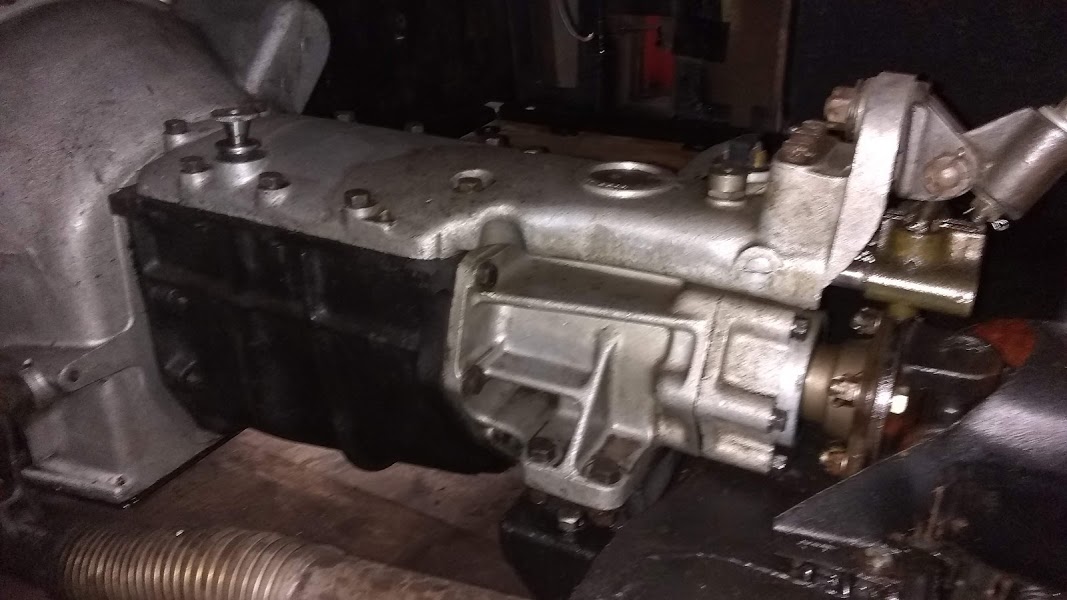 Had a closer look at the boss on the Top Cover of my gearbox JL12717 (built about mid September 1952). This boss is exactly on top of the casting part that holds the end of the reverse striking rod. See picture. 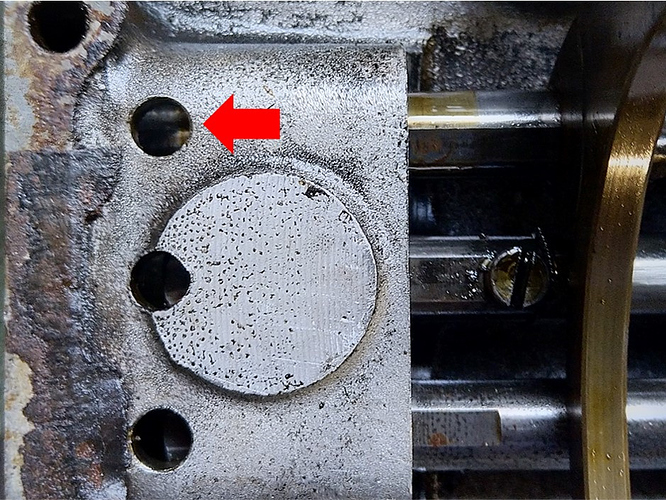 Could it be that Jaguar was experimenting to move the Reverse Lamp Switch to the front of the Top Cover? We now know that they decided for a different location about 2 inches further back (which resulted in a new part number for the JL Top Cover and a modification of the Reverse Striking Rod).

Top Cover C.1927 was also the standard Top Cover for the JH gearboxes and apparently Jaguar did not change the part number when this boss was introduced. Would be interesting to know whether there are more Top Covers in the range JL8806 to JL13153 that have this boss. As mine (JL12717) is already towards the end of this period, we might find an introduction of this boss somewhere in this period

The later Top Covers for the JL and the JLE (Overdrive version) are identical (C.6878) and (like you say) a brass plug was fitted in the opening for the 4th gear switch if no Overdrive was fitted , I don’t know exactly when an Overdrive became available for the Mk VII but I guess it would be around the same moment as the introduction of the Top Cover C.6878 took place (October 1952), meaning before that date there was no need for a second switch.

Like Socrates said: " The more I know, the more I realize I know nothing".

Yes, you’re absolutely correct.
So it wasn’t an attempt to relocate the Reverse Lamp switch but a first idea to introduce a Top Gear Switch required for the Overdrive
Still the question remains why they opted for a different location for this on the later Top Cover. Again, it would be interesting to know when this “first attempt” for the Top Gear Switch was introduced.

I will rewrite/correct the above piece and place it on my website.

Nevermind, my question was answered upon a second look at the post.