Silly question probably. But I have recently purchased my 1984 Jaguar Sovereign 4.2. The car was built in Browns Lane, exported to Switzerland and has ended up with me in Germany. So here is the question: why does the Temp dial show Fahrenheit? It is marked 65, 70, 75, 80, 85. Which I am willing to bet is not Centigrade 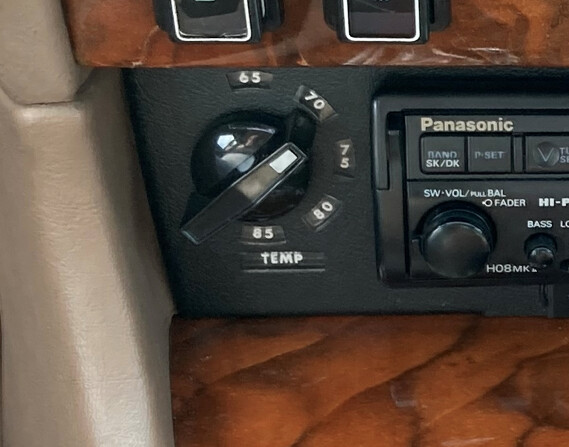 **
Just one of those things, Kit; the Del is an American product - and getting whole numbers in C would be more trouble than anybody considered warranted. So they are all in F irrespective of market - as David implies.

the Del is an American product -

Delanair? Actually, Frank, it’s a British thing. If a person was interested in trivia they could look up the interesting history of the parent company, Delaney Gallay.

Right. I suspect the majority of owners simply regard the control as a “warmer” and “colder” device, with no particular attention given to the numbers on the dial. Well, I do, at least.

I don’t remember when UK went metric, and US was a major Jaguar market anyway - and maybe someone at Del was against metric…

I ascribe to the colder/warmer use. My jeep follows American tradtion. No numbers. A band f red for warm anmd oe in blue for cold. When it is hot around here, i go full blue. when cold I go full red.

OTH my tankless water heater has a meter. In C. Celcius?
I guess t the F eqivalent. roughly twice the number??

Waht matters mre than the number, is how if feels at the faucet.

Thanks for all the feedback. I suspected that at some point in its history, an owner had switched the panel or the heating unit for a US model

But I like the idea of a warmer / colder switch! 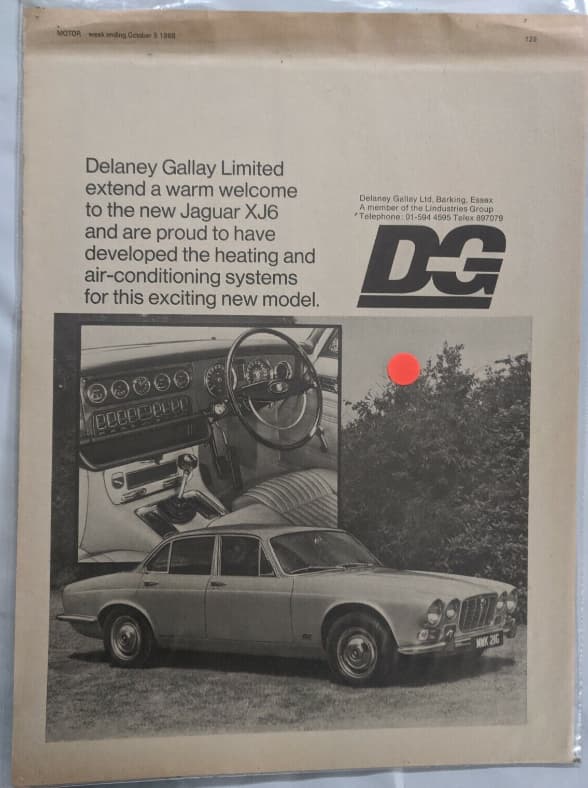 They mention AC but the picture shows an non-AC car

The S1 has a HOT dial, off……10, and if AC is fitted there’s a second dial on the left side of the radio doing the same but it says COLD; instead of the jags badge. Both dials read the cabin air temperature and adjust automatically.

Point of the degree scale is probably that the Mk2 unit is supposed to be more automatic, designed to keep a specific temperature. The heater only cars had different scales that are a bit odd at first. And some cars, maybe the XJS or some markets, hat the cold temperature in blue and the hot in red, same dial.

OTH my tankless water heater has a meter. In C. Celcius?
I guess t the F eqivalent. roughly twice the number??