So the front drivers side fender has started to detatch from the car. I’ve attached a picture, of someone else’s part, and circled the part that has, essentially rusted through. There’s really nothing left.

Does anyone have any suggestions that does not include taking it to a body shop? I have no welding skills or supplies. 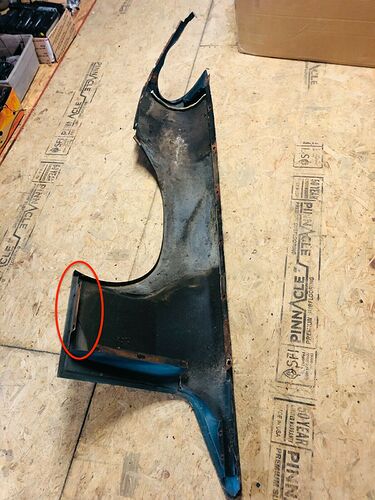 Veekay . . .
Both Welsh and Coventry West sometimes have used parts from cars that they disassemble.
On this list, Stephen Niznik and Rob Laughton seem to have copious supplies of parts cars.
Good luck . . . Ron

I’m not looking to replace the fender. The body part in the photo has no additional parts bolted to it.

Worst case is I remove the fender, clean it up, and glue (somehow) an L-shaped piece of metal with two holes lining up to the old location.

What kind of glue? Is it something body shops only have access to?

Is glue a terrible idea? I know welding would be better, but I can’t imagine the paint surviving that.

I’m sure gluing isn’t the best as corrosion will eat the remaining metal, but if you decide to go this way, some marine adhesive should be able to get the L shaped part to the fender and to the body 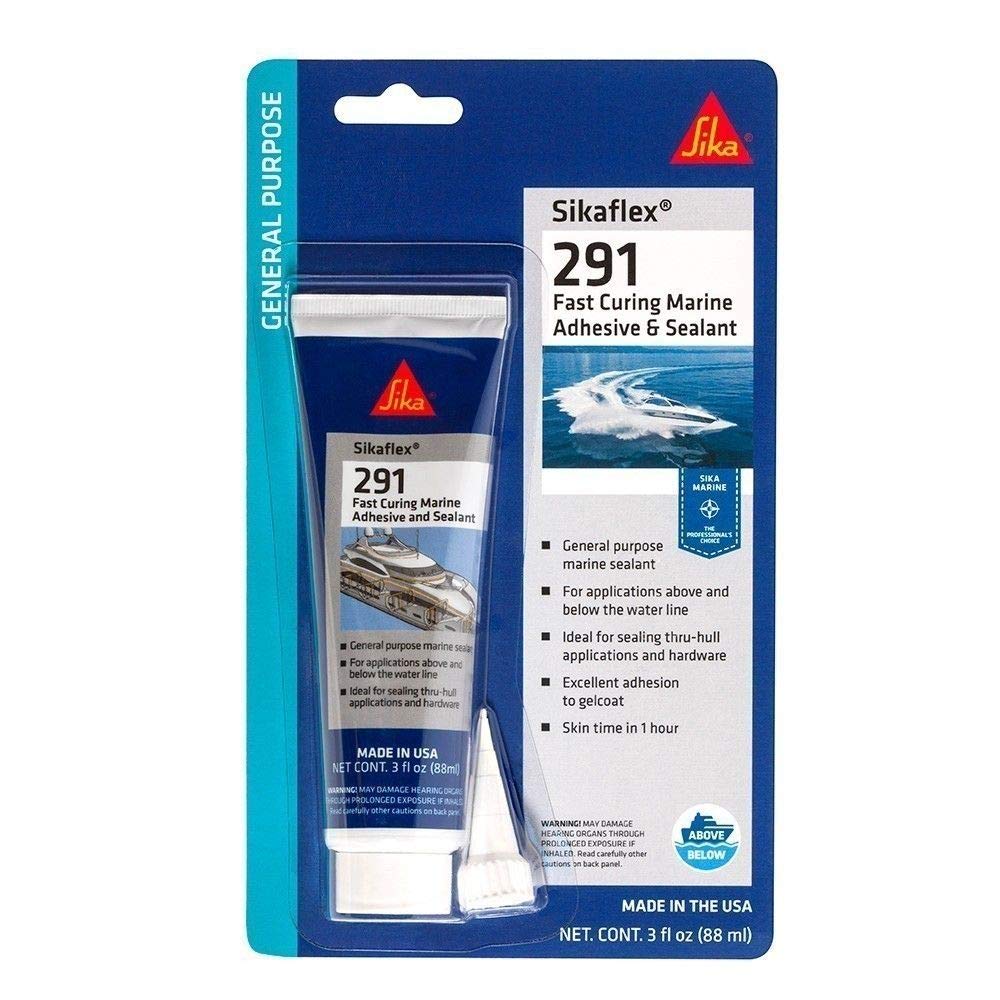 edit : be careful with this : it’s VERY black and tacky when fresh, and very hard top remove when it has hardened

Thanks! Have you ever used SikaFlex 292?

If the mount alreasy separated from the panel - there is not much life left on your paintwork anyway - not in the lower section. Welding it the only option, assuming that you have some sticking metal left to weld on - you can take it to the good welder to MIG braze it. Depending how’s your panel eaten - you can also use small drill to create a hole for the screw, then use a punch to make countersink from outside, grind the head of the screw flush and install the nut from inside. You will have only tiny ping to touch up this way, but that’s like a carving in sht…
Mig brazing makes miracles, photo below shows sheet of 0.7mm mild steel with edge mig-brazed. Try it with regular wire and you will end with huge blow-hole due to heat accumulation. With pulse-TIG you will get thousand-times better results, maybe even with paint intact on the other side (while placed on good heat sink).
Best-ever corrosion protection comes free with this method… 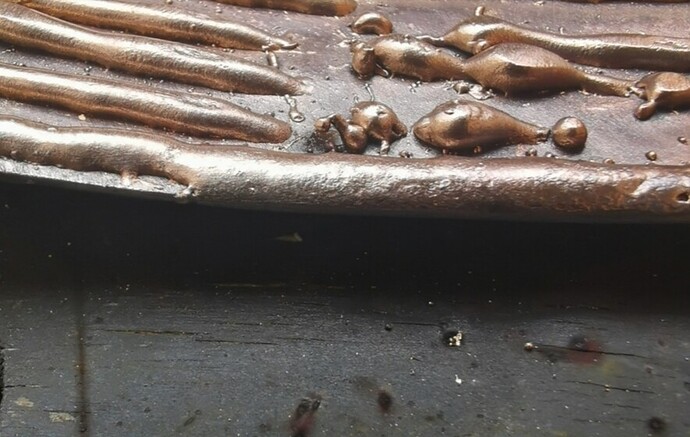 We just recently had a thread about a guy who removed a sunroof from an XJ prior to installing a vinyl top. He glued in the panel to fill the opening, using a glue that was made for the job.

It’s called panel adhesive, any parts store that has a decent paint and body inventory should have it or at least be able to get it. The only downside is usually it comes in packaging that automatically mixes the two parts as it gets dispensed and usually the maker has a special gun with two plungers similar to a caulking gun and they’re proud of it (cost). I’m sure for a one time use such as veekay’s use he could get creative and come up with a way to use it without the special applicator gun.

The manufacturer used it on the cars that have plastic or fiber panels glued to medal attaching pieces.

The back side of the fender needs to be free of rust before use or he just Pi$$ing in the wind. And I’m sure the next owner will cuss the Prior owner for their backyard bodge.

I read some of y’alls post on here and think of when I built my log home from scratch using modern tools instead of draw knives, adze, hand planes or any other traditional tools that the settlers would have used and some of the smarta$$ comments from people and my response would always be do you think for one minute if chainsaws or electric sanders or any other modern tool had been available back when that they would have used the labor intinsive tools that that’s what they would used,

Most current production vehicles use panel bonding for outer panels, and manufacturers recommend it’s use for replacement panels, such as door skins. Usually the adhesive is around the periphery and a couple of MIG/spot welds hold the panels in alignment until the adhesive reaches full strength. From experience using it, it bonds reasonably well to rusted metal and will probably work for Veekay’s situation (at least for a while). It is expensive when you factor in the applicator; might be cheaper to fabricate a bracket, clean the attachment areas, and take to someone to do the welding. Probably a couple of plug welds will attach it, and aerosol prime/paint after.

Thanks. The attachment is purely for lateral load…just to keep the metal body panel from going in/out, not up/down.

I’ll take a look when I remove the panel with the intent to use a glue. I’ll just stick a bent plate of aluminum and drill in some slotted holes. Should do the trick.

Removing the rust will be the fun part. The original bracket is significantly thinner than any of the other surrounding metal parts.

Removing the rust will be the fun part. The original bracket is significantly thinner than any of the other surrounding metal parts.

Sandblast it. Use one of those small hand held units. Somebody had one listed in the classifieds short while back. Buy some cheap painters tape (2") to tape the outside of the fender, use two layers should be fine. Those small hand held units are easy to control shouldn’t be a problem, shouldn’t generate enough heat to cause any warpage. Treat the naked metal with Ospho then glue the crap out of it.

Similar to the following.

don’t know what happened to my link. just google handheld sandblaster several links with pic of unit will come up.

I was planning to use the Metal Prep that came in my POR15 kit.

Should be fine I used the Ospho regularly which is why I referenced it. It’s a good product and most tru value stores stock or can get it. Last I bought was bout $20 a gallon very inexpensive for the purpose it serves and a gallon goes a long way.
I very seldom used POR-15 as every paint line at one time had their own products, not knocking it.
When I was at my prime I tried not to mix product brands for the simple reason if you had a problem and had to call a paint rep in first question out of their mouth if they seen a product other then theirs was how do you know the problem is with my product rather then the this other brand sitting here.

I basically have repaired a similar rust area on the left fender of my ‘88 XJ-S; the coolant atmospheric tank overflowed, soaked the pad underneath it, and in time rotted out both the bottle bracket and the fender bottom. As I have a MIG and body skills, I fabricated a new bracket and welded new metal in. In retrospect I could have glued the new metal in…metal was cheaper than the glue kit and gun (and I am cheap). You might consider steel, though, so no electrolysis issues.

Yes, you are right. Steel it is

Veekay, if you are looking for an inexpensive way of bonding a flange to your fender JB weld would work fine as long as you were applying it to clean freshly sanded/ground metal. A slightly better and slightly more expensive bonding material would be West System G-flex which has a bit of flexibility built in making it less likely to fail due to a hard shock. G-flex would require the addition of the west system thickener. Painting a thin layer of unthickened g-flex to the rest of the metal in the general vicinity would very effectively prevent further corrosion.