​​​​​​​So while the shop was attaching my fuel supply line, properly, they noted that the “Pinion Seal was Leaking”.

Pics are attached. Not sure what’s involved, or if this is something I should let a shop perform? Any suggestions? Is there any “while you’re there” kind of things to consider? 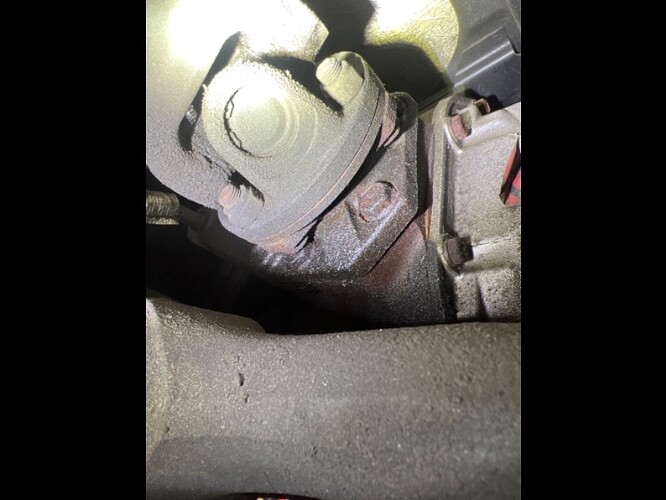 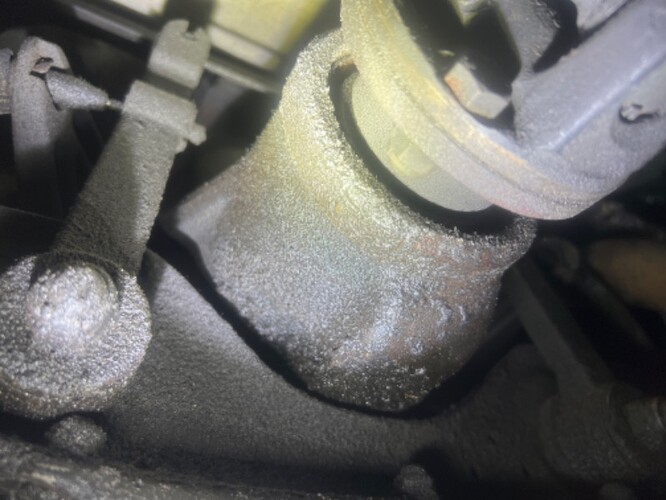 Easy-peasy. Just mark the pinion nut so you get it back to the same place. You’ll need a breaker bar and some way to keep the flange from turning.

Item 2 was replacing the pinion seal. The pinion seal leaked when I got this diff, which is out of about a 69 eType. ( I wanted the 3:54 gears. I still have my 2.88 diff and will send it off for a regear someday.). I decided to wait until it was in the car, cause it’s easier to get the pinion flange off when the diff is held by the car. I marked the pinion and the nut so I could get the preload back to where it was. More on that in a sec. [image] I had to use my 1/2” breaker bar extended wi…

Not sure about the peasy, but it does appear straightforward….I even understand your dads trick.

Thank you for posting

Hi- your second photo shows a pinion… and it doesn’t look too bad. Might not leak. First photo shows an output shaft and it is leaking. The “trick” doesn’t work with output shafts seals. Plus the bearings are ALWAYS toast due to the way the output shafts serve as upper control arms of the IRS. Anyway, it’s a doodle for facelift cars with outboard brakes. Get new bearings and seals I. A single kit from SNG Barratt or whoever. That’s FOUR bearings. You unbolt the out shaft, unbolt retainer, and remove two bearings at once pulled out from each side. Then you rebuild assembly on the bench and install again. There is a crush sleeve in the kit… I’ve done the preload method with a new crush sleeve and I’ve reused old crush sleeve with new bearings and seats and neither has been a problem. If old bearings and race are same thickness as old when measured with a micrometer there’s no reason the put in a new sleeve and crush to spec… the old sleeve will be close enough. Anyway have fun, you seem like the brave type from past posts here.

I’m more of an idiot who always thinks I can do it myself….if only to learn something new.

The problem is that I don’t have a lift….just some ramps. I have to figure out whether I wanna get underneath this thing and do it.

I’m still bitter about making the wrong decision and letting someone else replace my fuel tank. I should have done it myself. So this might be a revenge project for me.

I should have done it myself.

Almost always the right answer on these cars. Nobody is going to give it the attention to detail that you will.

Regarding the output shaft seals, the complete output assembly with new seals and bearings is available from the usual’s. That might be a better answer than removing and stripping down yours. I have rebuilt my output shaft assemblies on my inboard brake 89, it was not difficult, but required a pretty giant socket and a little bit of fiddling. I don’t know the differences for outdoor brakes. Forum search will reveal a lot of posts about rebuilding output shaft assemblies.

I recently had an output shaft assembly with bad bearings rebuilt on my Salisbury diff by Coventry West. About $200. Took just a few days, including shipping. My car has outboard brakes making R&R of the assembly easier.