We all know about about Humphrey Bogart and Patrick Dempsey. But Francoise Sagan (1935-2004) , a highly successful French writer, playwright, screenwriter and novelist also loved Jaguars. She owned at least one XK120 Roadster bought with the proceeds from her first novel published at age 19 , an XK140 DHC, and I believe an E-Type roadster, among many, many other interesting cars
Favorite quote : “Money may not buy happiness, but I’d rather cry in a Jaguar than on a bus” She also said " A dress makes no sense unless it inspires men to take it off of you" 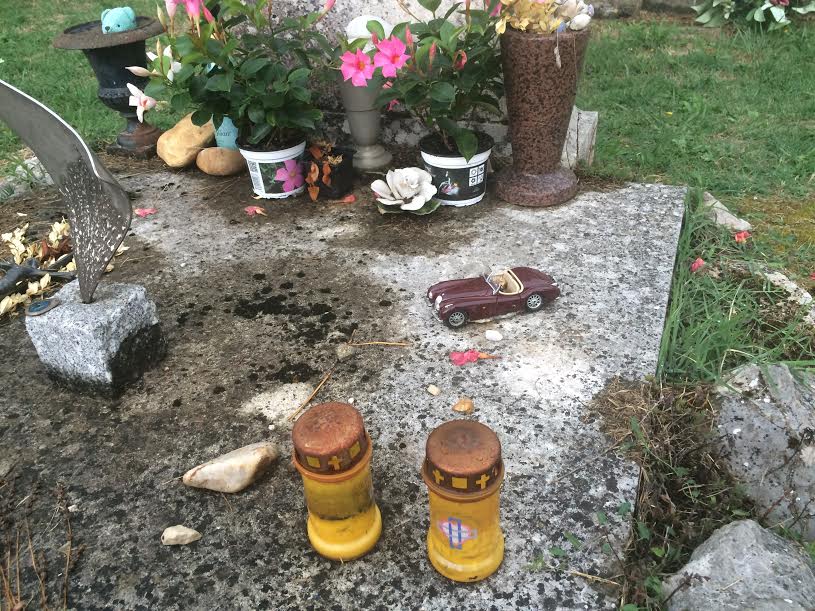 She owned at least one XK120 Roadster

… bet she never drove it, wearing a looooong scarf… 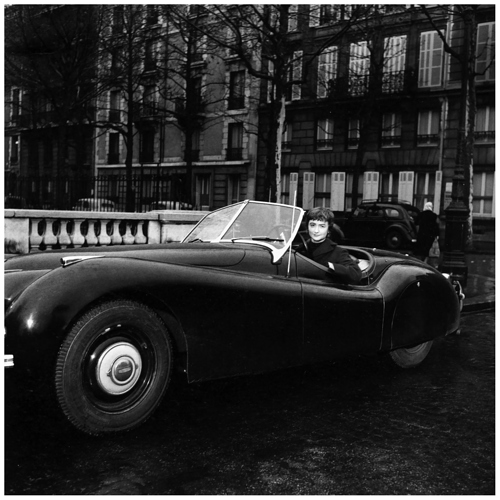 Maybe she did drive it with a looooong scarf, I don’t know, but If she did, it didn’t end up tragically a la Isadora Duncan. What she did though, as she was a heavy right foot driver, was flip over an Aston-Martin DB2/4 convertible while racing a friend, landing upside down and living to tell the story.

Did she pinch someone’s hubcap from another different coloured car in the car park?

Very funny and I’ve been wondering why that car had a different color hubcap. More likely, her driving style made her lose the original hubcap. Or maybe someone pinched it and she retaliated as you suggest…

Or… maybe all the rest are white, and that’s how she liked it?

Paul,
You’re on to something. Here’s another picture showing the other side of the car and the hubcap is… white too! 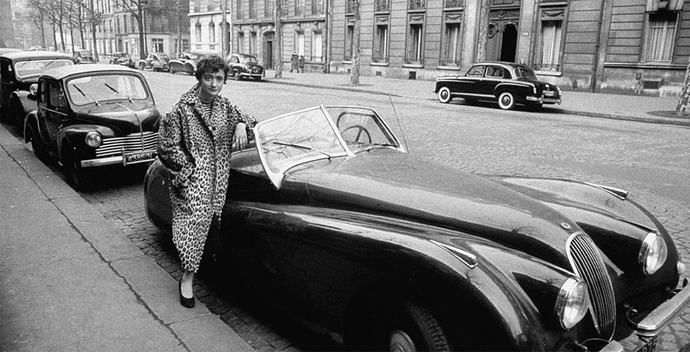 Occam… was a VERY insightful fella!