First XK120FHC for sale in Germany(?)

Not an ad and no relation with me, but though it would be interest to show: according to the seller it’s the first FHC produced, apparently with some unique features. 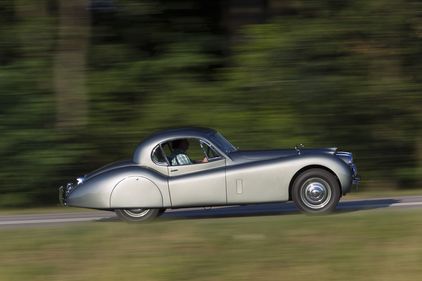 No affiliation, not a classified.

Love the detail that it was used to deliver post in rural Virginia for 20 years.

I think the fav detail of my cars history is that the PO bought it from a dairy farmer.

Find indeed the next paragraph odd: “In 1989 the No. 6 (???) was imported to Germany by a major Jaguar Collector. It was restored within”. Maybe the oldest one with matching numbers?

The last digit of the chassis number?