Fog Ranger lighting for a mark 1

Hi all was hoping to get some information about fog Ranger style lighting for the front of my mark 1 as opposed to the standard Mark 2 they’re used on can anybody tell me are the “Pie plates” also known as the “embellishers” suitable for a mark 1 application clearly they are different hauntings. Cheers all Aussiemick

The MK1 used stand alone Fog Rangers, not mounted on “embellishers”.
This was my brother-in-law’s 3.4 MK1. 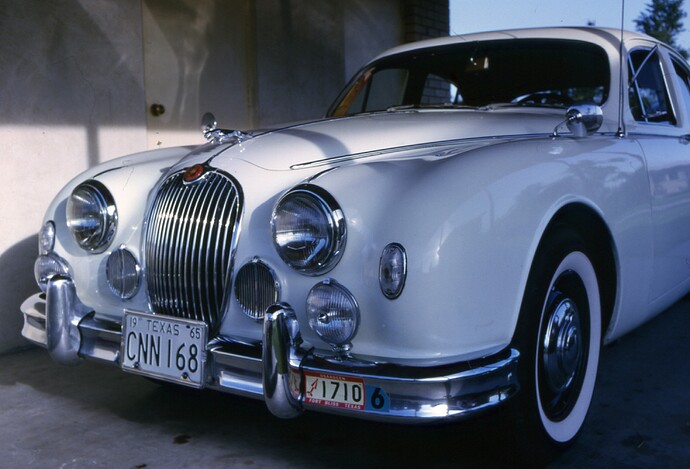 These Fog lamps aren’t Fograngers, they are Lucas ST 576. There are plenty available second hand, and are now being reproduced, retailing at about £100 here in UK.
They were fitted to lots of cars in the 1950s, especially quality motors such as Aston Martin, Rolls Royce, Bentley, Lagonda. Jaguar fitted the Fogranger model to the MK2 in 1959, but continued to fit these to the Mk9.
The horn grilles fitted to the MK1 were different to those later fitted to the 240 and Stypes, when the foglights were deleted in 1967. They were the same as those on the Mk7 to Mk9 range. They were a bought in stock item and fitted to other makes. Rolls, Bentley, Armstrong Siddley perhaps. They crop up at times on eBay, but the chrome is often pitted.

You’re right, I should have said fog lamps. My father’s 3.8 MK2 had the Fograngers…