“Why the LT engine is even better than the LS, and may be better for you.”

Take the time to watch this and think it over. Trust me, it won’t be a waste of your time.

“Why the LT engine is even better than the LS, and may be better for you. 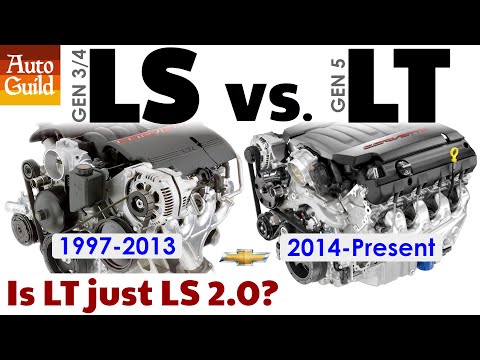 The LT1/LT4 (1992-1997) was the last of the original small block Chevys that started in 1955. It was also the most sophisticated, efficient, and can make great power.

I want to second Jon’s post and encourage anyone on the Forum who has a lump or is considering building one, to please chime in here and share your experiences or questions.

I have been working on my 1985 XJ6 for over 2 1/2 years and hope to have it on the road this summer. It has a 1995 LT1/4L60e from a Caprice police car (9c1). I have built the engine to be closer to the 1996 Corvette LT4 spec’s, but nothing even close to radical. The car will look completely stock, including original paint, 215-70r-15 tires, original wheels and it will occasionally be a little dusty. I am building a sleeper and the only outward indication that it isn’t stock will be very tasteful LT1 letters under the XJ6 on the boot lid and larger exhaust tips coming out under the rear bumper. It will even be quiet.

Well folks, I should have looked at the YouTube video that Jon was referring to before I wrote my last post. As Robin’s post is showing, Jon’s YouTube is comparing the Gen 3/4 against the Gen 5 engines, these are the more modern replacements for the Gen 2 LT1 that I mistakenly assumed his post was about. There was also a Gen 1 LT1 SBC in 1970.

Dave,
Now you’re talking! A nice 376 LT2 with active cylinder management would make the XJS a Grand Touring Coupe of the “first magnitude”. With a nice 6-speed automatic transmission (gearbox) and the proper suspension, as well as brakes, would make it cruise right along with the MB/AMG “top dogs”.

With the substantial number of LT1 engines and peripheral equipment available, these enhancements would make the Big Cat Coupe a force with which to be reckoned.

In the immortal words of John Travolta in the film Broken Arrow, “Ain’t it cool?”

So many possibilities, everyone will build to their style.

Dave,
With the elevated horsepower and torque ratings of the LT 1-2 platform, one can avoid the “lumpy” idle of a wild cam setup. Such an arrangement allows the Jaguar to operate with the smoothness as was intended at the vehicle’s inception. This eliminates the annoying hopped-up “rumpity rump” noise that betrays its strength, just a smooth growl, and intense power delivery the engineers designed into the LT mill. The “boy racer” images don’t behoove the smooth and elegant, Grand Touring image of the XJ series.

Yes, I’m a strange one that believes in the regal dignity of the Jaguar automobile.

My swap was legal in 2006. Engine and transmission from a 94 Cadillac Fleetwood Brougham. Engine all iron. Used a kit from Johnscars and a harness from a now defunct maker. Some Jaguar-Specialties and Suncoast sourced parts as well.

Was not easy. but I got it done. Not a hot rod. but, sure does drive nice. Sounds good too!!! I included a V8 badge under the XJ6 badge…

Precisely. The “hot rod” image detracts from the Jaguar’s “cachet”. I leave this to the “high school” crowd often ending in reckless and pointless tragedy. IMHO, hot rodding is for the “kiddie” crowd while smooth power delivery and reasonable fuel mileage are the hallmarks of responsible high-performance driving and maturity.