Much like it says in the title. Does anyone know the answer to this?

I’m obviously not expecting a figure like 200psi but I am curious.

I just re-assembled another engine (875cc Sunbeam Imp) and it’s quite easy to turn it by hand with the pistons etc connected.

Last night I put my cleaned V12 crank back into the block which doesn’t have new bearing shells but does have new rope-seal (see my other thread for details) and tried turning with a large spanner on the pulley-bolt.

It’s turning fine but needs a good bit more effort than the other engine I mentioned.

I appreciate it’s a much larger engine but I guess the question is should it spin round with only very light pressure or would you expect to have to put a bit of effort in? 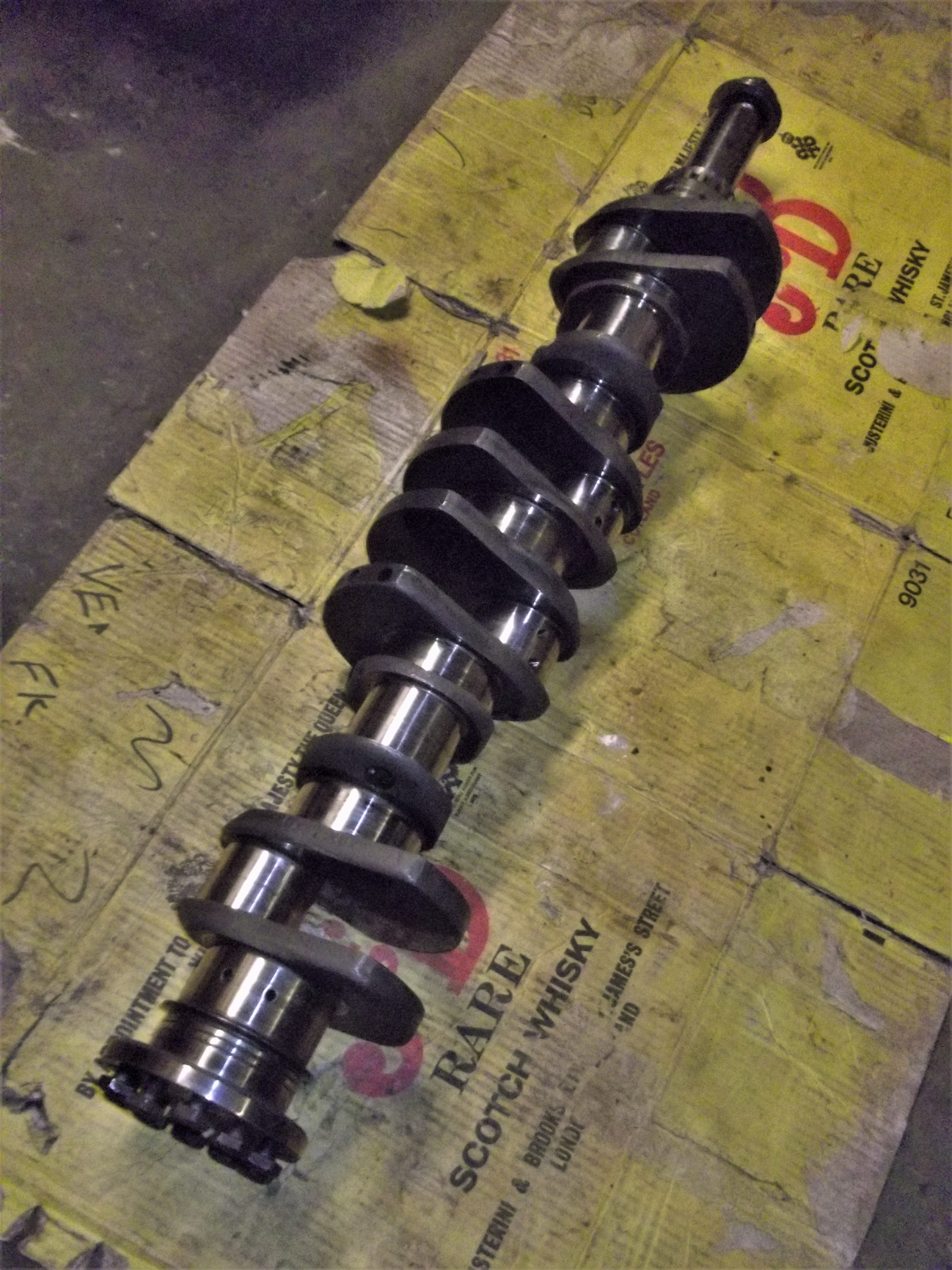 crank cleaned and ready to put back in block 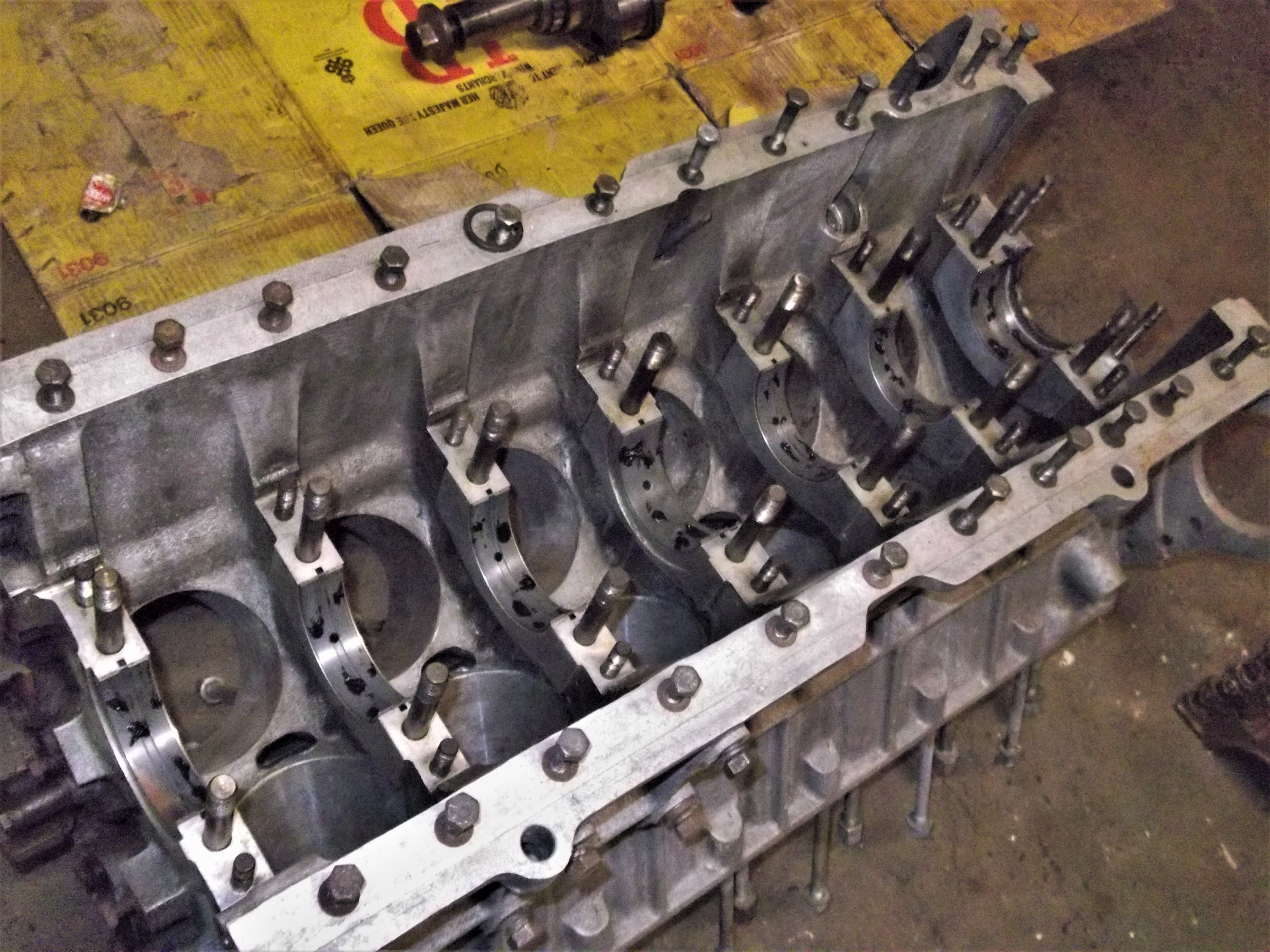 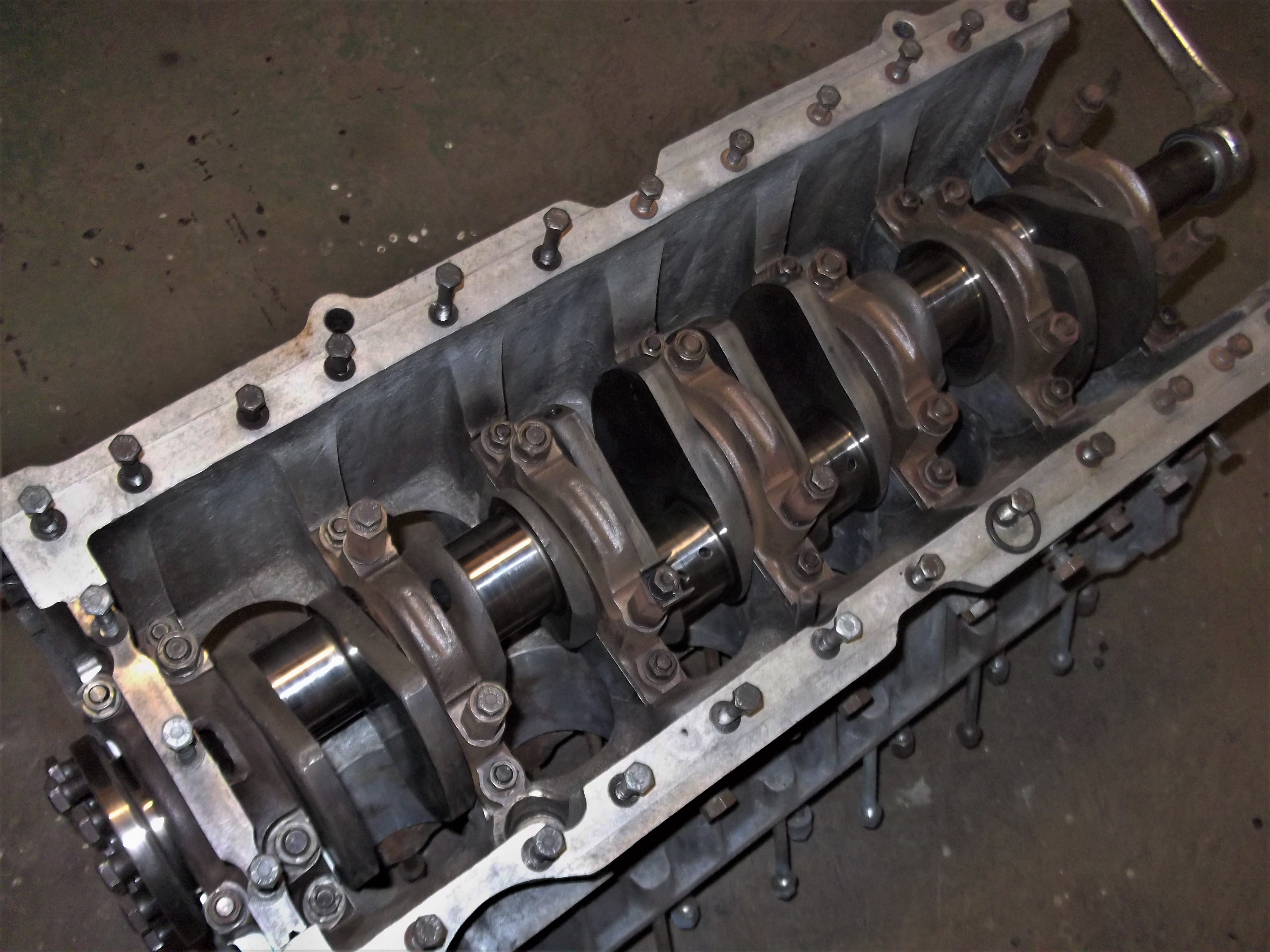 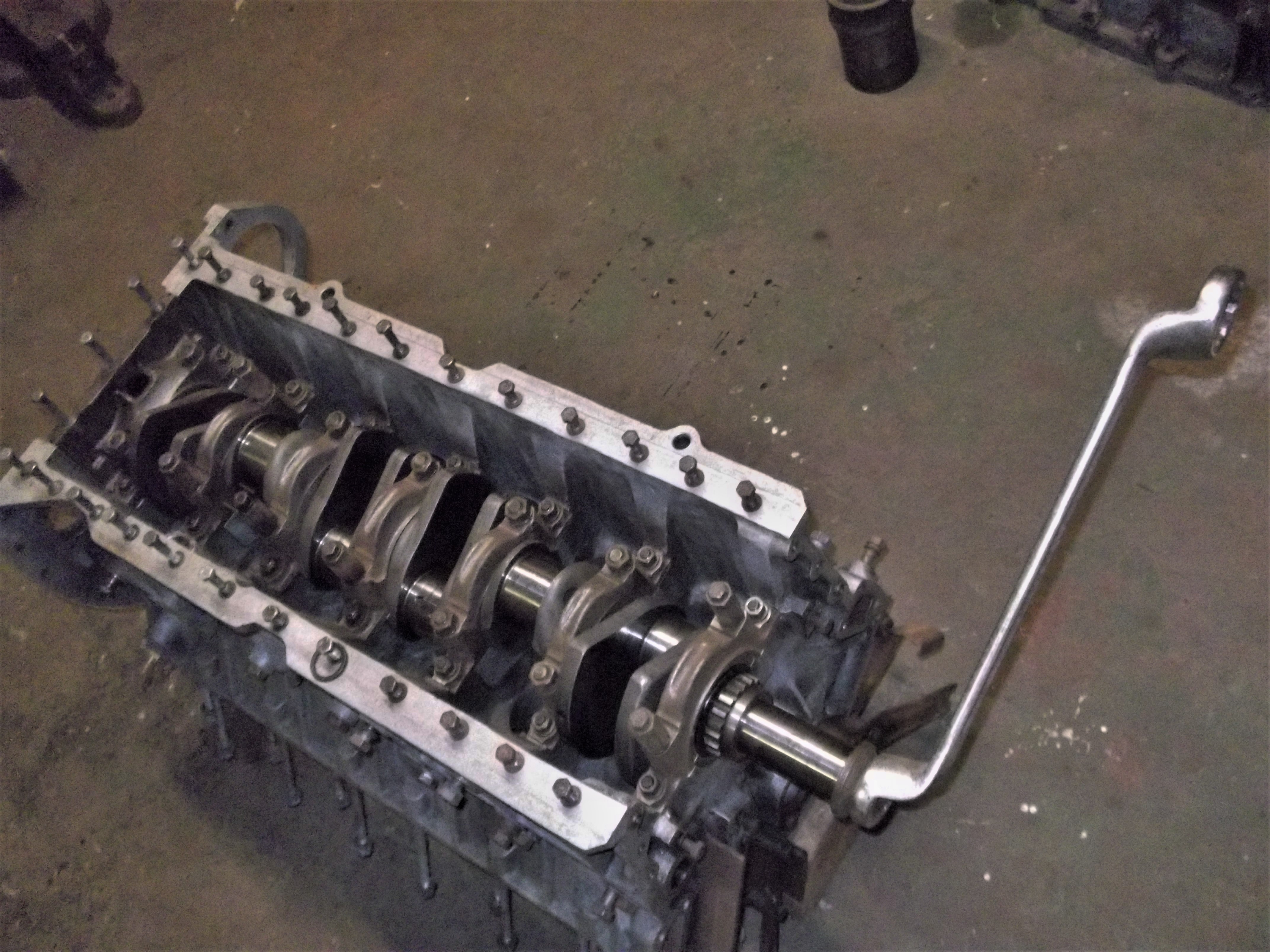 Even with new bearing shells and lubed with sticky assy lube I can easily turn my V12 H.E. crank by hand on the pulley nut. No wrench required. Measures less than 5 ft-lbs on the torque wrench. This is with the original gray used Rope Seal reinstalled in the block.

After installing the aftermarket white rope seal that came with my gasket set, it required SIGNIFICANT torque to turn, needing a wrench. Sorry, did not measure. Experience told me it was way too much without pistons installed. I had used the crank and two wraps of aluminum foil (about 0.001" added) to complete pressing the seal in, then removed the foil. (I don’t have the sizing tool.) The new white rope seal was so tight the rearmost lower bearing shell got scuffed when I turned the crank a bit.

I’m reusing the original rope seal (44K miles) with a bit of non-hardening permatex at the bottom of the groove. I’m not going to do better even if I get a sizing tool and the correct new jaguar grey seal. The white seal seems just too thick.
PS - Rear bearing shells have the oil channel, the center bearing shells are plain. Grooves on thrust washers face outwards, facing the moving crank journal.

Thanks very much for the reply. Most interesting.

I started off with the white seals then was advised to do it again with grey/gray.

Long story short one is gray and one isn’t. 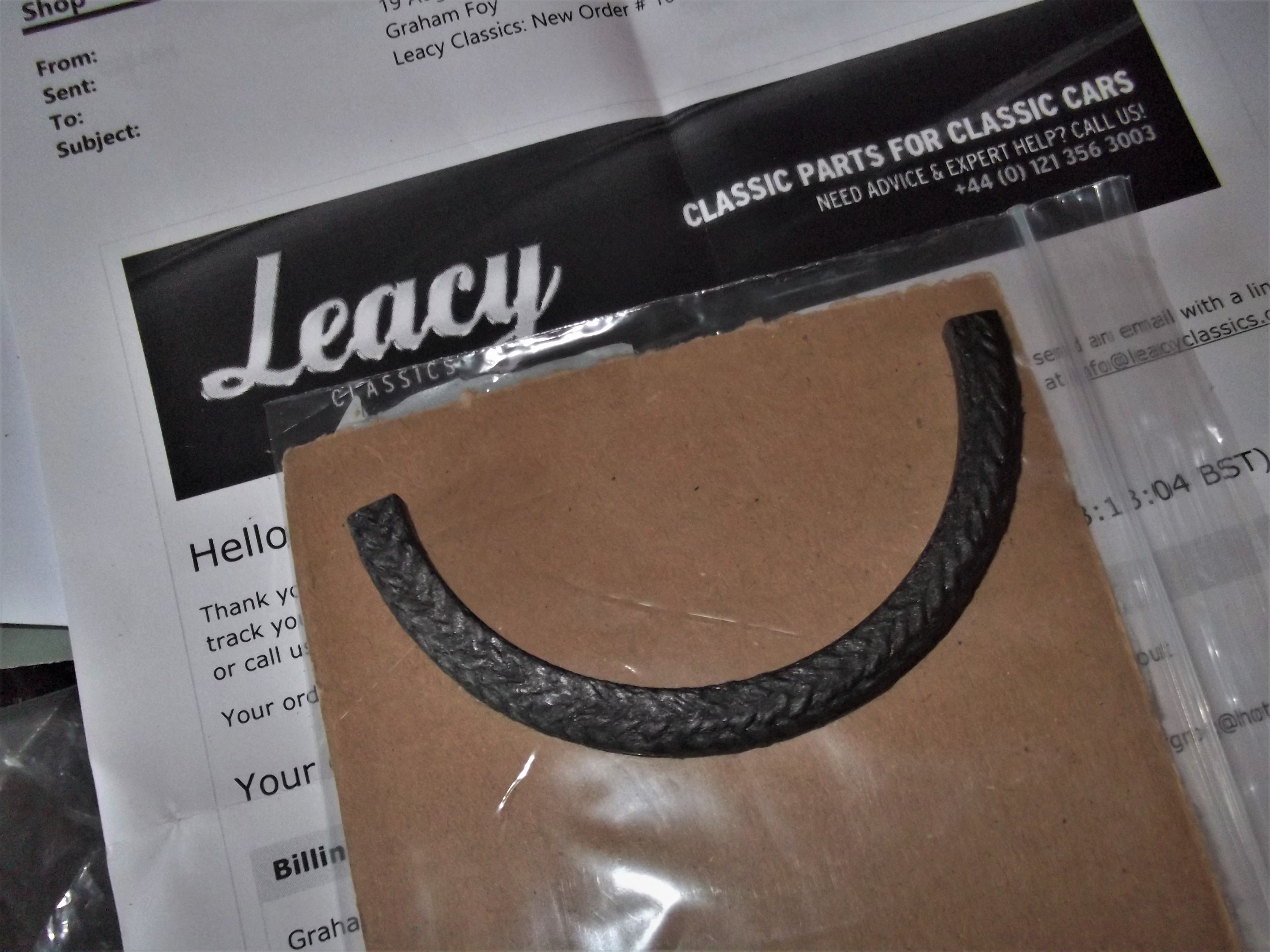 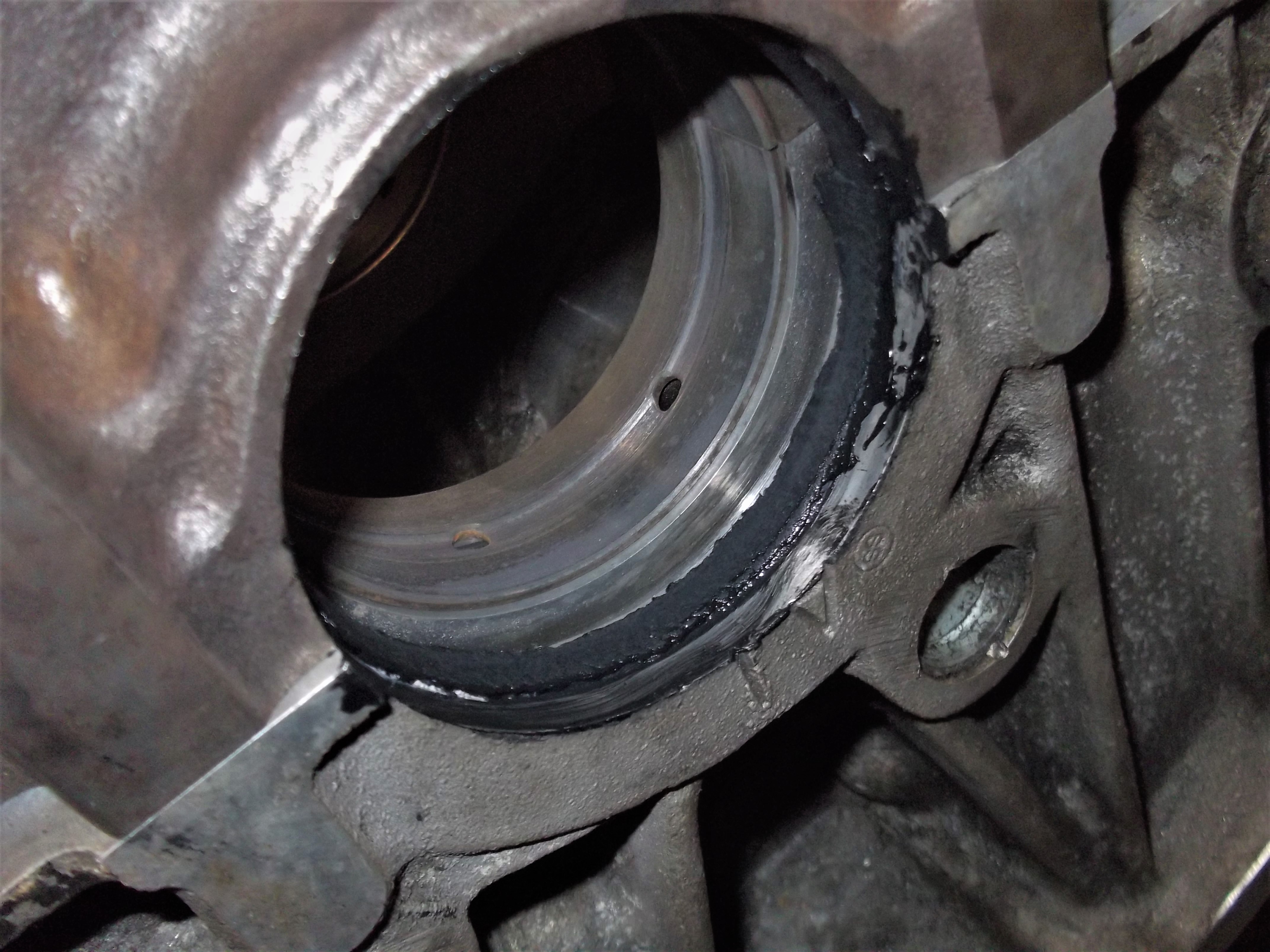 I would remove one cap at a time and see if one is binding. Also check to see if there are any witness marks on the shells.

funny you should say about witness marks on shells…

I removed the caps one by one (starting with the rope-sealed one) to see how much easier it was to turn as they came off.

Anyway I noticed the graphite paste I’d put on wasn’t evenly smeared around the shells despite a lot of revolution.

Not sure exactly what this means but possibly didn’t put enough lube on or I’ve mb not torqued the caps down sufficiently. 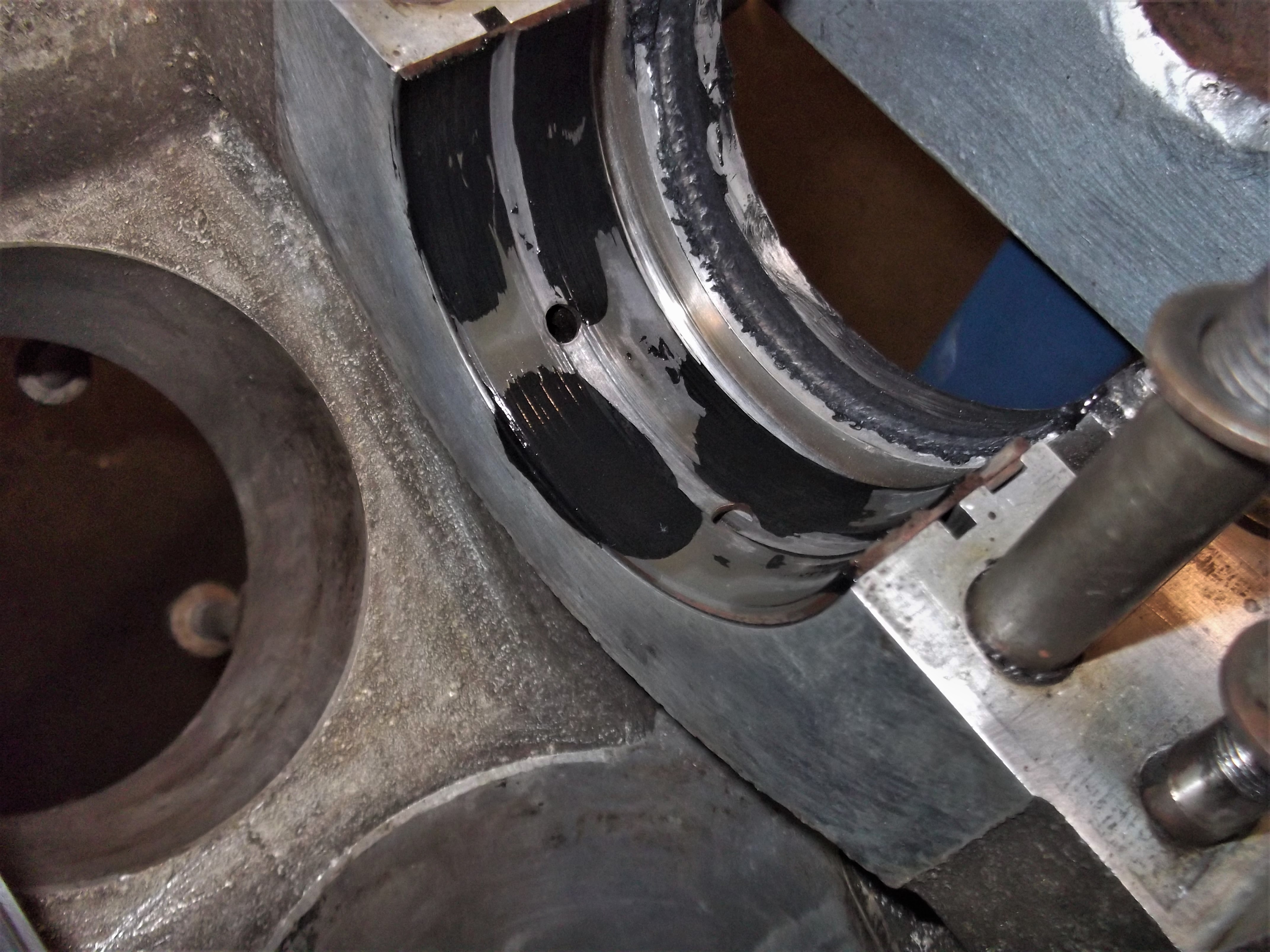 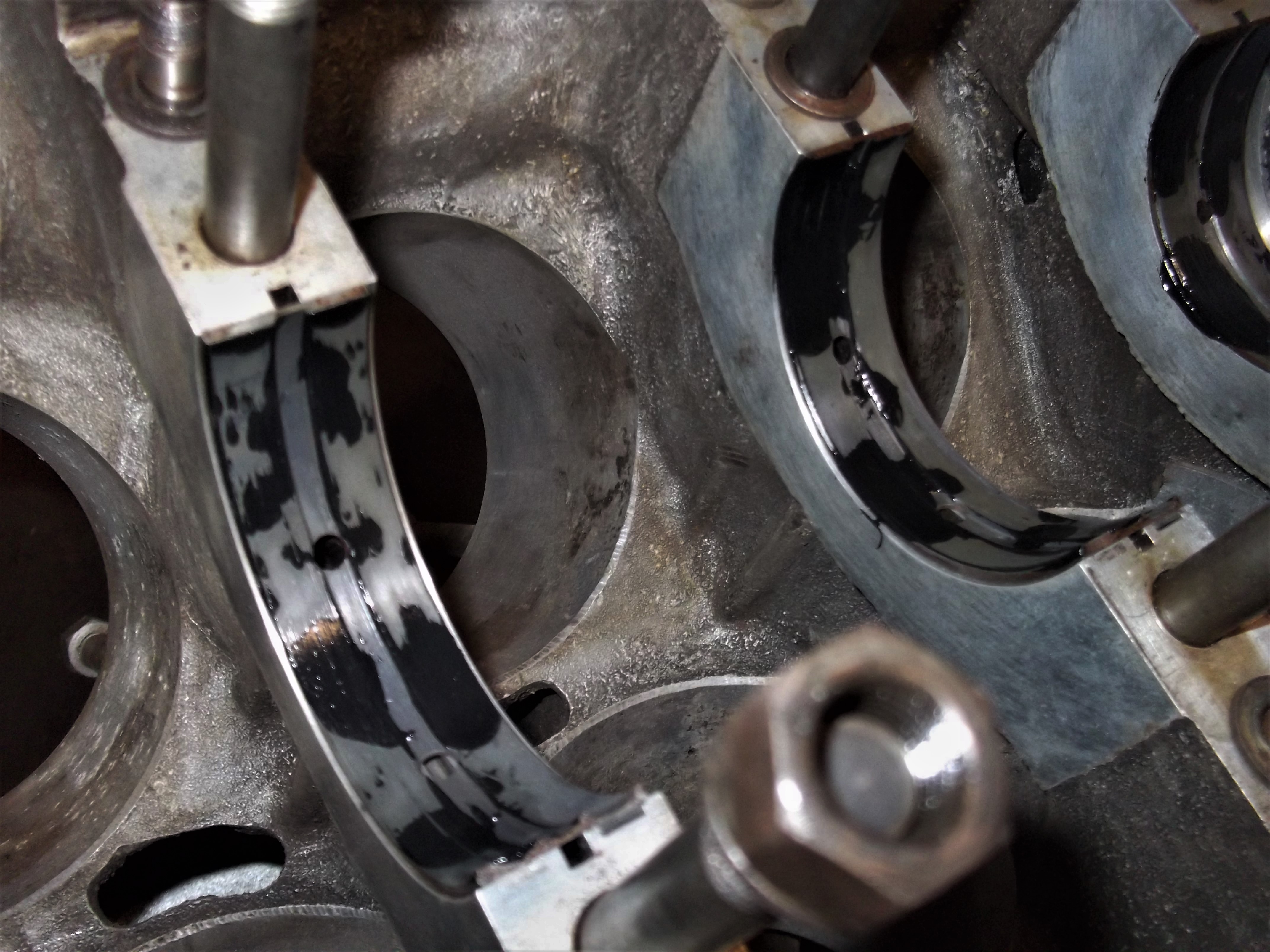 I would clean off the grease and use the assembly lube or just engine oil. Get some plasticgauge and check your clearances after proper torquing.

Make sure you haven’t mixed up any caps and use engine oil instead of the assembly stuff. I don’t think I torqued mine down hard. The bearing shells must be installed dry, if you put anything on the back you also have less clearance.

Yes. The backs were cleaned scrupulously and definitely back in original positions. I actually just realised what the numbers stamped on the sum-gasket face are for 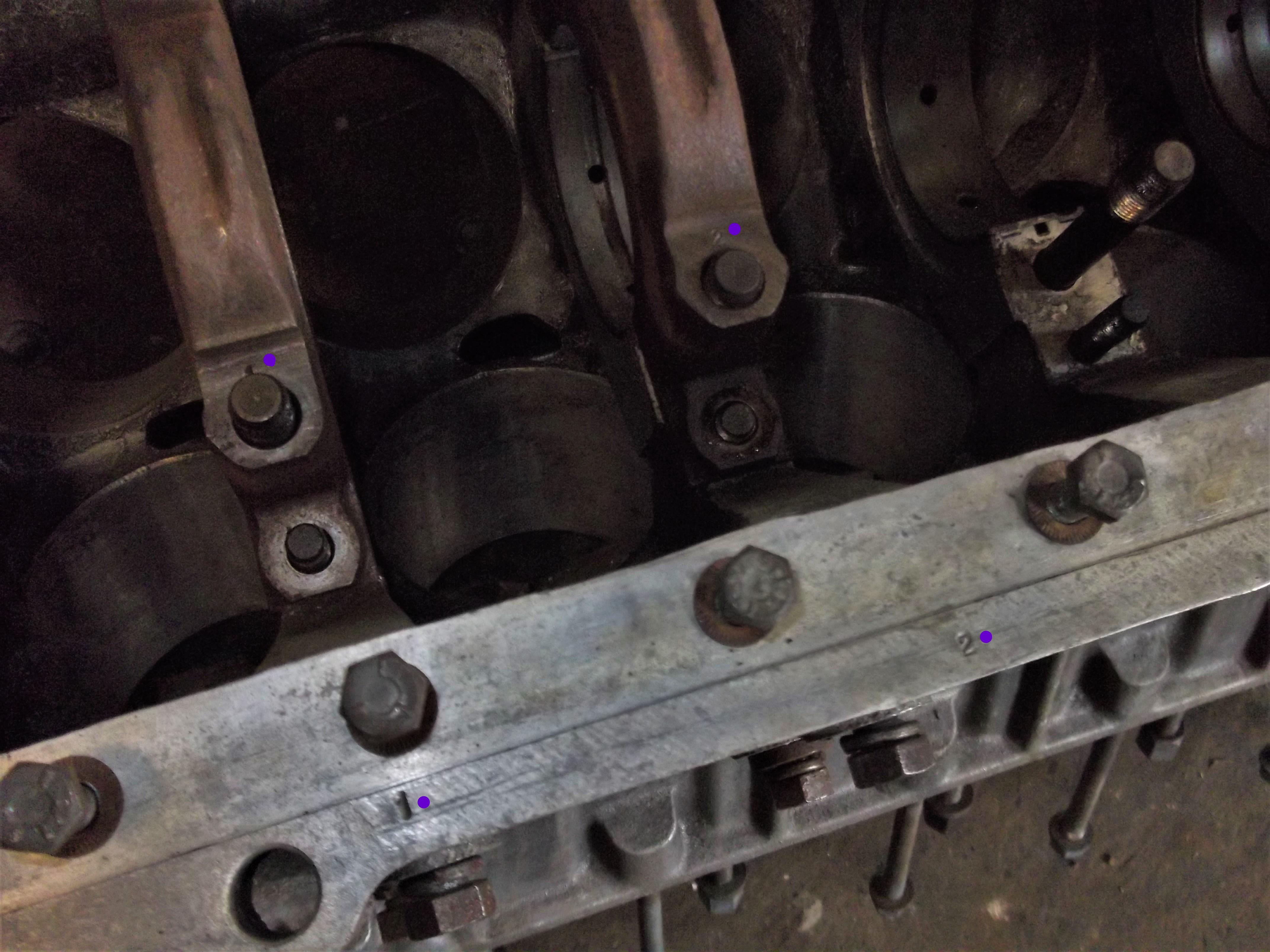 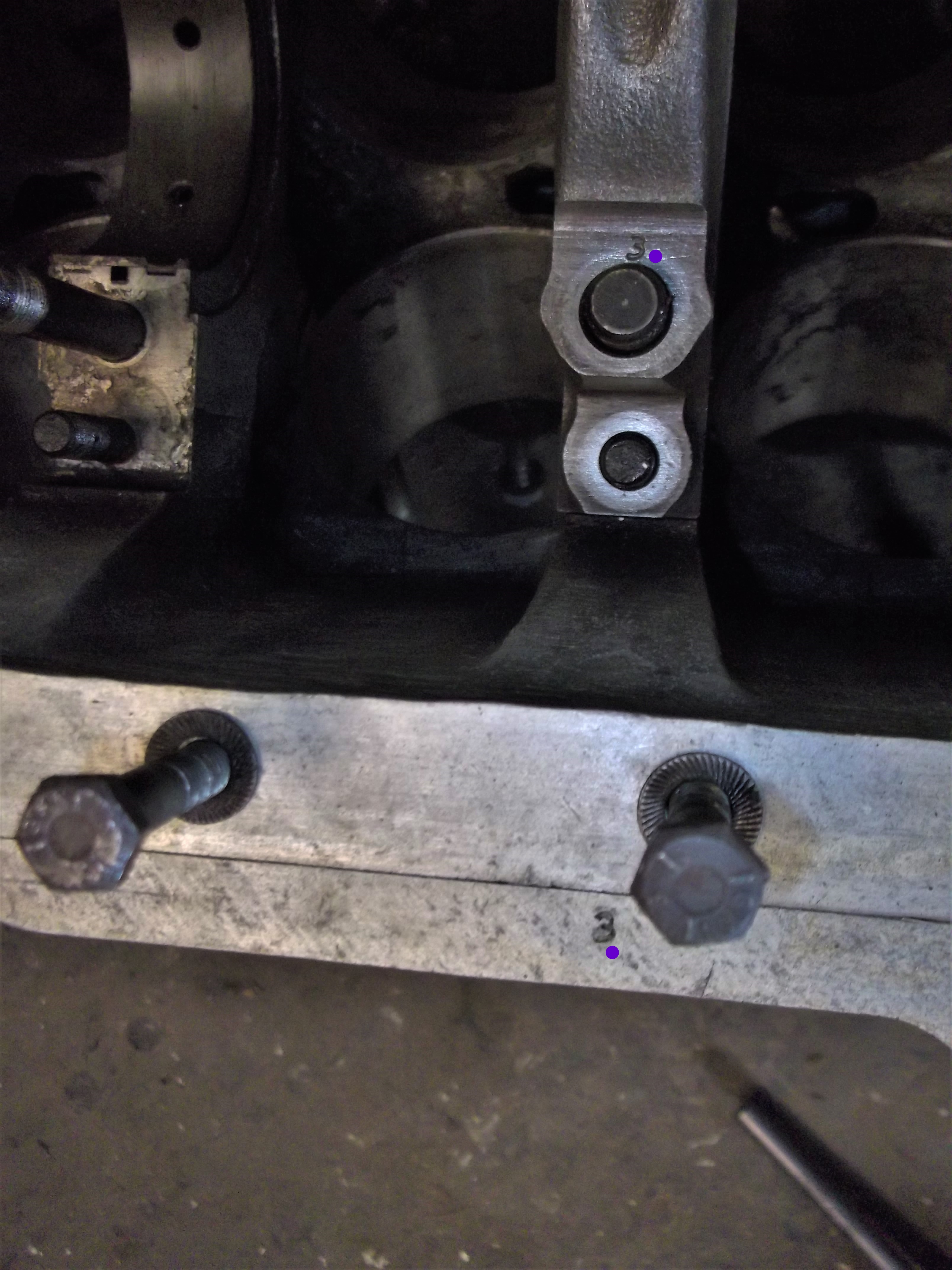 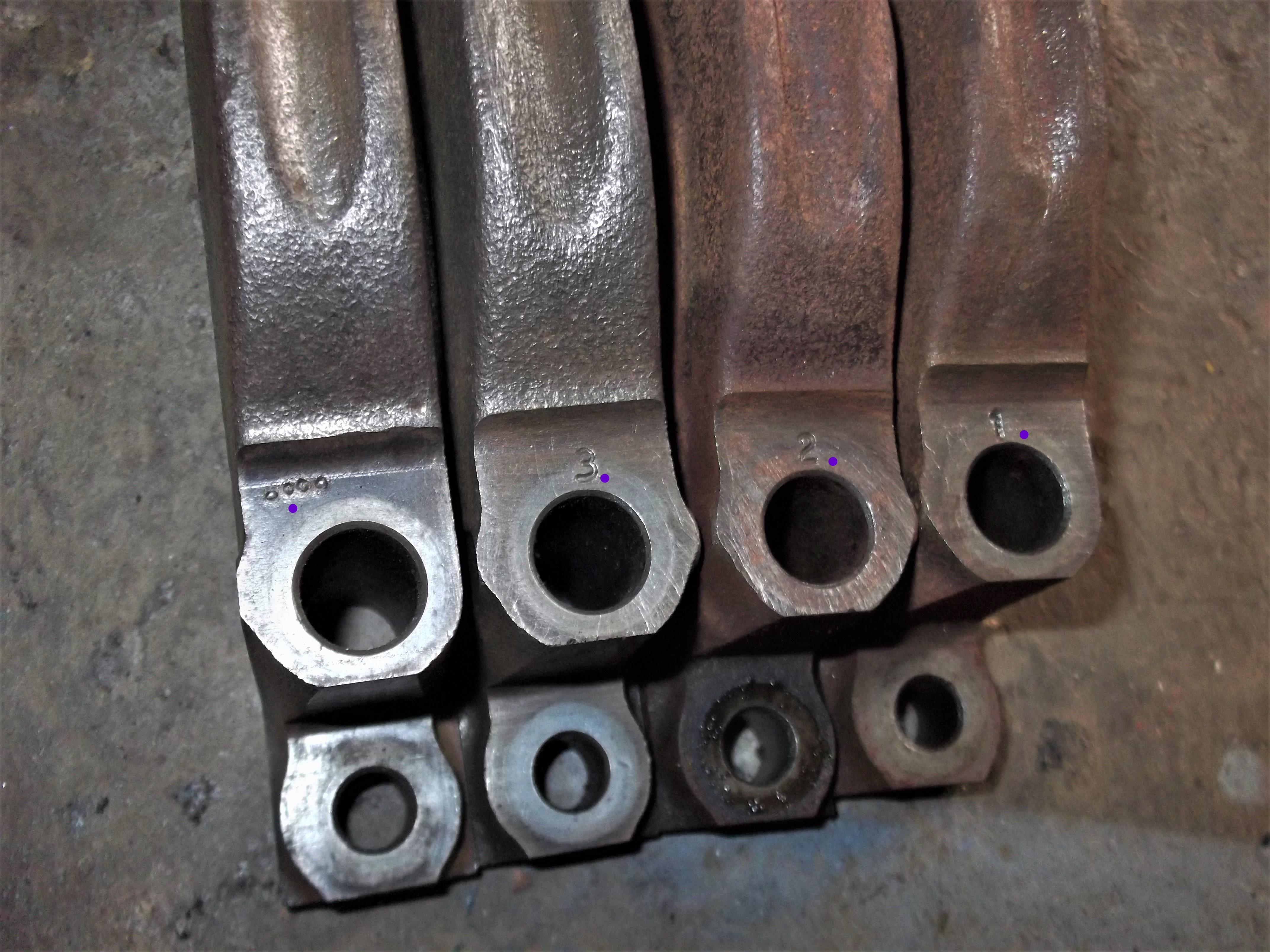