I’m in the process of installing new timing chains and tensioners in my '97 XK8. Luckily, the right side chain just loosened enough to make it run like total crap, but no damage. In the process, I removed the oil pan to make sure no plastic bits from the tensioners were there (there were), but to my surprise I also found 1/2 of a valve keeper. To the best of my knowledge, this engine (with 130K) had never been apart, but where did this come from. Was it a bad day at the factory and guys were throwing valve keepers at each other in the engine assembly line?

I’ve decided not to pull the valve train apart (engine was mostly back together when I removed the pan), and go on the assumption that there’s really no way a displaced keeper could travel past the piston or valve lifter in the other direction and make its way to the oil pan. If anyone out there disagrees with this thought, please let me know! Any other ideas would also be interesting to read. Thanks for your time!

I do disagree: I have seen keepers find their way into the pan. They wouldn’t have to go past the piston, they would just go down the oil drainage way, which is something I have seen. There’s no way I would run that engine until I pulled the cams off and double checked and make sure of all the valve keepers are there. I bet you’ll find one missing.

I’d also be worried although I would think that the engine would have blown apart by now. It’d take a while for the keeper to get down there.
For piece of mind alone a valve train teardown is worth the effort to me.
I’ve found a nut in my sump, but older engine, different times.

OK, thanks to your responses, I’ve been convinced. It’s one step forward and two steps back. I’ve decided undo what I’ve done and then pull the cams and lifters. Will keep everyone out there posted. I have to keep reminding myself that this is my hobby - not intended to be a frustration. Good thing I’m retired…

I know that it sucks to have to go backwards, but if the valve comes loose and falls into the engine, your backwards two-step will become a backwards 100-$$$$$$tep!

Great. I hope you get lucky with the first cam, and good luck!
If you don’t find a missing keeper you have peace of mind and a story to tell, and I’d hate to hear that you had lost an engine if the keeper was missing somewhere.

I have taken engines down that a valve spring was retained by one keeper. Don’t know how long that would work.

I can imagine it holding up, but the stakes are high… and it sits right on the edge of the keeper, doesn’t it? As soon as the spring bends a little at some rpm or it gets a little loose it might fly out, at least I wouldn’t sleep at night if I knew about it.

Thanks for your responses! There may be more to the story. Since I’ve never worked on an engine like this before, I did a search for a picture of the keeper. I’ll attach it to this post. I also took a picture of the one I found next to a ruler for perspective. The two are not at all the same. I one I found as only a single flange at the very top of the larger end. It also appears to be quite small. Maybe this is truly a piece of foreign matter. I('d like to hear from someone that’s had the valve train apart. Again many thanks!! 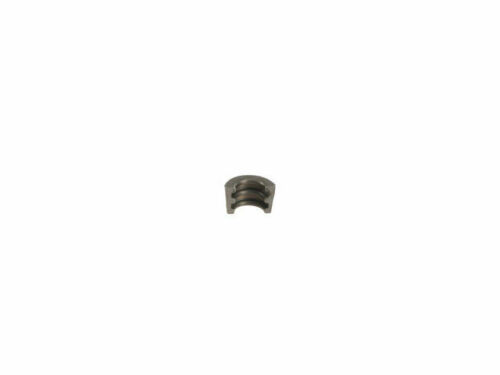 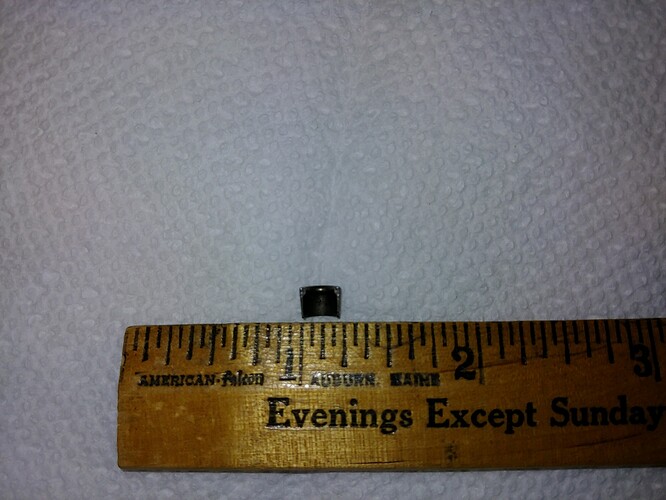 Looks just like a Jag valve keeper, to me.

Best advice of the day “this is a hobby, not meant to be a frustration”. I also am retired…fighting dreaded previous owner attempts at oil leak repair on my V12 XJ-S…

The one by the ruler?? What about the other one from the Jag parts place?

Thanks to your help, I tracked down a picture of the correct valve keeper (cotter), Jaguar part EAZ1317, which looks just like the one I found in my oil pan. Onward to removing cams until I find the problem. Could a loose (not jumped) timing chain cause the piston to tap the valve enough to compress it and cause the keeper to come out??

US$5 says the wayward keeper is an extra that the last assembler lost track of.

If this were my car, the covers, cams and cups will be removed and all keepers accounted for before starting the engine again.

I’m in the process of that right now. Just took a break… This engine is a new experience for me; I’m used to working on more vintage stuff.

The head would have been assembled away from the block and sump.

Here’s the report. Tonight I pulled the final cam. All of the valve keepers where in place!! Looks like Michael S. gets the $5 prize. I will keep the wayward keeper in a special place the remind me that extra effort will bring peace of mind. Thanks to all who responded!

Michael S. gets the $5 prize. I will keep the wayward keeper in a special place the remind me that extra effort will bring peace of mind.

Just send the $5 to a good charity.

Maybe your extra keeper is one of the two that disappeared while my '69 head has been apart?

A keeper popped when the spring compressor slid a bit and ricocheted into an oil passage.

Fortunately, for me I saw which hole and I had a magnet-on-a-stick on the workbench. An assembly-line worker may not have had the inclination to chase down a US$0.20 part.