Well changing the fuel pump relay didn’t do anything, nor did changing out the engine ECU. We drained the surge tank and all was still clean. The fuel pump was starting to make some noise, even though new - could this mean that it is getting an insufficient amount of fuel and is cavitating?

We will try to rig something up so we can see if the fuel pump is getting the proper voltage when the car is acting up. That should tell us whether we have a plumbing issue or an electrical issue. Thanks for the comments, stay tuned.

The fuel pump was starting to make some noise, even though new

What kind of fuel pump did you put in?
I had bad experience with el-cheapo Bosch imitations, even though they never stopped working, but there is a slight possibility that the pump is loosing connection internally.

There’s been some trouble with aftermarket fuel pumps being wired up backwards because the terminals are swapped. Have to look for a + symbol and change connectors if necessary. I dunno exactly what the symptoms are when the pump is running backwards, but it’s not good.

I have the same problem as I did with the old pump, before and after, so I don’t think that is it.

One other piece of information. This car belonged to a friends father who passed away, and hasn’t been on the road since 1986! When I got the car we went through it, took the front subframe off, addressed various leaks, replaced hoses, plugs, wires, checked the distributor, coils, etc. etc. $10k bill. I think it has only been driven a few hundred km since. I recall putting maybe 50L of gas in the tank. It may have some bad fuel left in it.

If the fuel was bad, or contaminated, and this affected its octane, is there a knock sensor or other device, which would cut the fuel if it sensed that it couldn’t support the compression ratio? Does the ECU change modes after the car is warm and then lean out the mixture, which could explain this?

I didn’t hear any ‘pinking’, and the engine appeared to run well and develop full power, and when working does behave the same as my other 86 SC…

Or is this just me dreaming for an easy solution!?

No knock sensor. Other than the O2 sensors kicking in after a couple of minutes, no change in how the ECU operates.

You really need to monitor voltage at the pump when this happens. If it cuts out, you need to find the root cause

You should take a look at your inertia switch. It provides a ground path for your fueling, and could be giving you the symptoms you have. By-pass it with a temporary ground connection.

agreed, we are working on that today. thanks.

What does an inertia switch do? Cut the fuel if there is an accident?

Yes. A flakey inertia switch would interrupt the fuel pump ckt. No idea why it would be temp related, however. If your test indicates you are losing voltage to the pump, definitely bypass the inertia switch to remove it as a possibility. It’s right along the drivers door jamb edge just below the dash.

Ok we were able to identify that the fuel pump is getting power when the car is misbehaving. So I think we can 100% rule out an electrical problem.

Looking at the fuel pick up, it looks like it was designed to vacuum up sediment! Certainly it wouldn’t take much to clog it up. I don’t know what the manual says, but I think it should be drained - and the filter ‘sock’ cleaned - more than once every 20 years.

I’m hopeful that this is my problem.

The tanks are getting acid dipped by an industrial shop as I really don’t want to fool around with hydrochloric acid. I was planning on getting the POR 15 product to coat the tank. Has anybody done that? Any advice.

I used the Por15 gas tank specific coating on my sump tank, and it worked fine. I followed the directions exactly. Not sure how it would work on the main tank.

Looking at the fuel pick up, it looks like it was designed to vacuum up sediment!

That’s why I’ve been recommending for years that owners toss that pickup screen over the hedge and install a 1/2" inline fuel filter in the line from pickup to fuel pump instead. That way you can pinch the hoses, R&R the filter, and actually get that crud out of the fuel system.

That makes lots of sense. I was going to do that with a clear filter but was dissuaded against it because of the fuel pressure which I understand to be 40psi. Is there a clear filter that will accept this line pressure?

The 1/2" line from sump to pump is low pressure. I tried doing what Kirby said, but found it very difficult to loop the hose around the sump without kinking AND having the hose and filter fit well so I could still get sump cover and battery cover on nicely. So I went back to sock filter. I luckily had installed new tank, so sump remains quite clean.

I may put in the 1/2" filter if I decide to remove sump tank one day, which is another option. Sump is really not needed if you don’t let main tank under 1/4. 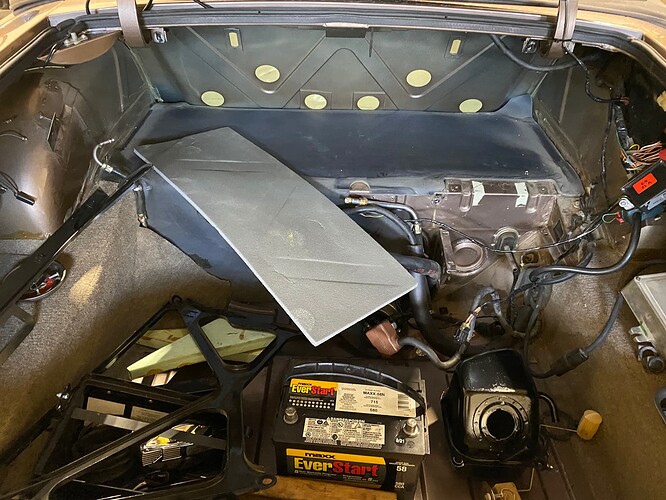 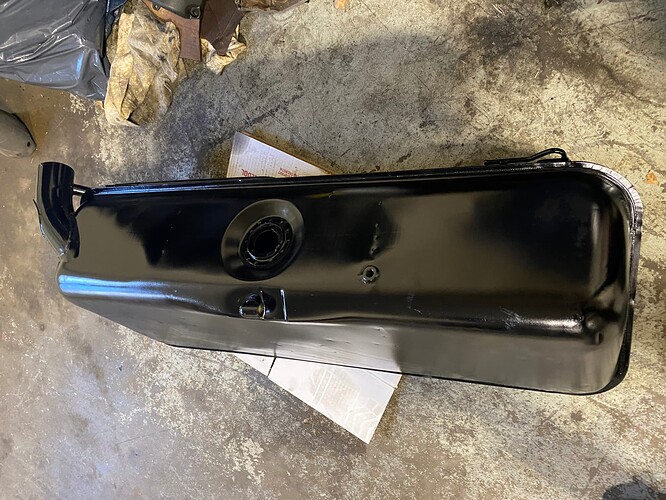 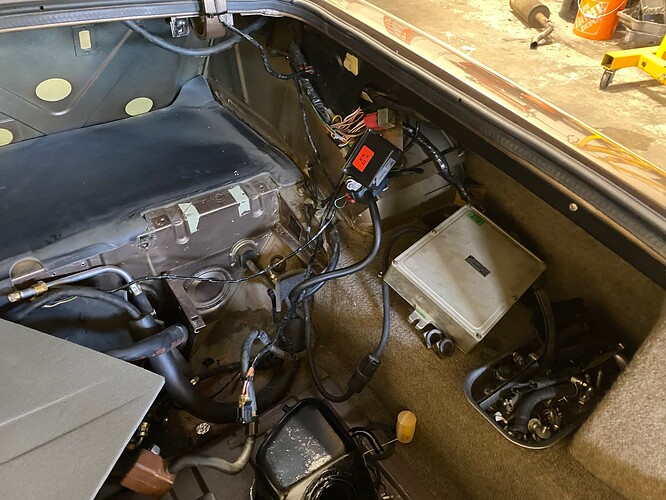 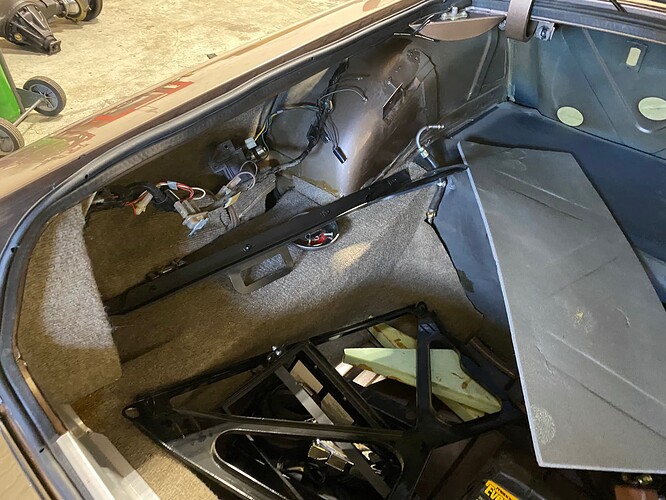 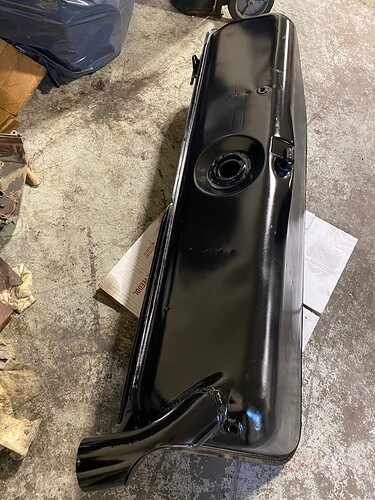 Well this wasn’t much fun. I had the tanks acid dipped and decided to coat them myself Picking up the tank and swishing around the 3 stages of POR15 wasn’t easy.

The worst part was at the end. I used a heat gun to dry the water out of the tank after rinsing. I swished around the final sealant POR 15 paint, and drained the excess into a couple plastic containers. The paint was warm from coming in contact with the tank that had been heated.

The extra paint sat for about 10 min, then blew the lid off - and there was silver POR15 everywhere. What a mess! And that stuff doesn’t come off easily!!

Been there, yes a lot of work. I removed trunk lid to give myself more room.

I opted for a new tank (SNG sells them for a decent price), as mine was quite rusted on the bottom. Which in turn had created a lot of surface rust on the body under tank. So be thankful you didn’t have to sand/treat/paint that.

I suppose it could always be worse!

Should be the motto of this forum!