As I’ve mentioned before, our car had a Chevy and I had to source everything from the bulkhead forward. Never had a fuel filter, but do have the bracket! In any case, pretty large price difference between units - they all look the same to me. I need to buy everything and old posts indicate problems with the upper rubber gasket (wrong size, doesn’t seal), etc. I get the flow options and saw the hint to use a specific Wix filter, what I need is a coherent set of items to get which all work together and filter the fuel. I’ll need banjos and I don’t need it factory original, but I do like as much original as practical. How many versions of the housing itself?

Have the “usuals” got this straightened out or do you still get gaskets that don’t fit, etc?

SNG part C13681 gets you the casting, glass bowl, bowl retaining strap and a seal (I think). You’d need to source the hose barb fittings, banjo bolts and filter separately.

The usuals do not sell the Wix filter, so there is no problem for them to sort out. Filters sold by the usuals work fine with the standard seal. The width of the gasket/seal in the WIX filter box is very slightly too narrow and unfiltered fuel can squeeze between the element and the seal (I’m the guy that brought this up). Use the standard gasket/seal from the usuals if you use the Wix filter. Rock auto sells the WIX filter element for peanuts.

As an aside, there is a thread on the UK forum that discusses a high fuel pressure issue with the aftermarket in-tank pump sold by SNG. The solution discussed is either a remote pressure regulator (reducer) or a Filter King combination filter/regulator mounted at the location of the original AC filter. On initial start up I had a problem with that in-tank pump blowing fuel past the float valves, but the overflow problem subsequently went away. I’m quite sure the pressure is still too high. Anyway, if you are using this particular fuel pump, you might want to consider the Filter King in lieu of the standard filter assembly.

This is the type you would need for a 3.8. The early cars didn’t have a filter in the bowl, just a gauze screen under the top. The filter is not really needed anyway because it’s easy to incorporate a replaceable in-line filter in the trunk.

There does seem to be a problem with the sealing washer being supplied wrongly but it’s not too hard to fins one that fits. If it leaks, it could be because of an aftermarket pump providing too much pressure. 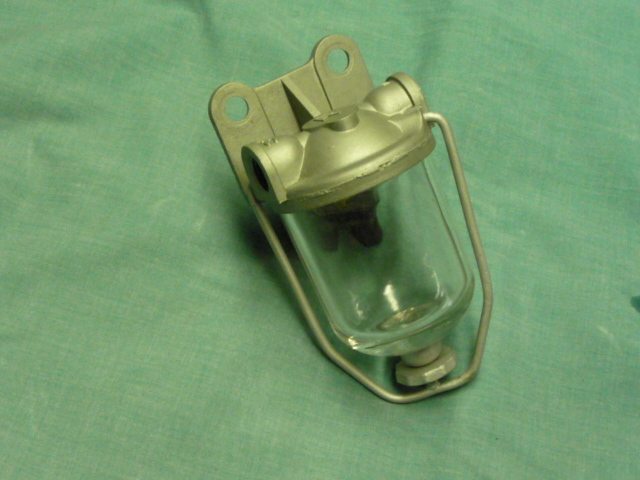 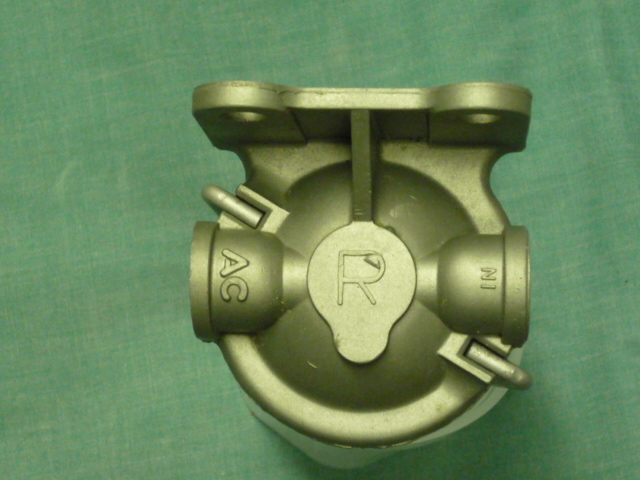 SNG part C13681 gets you the casting, glass bowl, bowl retaining strap and a seal (I think). You’d need to source the hose barb fittings, banjo bolts and filter separately.

Thank you, both Eric and Clive. This wraps in a bow the info required. The large number of old posts on this topic whipsawed me back and forth with too many issues and side tracks.

I’m a little afraid to get an in tank pump because there were reported serious issues with leaks at an upper seal. Now that an issue may exist with excess pressure it just seems prudent to get a remote unit. I have already sourced the later style pick up and sump filter. My late 3.8 was wired for an in tank pump (some of the original harness was left). I have no mounting plate or access hole for the pump behind the right rear wheel, so that will be an issue.

SNG fixed the leak problem with the in-tank pump years ago. UK and other users of that in-tank replacement pump say the leak problem is gone. I have yet to run my car other than an occasional start to swap ends for various aspects of the restoration, so no personal experience with a full tank. But the over pressure problem has been measured…see the following string:

By the way, I noticed the gasket in the WIX was undersized during a visual inspection before installing the assembly on the car. The gap between the inner edge of the WIX seal and top perimeter of the filter is obvious when you look at it (you’d have to stand on your head if the assembly is in bolted to the fire wall). For the same reason, I added a spring under the push-on WIX installation to keep it snug against the seal at the top. This filter was originally designed for a different aluminum casting…50’s Chevy truck and some old tractors if I remember correctly.