Hi folks. Your opinions requested as to the best thing to do about my old inline fuel filter.
The filter change intervals are 15k miles or 24k kilometres or every 12 months for the XJ40. I had a new filter fitted in 2008 when I bought the car but have still only covered 14k miles since then.
I recently bought a new filter anyway and asked my local garage to change it but they said the unions were seized solid. So I asked a local independent Jaguar specialist to check it out when they had the car in for another job. But they also warned that any attempt to remove it could tear out the pipework. For the record the car is a high VIN number 1992 model that has a filter with female unions on the body and male unions on the pipe. It is not the earlier banjo type nor the very late quick-release version.
A drastic option would be to chop out the filter and pipes and fit a hose-mounted type such as that fitted to the XJS. But that could be a risky business due to the fire hazard of cutting the pipe in situ etc.
Given that the car is starting and running great, is it worth doing anything? I very much doubt that the filter is clogged but does anyone know what the “failure mode” is of an ancient fuel filter? Does the element eventually disintegrate clogging injectors etc or does the fuel simply dissolve the element ? Anyone with industry knowledge of filter technology?
So that’s maybe why they say to change on a time as well as mileage basis!
Any ideas including how to undo the unions on the filter?
Many thanks.
Clive

I’ve just changed out the fuel filter on my ‘06 ‘X’ Type and it was fine, I would not be concerned until you start having fuel starvation at max revs.

I had the same problem on my 94 Sovereign, I wire brushed both unions then sprayed them every day for about a week with penetrating oil. I tried ‘rocking’ the joints back and forth every couple of days, it’s vital you use the correct spanners so they are a real good fit, I got them off eventually but it wasn’t easy. After 14000 miles I wouldn’t be too worried about the existing filter but if you are planning on keeping the car for a long time you will have to face up to it eventually

Thank you both.
The young mechanic who is taking the car for about a week to do various small jobs and finally the undersealing is very good and has managed to do jobs in the past that would have defeated me.
In preparation I’ve taken measurements off the new filter itself (22mm hex) and the union on the hose that comes from the tank - I have a new one ( EBC8663) in my spares collection. The latter has a 16mm nut. So I’ve ordered two cheap 22/16mm ring spanners and I will cut 10mm gaps in their rings to make " brake pipe" type wrenches that will positively lock onto the filter and pipe unions. I have also ordered a can of probably the what remains the best penetrating oil namely “Plus Gas” that I’ve used since the 1960’s. We’ll dowse the unions with this for a few days first before attempting to dismantle. If that doesn’t do the trick, I’ll be surprised but who knows.
Thanks again for your ideas. The job is booked for early May so expect updates then.
Clive

This video shows the same type of filter on an XK8:- 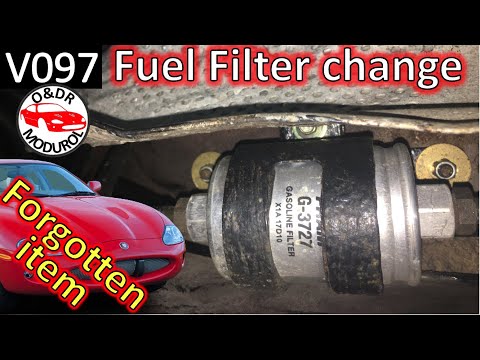 . So I’ve ordered two cheap 22/16mm ring spanners and I will cut 10mm gaps in their rings to make " brake pipe" type wrenches that will positively lock onto the filter and pipe unions.

I’ve tried that myself Clive but I think you’ll find the ring ends will spring open when you apply any force causing the spanner to slip around the nut. The ‘Brake Union’ type spanners you are trying to copy are made with a reinforcing collar around the ring to prevent them spreading. It would be far better if you can buy or borrow a couple of ‘factory made’ union spanners of the correct size.
On my car the problem was the nuts were siezed to the pipes and not to the threaded part of the filter. Any attempt at removal was causing the whole pipe to twist, that’s why I removed as much rust as possible from the pipes where they entered the unions, gently rocking the unions back and forth over a few days combined with the Plus Gas allowed me to eventually free them from the bond with the pipes.
Good luck I hope it goes well for you.

I’m glad that you underlined the risk of damaging the pipes which was exactly the sort of thing I was afraid of. What I’m going to do is use plenty of Plus Gas at regular intervals and defer doing the job for the time being until I’m confident that the risk to the pipes has been minimised.
Thanks for the tips.
Clive

Why not try to purchase the correct size pipe spanners 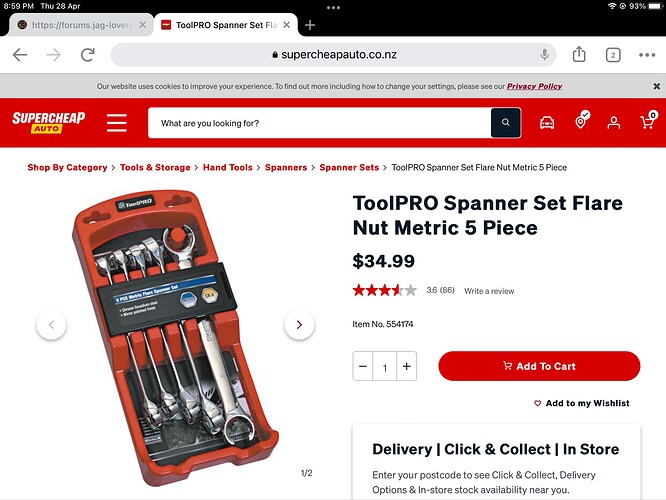 Good idea - now that I know what they’re called. 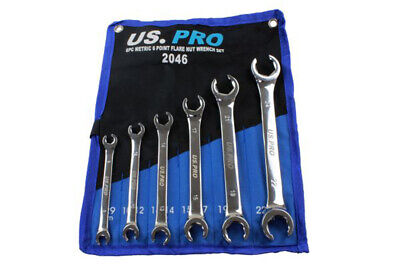 Find many great new & used options and get the best deals for US Pro 6pc Metric 6 point Flare Nut Wrench Set Brake Pipe Spanners 8-24mm B2046 at the best online prices at eBay! Free delivery for many products!

All sorts of uses - thanks for the tip.