I’m curious about the front cross-over pipe on the HE type fuel rail.

My Rover V8 fuel rail has one path- fuel pumped in one end and discharged via a regulator. Its easy to imagine that this would defeat vapour bubbles etc.

The HE rail takes fuel on one bank and fuel can then take two routes to the second bank- rearwards or forwards to the outlet regulator. Might it not be possible for a vapour lock to cause unequal flow?

If one were designing a custom rail, what design path is best for the jag? 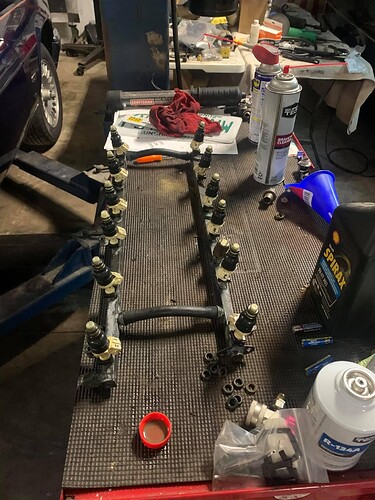 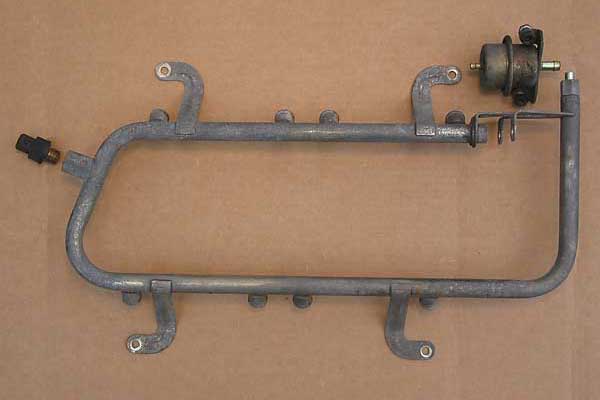 Very interesting, you may be on to something. May have found the hot soak issue…my Rover doesn’t suffer, but my V12 does.

The following links address these issues from 30 plus years ago.

Thanks Bernard. I certainly value your excellent reference, and (like Ed Sowell and K.P) ive read through the lot

I had missed the comment that your rail is a loop with no flow in the cross brace. Many thanks

1/ The fuel rail design changed quite a bit over the life of the v12. The pre-HE design Bernard has shown had a long loop to service just one cold start injector. The second design had much bigger diameter square tubing, moved into the “V” and mounted high up in free air. The third design stayed in the “V”, away from the cam covers and had the shortest possible fuel path by clipping the injectors directly onto the rail.

2/ Fuel pump and fuel circulation has also to be considered as part of the design. A high pressure system returns much of the fuel unused in normal running, as it is spec’d to flow enough fuel at max rpm. Typically, an anti-surge pot (or swirl pot) is used. If fuel is returned here first, with any overflow back to the tank, then recirculating fuel gets hotter and hotter as it is only partially topped up with cold fuel.

A better design is to return unused fuel back to the main tank and run an in-tank pump instead. This means returning fuel is mixed with the entire tank volume and so the average fuel temperature is lower for longer. When I converted to dual fuel, I mostly stopped using petrol as propane is half price. The original setup was a swirl pot setup and hot 100% recirculating fuel eventually killed the high pressure fuel pump.

Note also the last designs had a temperature controlled valve to boost the vacuum referenced fuel pressure at the regulator on the rail exit.

you didn’t really touch on my main question- is the cross-over pipe towards the front of the HE rail designs necessary- or desirable?

Bernard E has shared his experience of a one-path system

The HE square tube rail design is interesting in the neither the inlet not the exit is at the end of the rail. The entrance is between 2a and 3a, and the exit between 5b and 6b. Given that, the front cross tube may be there to give a semblance of balance between injectors. Pretty weird design.