It would be really easy to identify which turbocharger was used, but the plaque on my car is missing, as is the plaque on 3 other cars I have looked at. I don’t even have the A/R stamped on the compressor, And I have not had the chance to disassemble the turbo to measure inducer and exducer dimensions. If anyone does have the factory plaque with the Garrett model number or ID, please post it in reply. Without that I have had to resort to this:

After a number of conversations with a few people who were at TWR when these engines were built, or were actually building and testing them, and according to Martin Brundle and the techs who were with him at Nardo when he ran to 217mph, removal of the catalytic converters yields a real world additional 50 bhp at max rpm. And for the purposes of this post, let’s assume crank horsepower (or bhp), sea level, normal 14.7 psi atmospheric pressure, 70° F, dry weather, 50% relative humidity, etc.

Working on this assumption, it is reasonable to believe that each bank makes roughly 300bhp with it’s single turbo, roughly 600bhp combined. Add in the catalytic converters and you’re back to the 542bhp on a street car.

Both the Service and Parts manual specify that the XJ220 has a Garrett T3 turbo. No other details are given. Unfortunately there are a number of “stock” T3s, with the following trims: 40, 45, 50, 60, Super 60. A/R is unknown, but one of the TWR techs told me they were back and forth between a .48 and a.62. Don’t know what they settled on. Based on Garrett’s published maps for T3 turbos, none of these makes anywhere near enough air flow to produce 300 bhp from a 1.75 liter engine.

At 1 bar of boost which is the maximum the XJ220 will run (street cars have a 2 bar absolute MAP sensor, race cars and S cars have a 3 bar MAP sensor), each bank would need about 477 CFM or 33.3 lbs./min. of air to produce 300 bhp at 7000 RPM. The largest stock T3, the “Super 60” hits choke at 30 lbs./min at 2 bar absolute (1 bar gauge) pressure. Then there are the T3 hybrids, also known as T3/T4 turbos, using the turbine of a T3 for quick spool, and the compressor from a T4 for more air. Specifically the turbo known as a TB03, which has a standard T3 turbine and a T04E compressor. This turbo was in wide usage at the time, OEM on everything from Saab to Mopar/Shelby, and has the capability to produce over 40 lbs./min. air flow, or up to 410bhp per bank on the XJ220 (at 2.5 bar absolute, 1.5 bar gauge pressure). At the standard 2 bar max absolute pressure this turbo is in the ideal efficiency zones from 2000 to 7000 RPM.

OK, that’s my best guess. If anyone still has the plaque that was affixed to the turbos when new, please post here. If anyone has driven their cars to 7000 RPM and noticed a drop in power after 6000 RPM also post here, as that would favor the T3 Super 60, which would hit choke around 6200-6400 RPM. From an engineer’s POV (and I’m not an engineer, I’m just guessing), why would I throttle a car with a 7500 RPM redline at a bit over 6000 RPM?

According to the TWR people I spoke to, all XJ220 engines were built in an identical manner, are strong as they could make them, and all have top shelf internals. Pankl conrods, Cosworth pistons, and forged steel cranks. C, S, N, and even the XJR-10 and XJR-11 Group C cars all got the same block, heads and internals. The only difference is in the boost they make. Obviously an S car with 680 bhp would never get there with a T3. But it would with a TB03. Don’t know which turbo the Group C cars used.

This is probably a scant lead, but at least it mentions part numbers (to an extent): 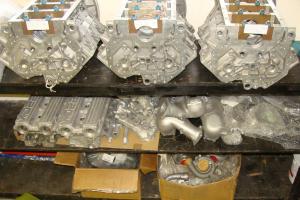 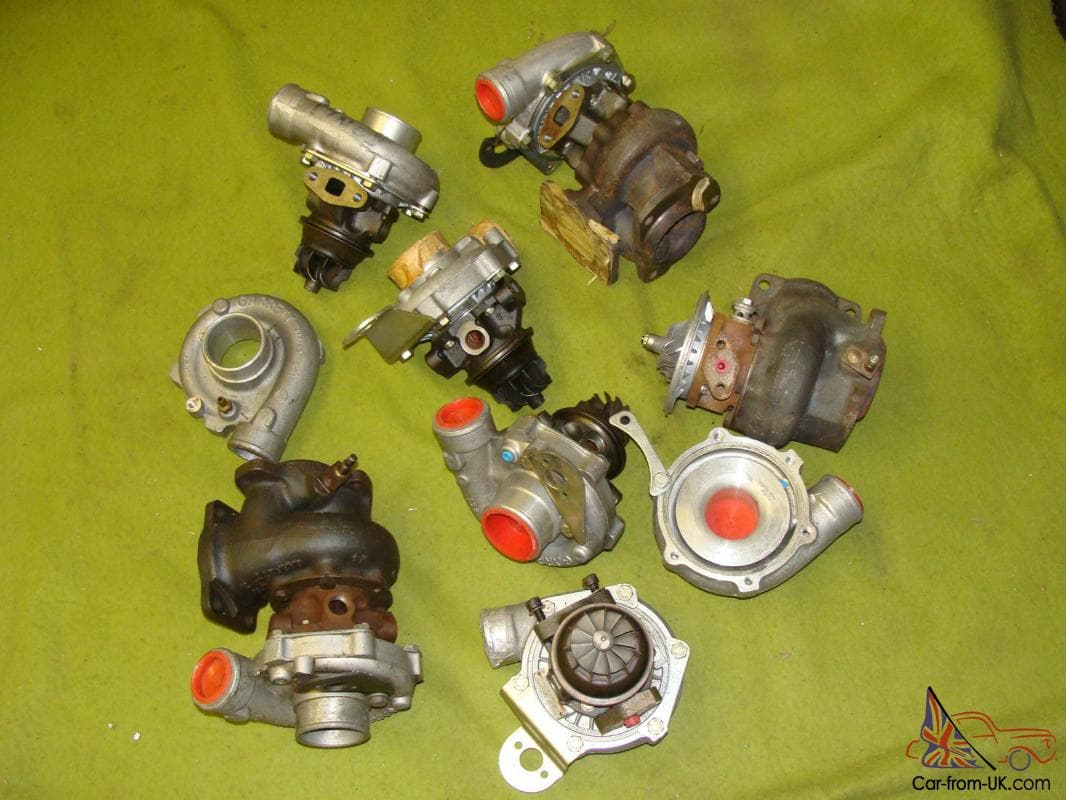 Not the plaque you were looking for but maybe a helpful visual & PN?

LOL. I bid on that stuff 2 years ago. Unfortunately the turbos don’t have any part numbers, just the A/R, and it’s a .42 according to them which would be ok on the turbine side for quick spool up, but would strangle the compressor, which is supposed to be a .48 or a .62. But I can see the exhaust housing (bolts to downpipe) on the upper right turbo, and it is a round Cosworth 3 bolt with integral wastegate, which was commonly used on the TB03 turbos. The T3 turbos typically had a 5 bolt or 4 bolt flange with the wastegate separated from the turbine fan and is not round at all.
One thing I found is that most (all?) TB03 turbos had “M27” stamped on the compressor housing (Google Justin Law and XJ220 LeMans, an 800 bhp car with an M27 compressor), as opposed to the M22 or M24 stamped on the smaller T3 compressors. Need some real info.