I’m looking for the best recommendation for gearbox oil. 66 Series 1, 4-speed. I’m in the rebuild cycle and it’s likely that the box has the original oil. But the car has been sitting for 20+ years.

Thanks in advance,
Nick

Redline tech recommended MTL for my 4.2 all synchro box, i think they recommended MT90 on the earlier Moss box but that should be confirmed with Redline. Has to do with synchro type. Redline Tech is very accessible by either phone or email.

The difference between MTL and MT90 is their compatibilities with “yellow” metal synchros. One is a GL-4 oil, the other a GL-5, and which you use is a function of which gearbox you have. IIRC, MTL is correct for the Moss box, and MT90 is correct for the all-synchro box. There are Jag specs for both boxes that include the correct GL-rating for each, so just match the Redline oil to the Jag spec.

Is there some external markings as well?

Ray is correct, Layne has them backwards. MTL for the Moss, MT90 for the All Synchro.

Whoa! How the heck did THAT happen???

Don’t let it go to your head…

As Rays says … and easy to check the reverse shift pattern to confirm.

Gary - unfortunately, the car came with this shift knob… But it’s kind of unique… 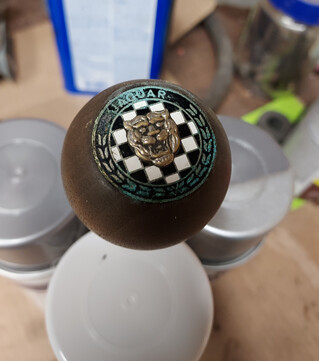 However, what quantity will the box take? I hate to buy a gallon if it only needs 2 quarts.

It does look a bit pricy.

If I recall correctly 2 quarts will fill it, and you’ll have a little bit left over for topping it off.

The difference between MTL and MT90 is their compatibilities with “yellow” metal synchros. One is a GL-4 oil, the other a GL-5,

From what I read on the Red Line website, both MTL and MT 90 are GL4 oils and both say they are fine for yellow metal synchros. I may not follow all the finer specs, but it seems the main difference between them is the oil weight.
Brad Penn is another good choice for the all synchro box. Joey (remember him!) was an advocate of it. I switched to it in my 1967. It is fine, but I would not say that it transformed the car.
But it is another option.
Tom

Gary - unfortunately, the car came with this shift knob… But it’s kind of unique…

OK, Nick, but regardless you do know where reverse is - left and back, correct? The manual shows 3 pints US so you’ll need 2 bottles and as Wiggles says you’ll have a bit left over for topping off.

Thanks everyone… again a wealth of knowledge to guide me thru this journey.

I changed the fluid in my 4.2 S1 gearbox just about a year ago. This is what I used and have had good luck, no issues.

As others mentioned, 2 quart jugs were needed with a bit left over. 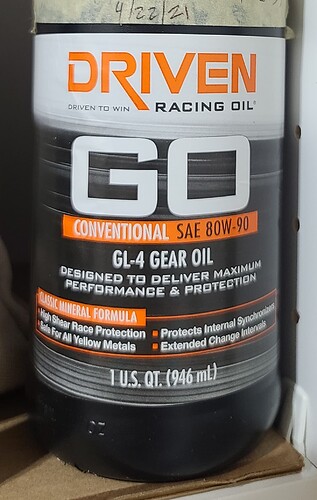 Really, jeeze gotta check that. Sorry if I mis-guided.

Yep, backwards per the Redline website “products for your car” search MT -90 is shown for the all-synchro box.

But per Redline site both are GL-4 and safe for Brass sychros so yes, weight does seem to be the difference. When I started using the MTL about 25 years ago I don’t think they had the MT-90? The MTL was recommended by the shop, a racer, who used it in his box. MT-90 may be a little quieter I’m thinking.

I recently switched up to the 75w110 GL-5 for the differential after talking with Redline. Has resulted in a little quieter at speed cruising.

Hope that one is Okay.

Gary - unfortunately, the car came with this shift knob… But it’s kind of unique 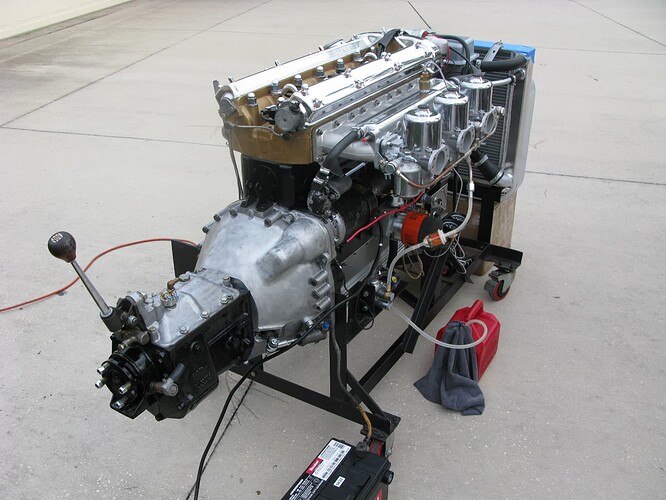 Mine came to me in 2000 with what appears to be the same type knob. I always thought it was a nice match with the steering wheel so never thought about replacing it. 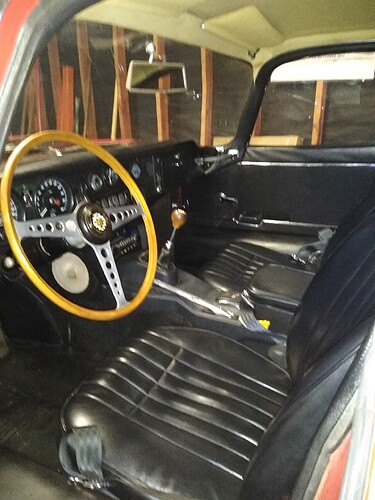 For decades, Tweetie had one of those MG Mitten gearshift knobs on it: the funny part was, it was for an MG! I still have it.