My car has a non-standard setup - a Mustang cable operated clutch between an E-Type’s flywheel and a T5 manual gearbox.

The clutch works absolutely fine until the car has been out driving for just under one hour. After that there’s a major shudder/judder on starting off in first from stopped. So why does the problem only show up then? If the clutch has been contaminated (I am thinking it may be a slow rear main seal leak) then surely it’s contaminated all the time and the problem would show up immediately, wouldn’t it? What else might it be?

I have experimented a lot with adjusting the clutch cable but it did not affect this behaviour.

Do you have the coil spring or diaphragm clutch? I have a hydraulic release setup for your bell/gearbox combo

Thanks. The clutch plate is operated by the fingers of a diaphragm spring. Here it is

and it wouldn’t help eliminate any problems from clutch contamination, would it?

I do recall my early efforts to control clutch judder in my early Fords. Not uncommon for the well worn cars.

Two causes. As you say, oil from a leaking main seal.
Slip and grab. AKA judder. The transmissions had an "inspection " plate, used in some versions as access for greasing a Zerk on the throw out bearing. the “bodge” was to douse it with gasoline from time to time and wash away the oil !!! I do not recommend it at all.
but, some had a hole at the lower part for oil to “escape”.

Your clutch “pressure pate” is of the diaphragm type.,
Said to be better than the “Long” type using fingers. Earlier fords used the Long clutch.

The other. Poor engine and transmission mounts. And. or demolished stay rods. Early Fords used two rods, one on each side of the transmission. One end attached to an ear on the transmission nd the other to the frame, just over the universal joint.

As to your car, I suggest the latter. Check out the motor mounts and that “different” transmission mount.

I and other similarly situated drivers of old ford, just lived with it. Oh, and it was far worse in backing…
Get off the clutch, quick was the mode…

Thanks, Carl. The mounts look good and I’ve watched them while a friend had tweaked the throttle - the engine doesn’t lean over much at all. Anyway, would a problem with the mounts not show all the time whereas my problem shows after 1 hour driving?

When my ‘S’ was on the road I was doing a trial and it started to develop a shudder on take off, I realised that I was driving with the handbrake partially applied and it was heat related. As son as I released the handbrake and drove for a short while it was back to being smooth. Not very helpful I know, but just sharing the knowledge.

Thanks, Robin. I will check that the brakes and handbrake are not dragging but it shows no signs of it. I remember the XJ12 I had in Auckland once had binding rear brakes due to a flap of rubber inside the hose delaminating and acting as a one way valve. I could really feel the effect of that!

So where are you domiciled now David?

Nothing but great memories of living 16 months in Parnell.

Ah, we were there a couple of years ago doing a back to back 2 week Caribbean cruise.

The clutch works absolutely fine until the car has been out driving for just under one hour. After that there’s a major shudder/judder on starting off in first from stopped.

Funny… I have the exact opposite problem on my 190E Mercedes.
The clutch will shudder when it’s cold, the firs 10-15 minutes and then it will smooth out.
My initial thought was maybe a slightly warped pressure plate that fixes itself when it gets warmed up…?, but who knows…

No progress on my clutch judder problem. I looked into the bell housing as best I could. There is a film of oil on the inside of the bellhousing itself but the bits I could see of the flywheel, clutch cover, pressure plate and clutch disc all looked completely dry. Not that I could see much.

I think I will try replacing the motor and transmission mounts to see if that helps before totally dismantling the clutch. The mounts look OK, although the left hand one is oil covered, but I suspect they are original. Fingers crossed.

I am probably kidding myself but I have discovered that Mustangs have two rubberized points supporting the rear end of the gearbox. My car, which has a custom fitted Mustang clutch and gearbox, has just one

The Mustang has a rubber mount between the gearbox and the supporting crossmember that sits across the bottom of the transmission tunnel but that crossmember itself is attached to the car body with rubber bushings. So two rubberized, and so flexible, mountings between the body and the gearbox.

My one mount is between the gearbox and the homemade crossmember but that crossmember is bolted directly to the bodywork - no rubber there. So my one rubber mount has to deal with all the twisting whereas a Mustang has a second layer of defence, so to speak.

I am hoping that my transmission mount has got weak from taking all the wear on its own and will try replacing just that before lifting the engine and doing the engine mounts. Probably just wishful thinking but no harm trying it first.

David
PS - I updated the title of the thread a bit

I am hoping that my transmission mount has got weak from taking all the wear on its own and will try replacing just that before lifting the engine and doing the engine mounts. Probably just wishful thinking but no harm trying it first.

Maybe it’s not just wishful thinking David.
Albeit mine being an automatic, I had a judder on acceleration on first gear and a new transmission mount cured it.
The old mount had completely disintegrated.
If your rear mount has indeed got weak, as it gets hot after some driving it becomes even softer and weaker ?

Thanks for giving me some hope!

The new Mustang mount arrives here on Friday. I spent yesterday taking off everything necessary to remove the old mount but couldn’t loosen the bolts to get the mount off the bottom of the gearbox. So today I am off to get an impact socket of the correct size to try and move them!!!

I managed to get the old mount out today using an impact wrench. It has a lot of cracks in the rubber and even if it doesn’t cure my juddering problem, I think it was overdue for replacement! 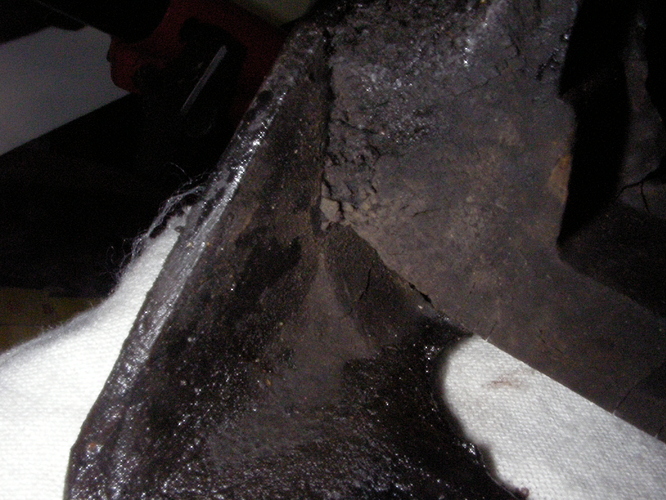 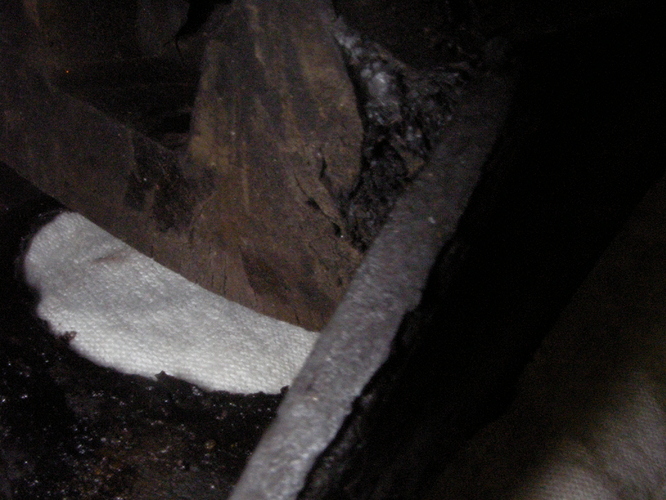 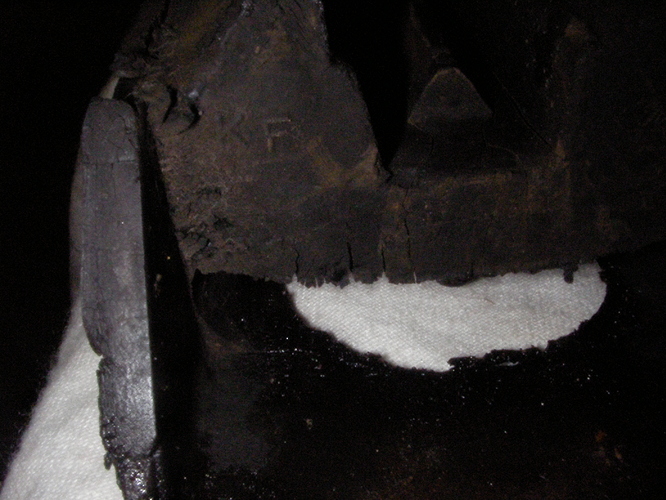 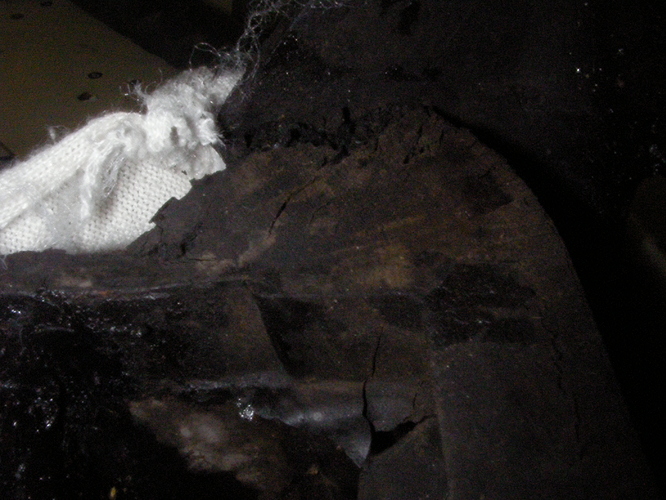 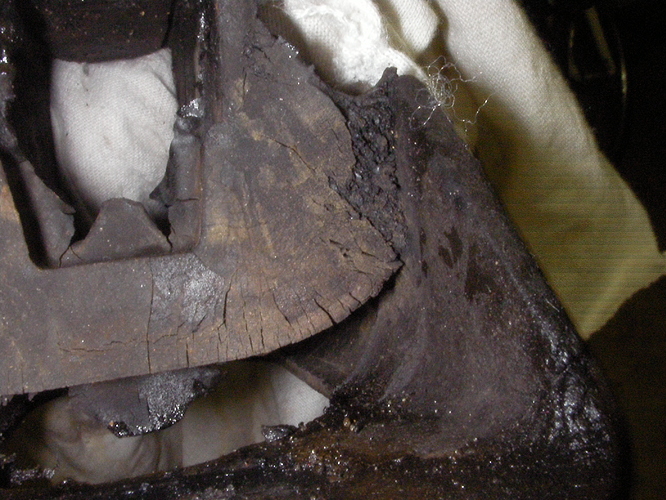 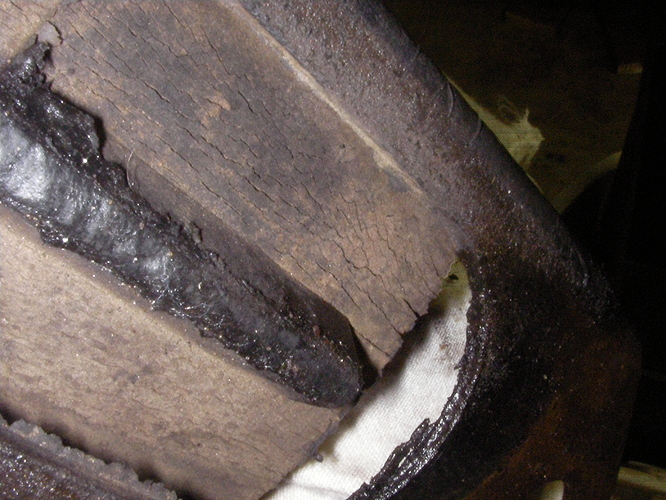 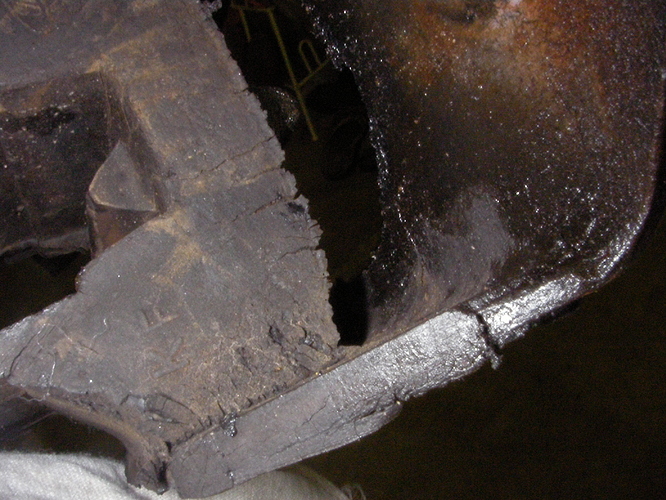 I fitted the new Mustang transmission mount. It seems to have improved things. The gearstick definitely doesn’t can to the right like it used to when the throttle gets pressed quickly driving in 3rd. I managed to drive about 70 minutes and the judder appeared towards the end but very slight. The weather was cooler than recent drives though and that may be a factor though I doubt it. So I will try a long drive later this week when it is supposed to warm up to mid80s.

I think I will replace the engine mounts too in the next week or two.

Words 7 & 8 in your last sentence are the key to smooth clutch work!!!

I managed to drive about 70 minutes and the judder appeared towards the end but very slight.

**
Without operating the clutch, David - or with more or less aggressive take-off…?

I have some difficulties seeing how engine/transmission mounts can affect the clutch internals of the firmly joined engine/gearbox. But the motion of that assembly due to iffy mounts would certainly affect the propeller shaft alignment - causing judder…?