I’ll be assembling my block soon, once it’s back from the machine shop. Is there any value in painting the internal surfaces with Glyptal? It will be getting a hot-dip tank clean so should be pretty clear of crud, but I’d only be able to brush the Glyptal as I can’t dip it, so obviously wouldn’t reach everywhere.

If the main goal really was to seal any remaining casting sand, I‘d leave it as it was. Less to go wrong, better things to spend time and money on.

I believe the factory method was also a brush or a swab.
Depends on whether you believe all the microscopic sand particles in the as-cast boundary layer have been vibrated out. I would do it.

Thanks for the advice - I used to do it on my Healey engine blocks decades ago, but never bothered on my more recent Ford V8s. I’ve still got a large can left from the Cobra diff (finished on the outside with only Glyptal, no black) so I’ll probably go for it once the block’s back from the shop.

diff (finished on the outside with only Glyptal, no black)

We’ve seen that on Jag diffs from the mid 50s, the black that was on it over the orange when it left the factory later flaked off and people think they should be orange.

Not for the Cobras - I’ve seen factory photos and they were always semi-gloss red. No black.

FWIW I painted my XJ6C gearbox when I rebuilt it as well as the engine block and the MKIV engine block I rebuilt last year. The Jaguar MKV Service manual suggests to do it also for the cast iron cylinder head and IIRC they say it promotes oil flow. I don’t see any harm it could do as long as you don’t apply paint on machined surfaces or any holes etc.

What is the procedure for painting a used engine/gearbox/transmission with glyptal. I would worry about paint adhesion due to oil soaked into the top layers of metal. Is that a concern or is there a foolproof way of cleaning the surfaces sufficiently?

Just clean thoroughly with acetone or lacquer thinner and paint away.

IF you can obtain toluene, use it…I haven’t found anything better. Hexane is also excellent at drawing oil into it.

I’m going to buck the trend and suggest not doing it. There have been a number of failures that required complete re-rebuilds because the stuff started peeling. It’s a big risk with little reward. When these were fresh castings 60 years ago there was potential benefit, and much less risk because they hadn’t been stewing in oil for decades. I think CJ builds more engines than anyone in the US and they no longer use it.

Now I have to go back and delete my likes for the last 2 posts!

When these were fresh castings 60 years ago there was potential benefit, and much less risk because they hadn’t been stewing in oil for decades.

That may be a valid point: I’d posit the castings will be fine w/o it, and the fabled “aiding in oil flow” is of, at best, not a lot of meaningful help.

That said, a casting that’s been properly hot-tanked would be fine to use it on… assuming the formulation of Gyptal is the same, and that’s an ‘if’ I’d be concerned about.

assuming the formulation of Gyptal is the same, and that’s an ‘if’ I’d be concerned about.

This is always an if I worry about. Who knows maybe back in the day it had asbestos in it or cyanide or Sarin gas.

There have been a number of horrible failures that required complete re-rebuilds because the stuff started peeling.

Probably possible if incorrectly applied, but like with every paint, I wasn’t shooting for pretty shiny surface but as thin coats as possible.

Time will tell but I have a hard time believing that amount of paint would do anything, even if some of it became loose. 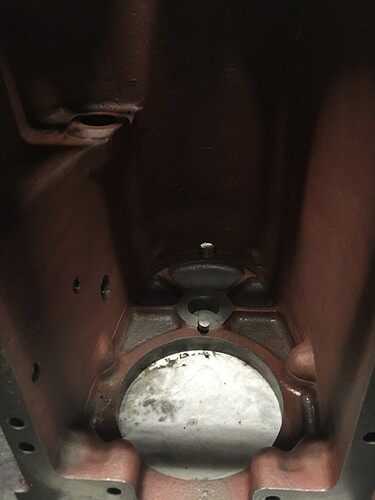 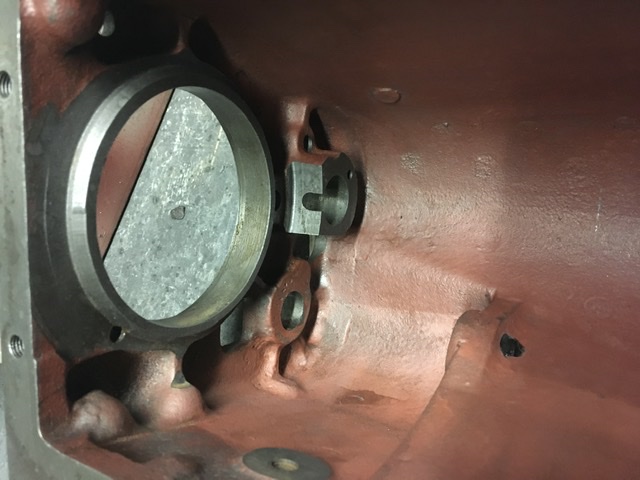 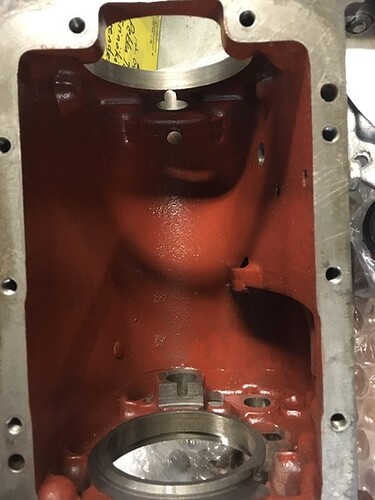 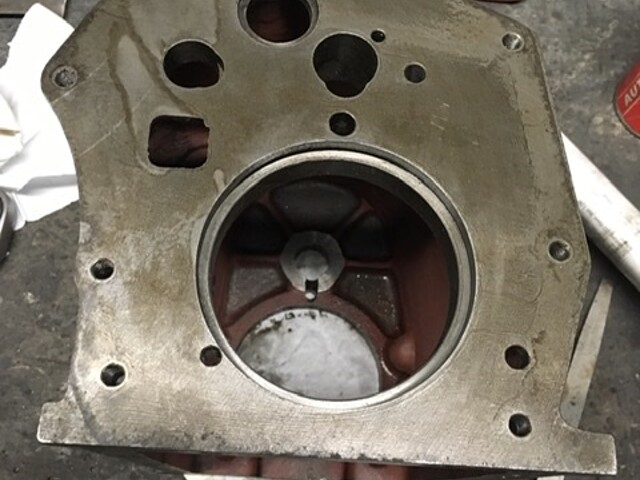 It depends how much comes off and at what rate. If it’s just lifting here and there, no worries. It’s going right into the filter. If many inches come off though then it could conceivably clog the filter. I’d expect pressure changes would be the clue to that.

I don’t think there is any great fears with a gearbox.

I don’t think there is any great fears with a gearbox.

Are there pinholes that long??

The slightest risk of paint flaking off is bigger than the gains. In addition it is work. The block is fine as it is and whatever the benefits were when applied, I don’t think the glyptal will change much now.
Did the hot tank remove the old glyptal?

Did the hot tank remove the old glyptal?

Generally, no: that’s how danged tough the stuff was… may not be, anymore.