Hey guys,
I have 2 questions

I found this hose, those it should fit there ? 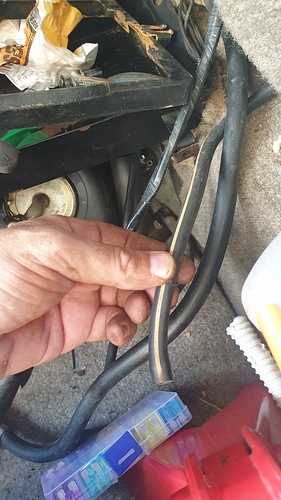 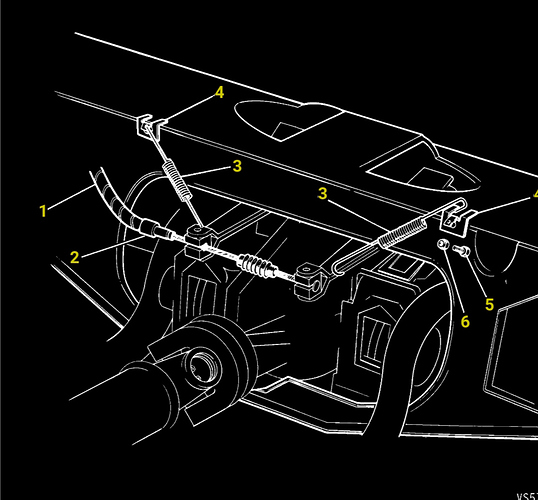 Good illustration. Lemme explain an issue I had. The end of the handbrake cable slips into one clevis while the end of the housing slips into the other. There is a slot in each to allow the cable to slip into place. On mine, stress – possibly from somebody applying the handbrake very hard – had spread one of those clevises a little bit, making the slot for the cable a bit wider than it should be. It also made the clevis jam a little in that yoke it fits into.

I managed to squeeze that clevis back to its original shape. Then I made one change to the assembly: Rather than the cable slots pointing outward as shown in this illustration, I spun each one around so the slots faced the calipers. This makes it a bit more difficult to assemble, you have to feed the cable through the space between clevis and yoke. But I believe it makes the clevis a hair stronger because in order to spread it would have to push the inner part of the yoke open.

I found this hose, those it should fit there

This hose goes from pressure purge solenoid to the underside of the car. Topic of “unusual design” (at least in UK 3.6/4.0) version is here:

Good Day! Gentlemen, I’m just in the middle of fuel hose replacement operation all-over the fuel tank. I’ve got 1989 XJS with 3.6 UK version pre-facelift (non-carbon canister). While approaching area of the fuel vapour separator I’ve tested rochester valve located on the picture. It can’t be that wrong… One side of the valve is connected to vapour separator, the other one to the metal line going behind the tank (and out under wheel arch) which makes sense. The tiny pipe on top is actually c…