Hi all , iam installing a dash cam to my 1988 xj40 , what fuse in the footwell (RHD) would be the best to use , iam using a piggy back type fuse connection . Thanks Mark 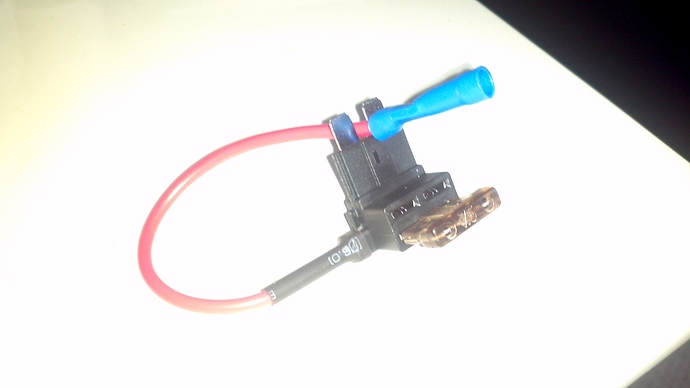 Hi all , iam installing a dash cam to my 1988 xj40 , what fuse in the footwell (RHD) would be the best to use , iam using a piggy back type fuse connection .

Just a quick thought before breakfast — I suppose you only want the dash cam to be ‘live’ when the ignition is ‘ON’ ?
If that is the case, aren’t you pretty much restricted to connecting it to a fuse which is only ‘live’ when the ignition is switched ‘ON’?
That being so, I think you need to use the centre fuse box which receives Ignition-switched power. The LH and RH fuse boxes are connected to the battery at all times.

Thanks Bryan , Didn’t know that was the way the fuses are powered , i am not electrically minded . Hoping the wiring kit is long enough to come from near the rear view mirror , across the headliner , down the A pillar , under the dash to the centre box , wow what a journey . Mark

I think much better after breakfast and my previous post may have missed the obvious when I realise that the dash cam does not have its own ground(earth) provision.

That being the case, you can select a fuse in that RH fuse box which serves something that goes to ground via an ignition-switched relay. A prime example is the radio circuit.

When you switch on the ignition, the ‘A/C and Radio’ relay is energised. So, if you were to use fuse #10 in the RH fuse box, your dash cam would go to ground via that same relay. A much cleaner wiring solution and the dash cam would only become ‘live’ when the ignition is ‘ON’

I think I have that correct - but hopefully one of the ‘sparks’ on the forum may be able to confirm that.

This is how I hardwired my cams in my car:

You will appreciate that Joe’s car is a '94 with significantly different electrics to your '88.

I don’t know which model of dash cam you have, but Joe mentioned that he had to find a 5 Volt feed for his camera. I have a new dash cam (NextBase In-Car Cam 512G) sitting on my desk - a Christmas present I am still waiting to fit in to my Range Rover. My camera also requires a 5 Volt feed but that is catered for in the camera power lead which drops the input from 12 Volts when plugged in to the cigar lighter to 5 Volts for the camera.
I don’t know if your camera has the same arrangement because I’m not sure where you could tap in to a 5 Volt feed in an '88 XJ40.

A bit of time has passed since I was inside the overhead compartment of the ‘40 but isn’t there a feed to the lights in the sun visors? Perhaps it would be possible to tap into that area? That is where I am eventually going to try to take power for my dash cam in the XJR

I have attached a pic of the wiring kit , camera is Gator brand. . 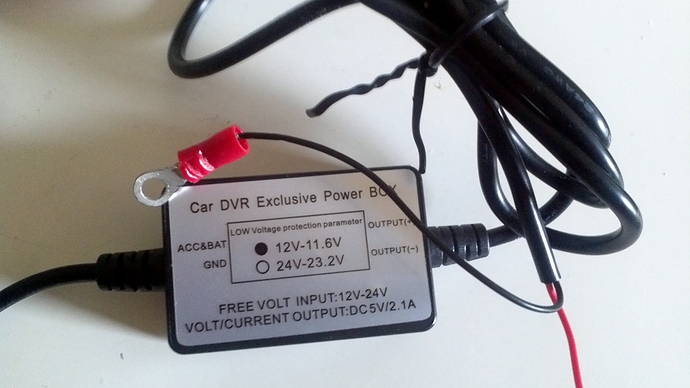 I have attached a pic of the wiring kit ,

That gives you the 5 Volt feed required by the camera … but …
It looks like the tag on the black wire is for a ground connection. What is on the end of the red wire and does that plug directly in to the blue connector on the piggy-back fuse device?

I think that if I was in your position I would experiment a little by plugging the piggy-back fuse device in to position 10 in the RH fuse box and see if you get 12 volts on at that blue connector with and/or without the ignition ‘ON’.

Bryan , the black wire is for ground the red wire connects to the piggy back fuse . All that i have found on the net says to find the accessory fuse and plug the piggy back to that and black wire to ground . If that’s the way to go which one is the acc fuse.

which one is the acc fuse

Never heard it called that - but fuse #10 is the one which is ‘live’ when the key is turned to the accessory position.

Thanks Bryan. will see how we go . Mark