Just wondering if someone can help me identify which year of Jag Sovereign is featured in this print? 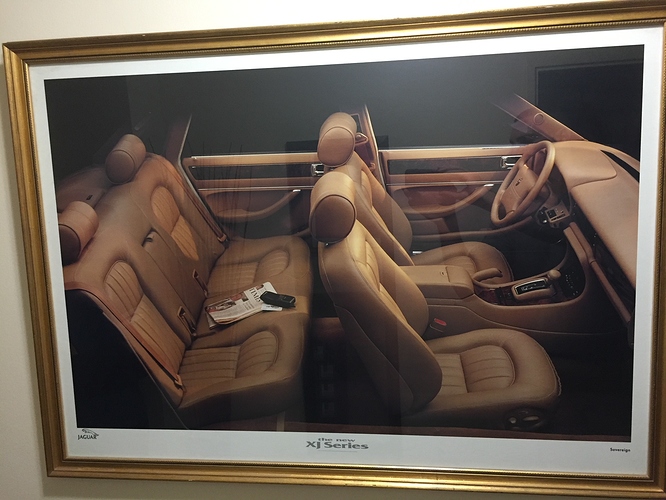 Looking at the dash layout and squareness of the window frames you are looking at a XJ40 from the early 90’s.

Can someone help me identify which Jaguar is featured in this print and the year? 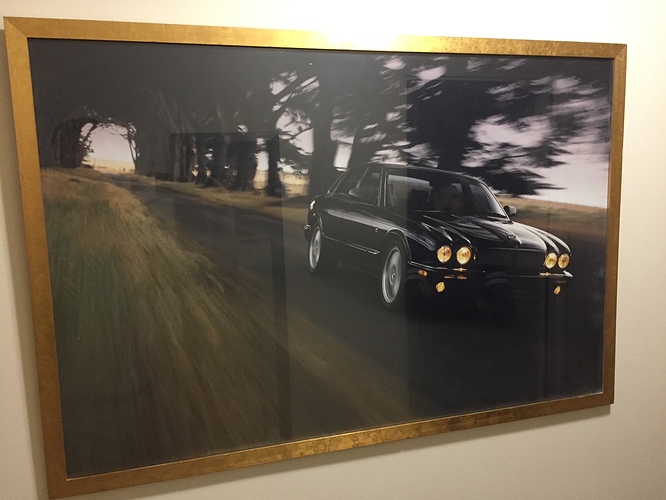 Just wondering if someone can help me identify which Jaguar model and year is featured in this print? 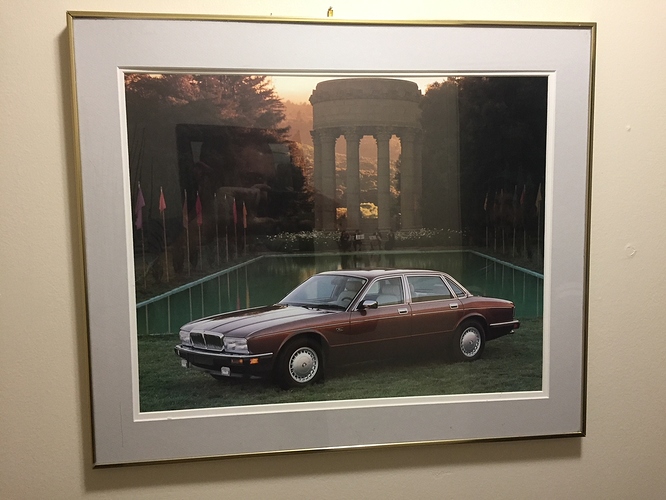 Moving car could be a X300 but those wheels look bigger than 16" so I’d say an XJ8 … but that’s only a guess, because all the retro-styled post-94 XJ line are all pretty much cookie-cutter beasts …

Well, the first interior picture is a '94 or '95 XJ Sovereign. Black car is an XJ8 that could be any one of several model years from the later '90’s into the early '00’s. Larry has it right on the red one.

Moving car is an X308. It has oval shaped side lamps whereas X300 has rectangular. Subtle change but a huge improvement to looks.
It’s a USA market X300 , as the included leaper was not legal in any other world markets.
Being USA market car, over to locals re model/trim level which varied country to country. USA for instance did not get any top of the range Daimler badged models.

Thank you to everyone for helping, really appreciate it.

The print states that the 2 cars are XJS V12 & 4.0 Liter Convertible, but just wondering the year? Maybe early 90’s ? 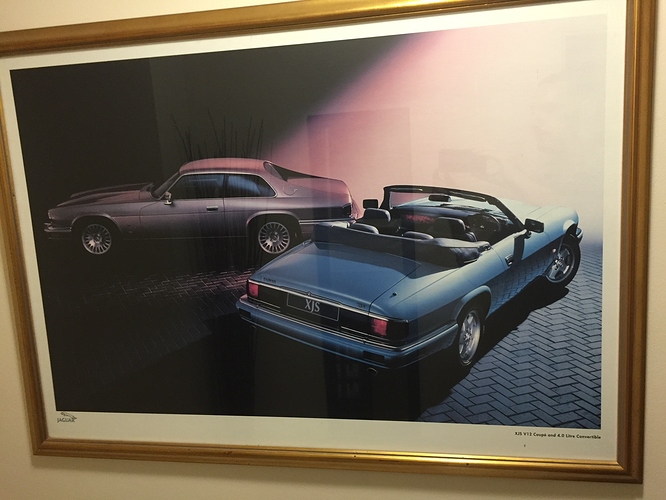 The car in motion is an XJR. The body colored grill surround and mesh.

Almost certain the two XJS,s are the transitional 93s since they have the pre-facelift front bumper and the rear tail lights, side windows and body color bumper cover of the facelift.
The lower roadster also has the 16" Diamond Turned Five Spoke wheels and is UK spec.
My 94 had the full facelift.
That is what they are here in the states.