Her Majesty the Queen

Queen Elizabeth II died yesterday at age 96.
I’m sure we all join with our UK friends in mourning the loss.
She was well respected on this side of the ocean.

Relevant to our pre-xk forum, it will be remembered that in 1945 as an 18 year old princess, she drove an army truck for the ATS. She even checked the oil and changed a tire. 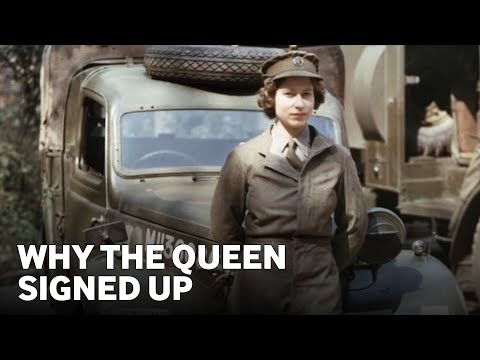 Sorry, nothing to do with Jaguars, just my obsession with other 1930s technology.

Her last message on 405 lines and last of all.

And she liked driving her Jaguar.

She even checked the oil and changed a tire.

More than that, she was a qualified diesel mechanic.

She was a class act for the ages.

So what’s with using a Mercedes hearse, and Audi’s to transport the families? Is that an insult or what? Jaguar and Daimler have been providing limos and hearses for the royals for generations, up to and including a beautiful glass-sided hearse for the Queen Mother. What has changed?

I agree George. I was surprised and disappointed. The UK has a plethora of stunningly beautiful classic hearses across all decades. There will be a good reason for this occasion and we will probably know in due course, and mine is this: There is one consideration for this first stage of transfer that would have focused the choice differently, and that is, it is a 160km+ trip at high speed - for a hearse - and it would need to be with a modern vehicle for reliability. Normal travel time for this trip is over two hours.

The aerial views seemed to show the entourage cruising at about 100kph.
However, I was disappointed that a suitable modern UK brand was not used.

There is one consideration for this first stage of transfer that would have focused the choice differently, and that is, it is a 160km+ trip at high speed - for a hearse - and it would need to be with a modern vehicle for reliability.

That’s all true Peter, though they didn’t need to go at high speed. After all, what’s the hurry?

For Diana’s procession it was the Daimler and they had a spare ten minutes behind just in case. I guess that it didn’t really matter but it did look odd considering the Queen lived through a significant conflict with…

I just saw the recent news and the circuitous route taken was some 300k and over 6 hours, through a mix of open countryside and towns so the speed would have been up and down frequently. I wonder if they changed drivers.

Maybe because of the the mkV breakdown at the jubilee celebrations , somebody made a sweeping decision to use modern vehicles.

The Queen was a conciliator.

She made huge efforts throughout her reign to bring former opponents together to make peace and a decent future, and even shook the hands of IRA members who killer her cousin

(Would have been better to use British ones though)

This company is still providing brand new Jaguar and Daimler limos and hearses for royal duties…as they have done for decades.

If they didn’t want to use Jags, they could have used Rolls Royce or Bentley limos to transport family members.

Here’s pictures of the Queen Mother’s Jaguar hearse in 2002. 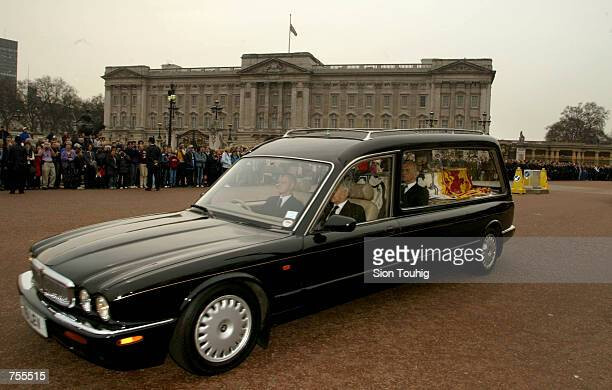 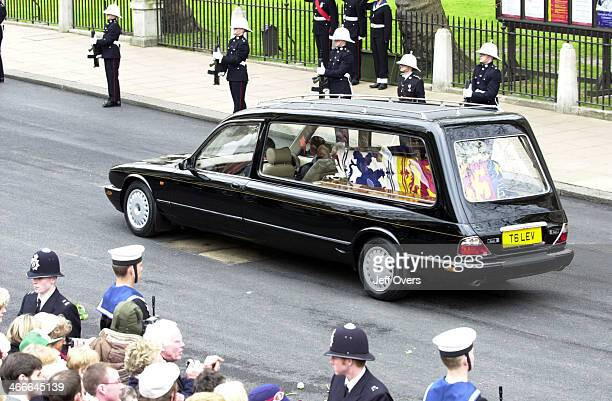 If they didn’t want to use Jags, they could have used Rolls Royce or Bentley limos

Both German owned? So no different? Unless they used old ones.

But, like I said, I’m sure she’d have no problem with using German cars.

If she wanted to appease the Germans, why didn’t she use German vehicles herself while she was still alive? She made it a point to always use British made vehicles her whole life.

You are forgetting that we have now said bye bye to Europe so they are all wicked foreigners again.

Apparently a majority of the British don’t think so, or Brexit would never have passed.

Brexit would never have passed

Brexit was nothing to do with whether we like a particular race or races, or not.

How about we get off this irrelevance and get back to the Queen.
Here she is visiting Brown’s Lane in 1956. 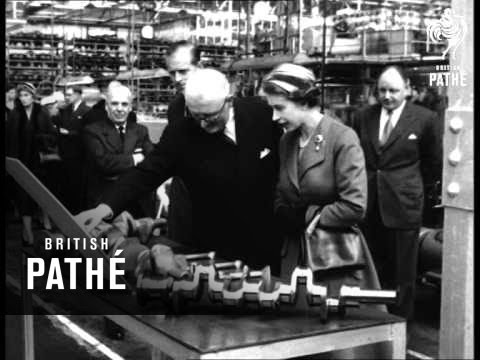 Surely this is simply a case of the British Government/Establishment should be seen correctly supporting and being pro-British cars, whether Jaguar, Rolls Royce, Bentley… and it’s not anti-Germany nor indeed anti any other car manufacturing company nor country. I still say someone stuffed up big time not using British marques only, for all this Royal funeral entourage …

I think to many people are too quick on the negative bandwagon here, without any cause…