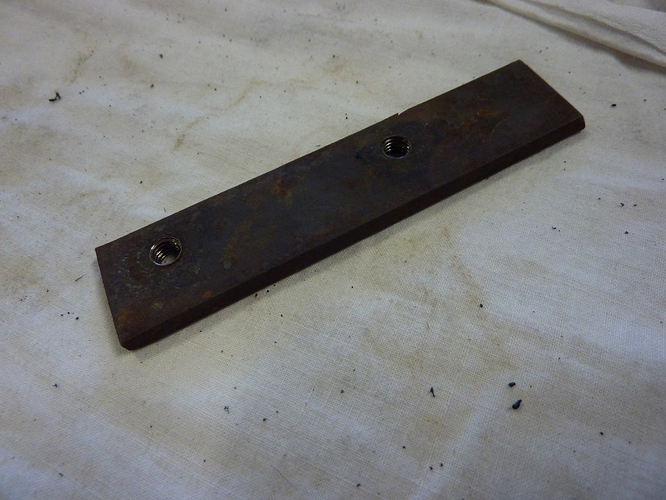 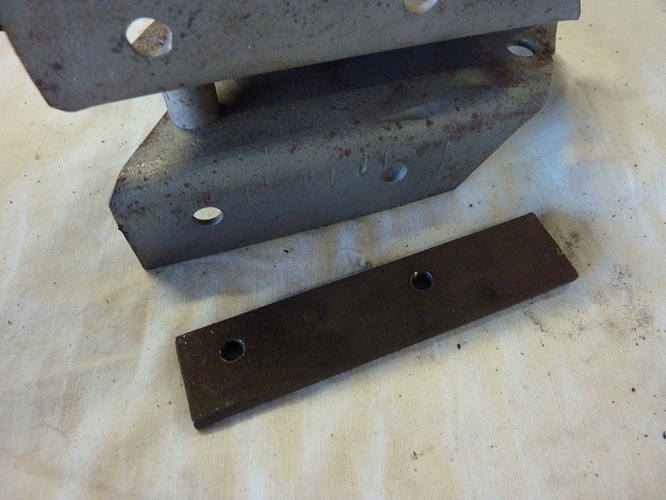 Could someone enlighten me as to where these plates go?
I have two per side but don’t know where they came from. I imagine they might be used on the bottom hinge box as that is the hardest to get to, but would like to be certain. It was such a drama getting the bolts out of the hinge boxes that I completely missed noting where these took the place of regular nuts.

In the same area but a totally different topic (was going to start a new thread but couldn’t think what to call it), can anyone confirm that the laws of physics don’t apply in the hinge box area?
I removed the front wing and now as I reassemble I find the bolt holes for the top hinge box on the front ( cowl ) side don’t line up. They need to come up about 10 mm. 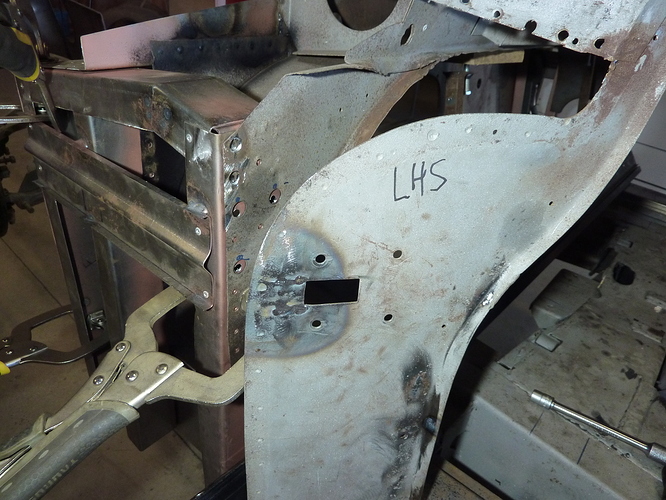 It’s really hard to get a photo to show what I mean. The blue marking pen circles are where the holes need to be.
I have no explanation for this A couple of mm I could understand, but 10, that’s nearly a half inch… And it’s doing my head in. I can’t see how the hinge panel has moved relative to the cowl.
I can move the holes easily enough but I would really like to know how this has happened.
I don’t expect anyone can answer this, I’m just venting here.

While I’m having a whinge, is it just me or do other ipad users find it difficult to post on this forum?
I’m no computer whizz so it’s probably just me.
All the best
Garry

Hi Garry, I am exclusively on iPad, what is it that you are having trouble with?

It’s that the text scrolls up (out of view) when I want to edit it.

That would make sense, but I thought I found them in the hinge box area.

Anything else in the hinge box area that might cause confusion Gary ? camshafts, carbs etc😃 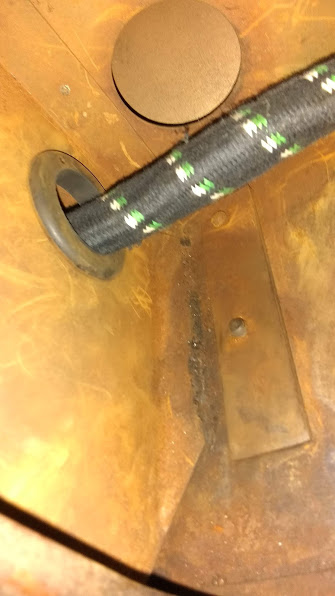 I’ve tried one other hinge box, not sure which one. Same result. They’re all the same aren’t they? Not right or left handed?
As for moving panels, I can’t see how it is possible. The hinge panel and the cowl are pretty well fixed in relation to each other. That’s what is so confounding about it. I’m reluctant to move the holes but I cannot see any other way.

Now that I look more closely at your picture, I see you are combining old panels and new panels. Possibly the new panels were not made right?

@Nickolas, do you have any of your valuable input?

Gary does the bottom hinge box line up OK ? if so bolt it in position then offer up the wing to check if the door shut face panel mates up with the wing at the top hinge position.
What other work has been done, if any, to the sill / bulkhead area. The door shut panel is original, correct ? All 4 hinge boxes should be the same.

I think I have found the problem ( if anyone is still interested).The car had had a collision in the front right side. This appears to have the effect (among others) of lowering the right hand door hinge panel by about 12mm.
The bonnet hinge panel is level with the chassis but the rear of the cowl (where the upholstered barge roll sits) is not. The door hinge panel is located by the rear corner of the cowl and that’s my main problem because it means the hinge panels are not even side to side.These photos show the laser proof though it is difficult to see. 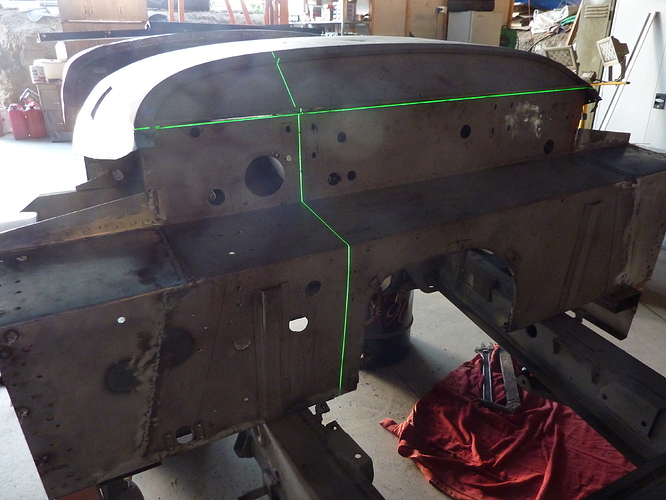 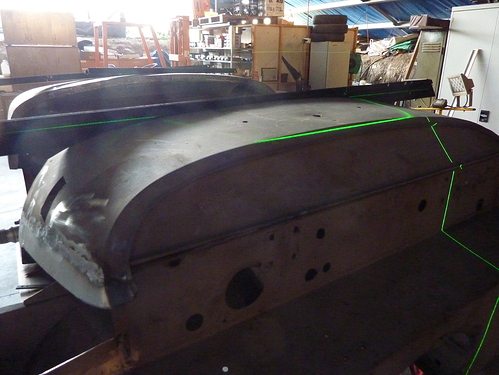 I had a try at jacking the rhs up but it’s a very strong box section that’s very difficult to hold, so I had no joy there. But I might have a solution.
This photo shows the supports for the cowl top panel. 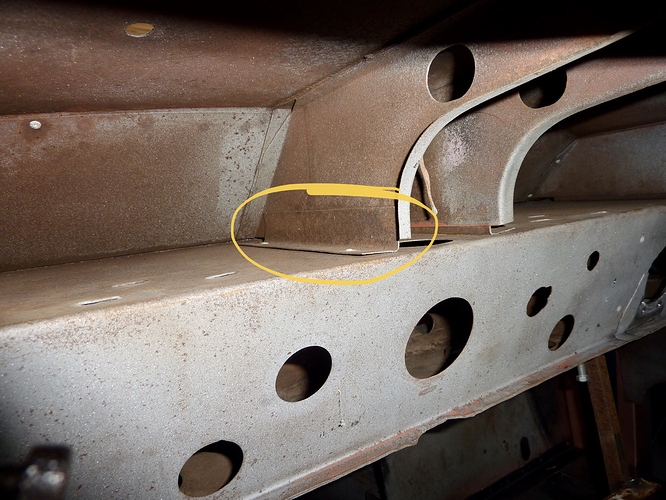 I think I can drill out the spot welds on these flanges (circled) and lift the rhs of the cowl, then reweld it.
I’m putting this out there to see if anyone has a reason why this won’t work.
Thanks in advance,
Garry

Sorry Peter, only just saw your reply.
No the bottom hinge box doesn’t meet the cowl support box properly - if it is 20mm away the hinge panel meets the guard nicely.
I’ve new sills and have replaced the outer pieces on both sides of the firewall.
Door hinge panel on lhs is original, I had to replace rhs.
Thanks for the tip on the bonnet hinge plates, they had fallen into the door hinge space when on the rotisserie.
Garry