Has anyone had the dealer correct the alignment of the hood/bonnet with the wheel panels? I found a multi-page set of instructions for dealers on how to correct the alignment, especially over the front wheels. Car is in storage currently, but want to be fore-armed as to getting them to do it, and do it under warranty.

Be prepared to argue your case. I tried to get the main dealer in San Francisco to adjust mine while the car was still under warranty. They argued hard that there was no need, and even showed me brand new cars on the showroom floor with equal or worse gaps. I relented, and have regretted it ever since.

Back in the early 1990’s, I was trained on how to align the windows and gaskets on XJ-S convertibles.

It is a…Step…By…Step…Procedure…That…Must…Be…Done…Properly. Each step with meticulous care.

No shortcuts. No guesswork. Any errors show up at the end. Then back to step 1.

Ya think ANY dealer mechanic is going to WANT to go through that?!?

I have a my16 s coupe and my bonnet was out of alignment. I requested the selling dealer Glen Cove Jaguar align my bonnet ( I bought my jag in August 2019) when they replaced the leaking pinion seal. I was told alignments were approved only during the first year of ownership, this was confirmed when I spoke to JLR corporate. I aligned the bonnet myself by adjusting the four adjusting nuts under the bonnet, a lot of opening and closing to adjust correctly. It can be done, good luck, check jaguarforums for information.
Frank

Thank you all for the input. Read more in the forums and did two things. Checked the fit of the 4 bump stops for the hood with the white grease technique. No real indications of bad fit there. Then I looked at the bolts/ fitment around the headlight assemblies after reading the post about the two bolts that had fallen out… Drivers side headlight assembly alignment looked fine. But when I went to the passenger side. I could push the headlight assembly inward. I found the location of the “two bolts” and found the “cups” underneath in the wheel well liner. Easy to see that both bolts were gone. Found part diagram for headlight assembly T2R18037, the bolt is #3 but can’t find any sub number for that bolt. I will inquire with the dealer to see how amenable they are for any panel alignment work and get them to put those two bolts in. I can see one getting loose and falling out, but two??? I’ll bet they never got put in at the factory.

Today’s update is that I now have the correct JLR bolts for the headlight assembly. Mulling the install options… remove wheel well liner ( so the bolts don’t fall out of my socket and disappear somewhere in between the wheel liner and the front of the car) or block off all the bolts’ possible escape points and install the replacements using the access holes in the wheel well. A Sunday project.

Thanks for the update. Please keep us posted on your progress and if possible photos of your car and project. Good luck.
Frank

Looks like the plan will be to attempt to ‘pull back’ the front/forward side of the liner and hold it in place with zip ties. Will provide photos, part numbers. Good thing I trained on Triumphs, MGs, old Corvettes, an old wood boat and my E

I thought I would have to take out the inner wheel well liner, but as it turned out that was not the case. I first turned the wheels to the left (to access right wheel well area) and used a small ratchet. My big concern was having the new bolt fall out of the socket and get lost in that abyss in the front of the car. I used a tiny bit of Scotch Removable Mounting Putty, used mainly for putting posters up on walls and not damaging the surface or leaving residue when the poster is removed. I put a bit of the putty in the socket and squeezed the bolt head snugly into place in the socket. I also tucked a small micro-fiber towel in forward of the work area, to help if the bolt did decide to take a hike. No worries. I maneuvered the ratchet, socket and bolt into place and started the bolt, When I was sure that it was started, Husband-Assistant gently pressed in on the side of that headlight assembly so I could then finish tightening the bolt. I did the outboard bolt first. Closed the hood and checked the alignment,… dead on! Did my celebratory dance and went back in to finish the 2nd/inboard bolt.
First photo, original alignment of right side/Passenger headlight assembly: 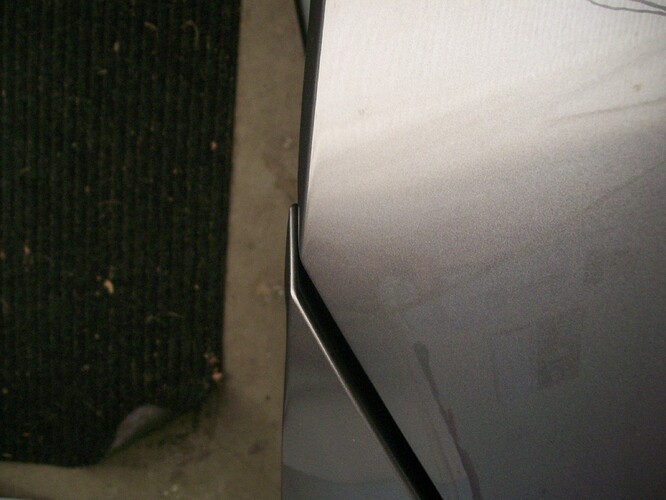 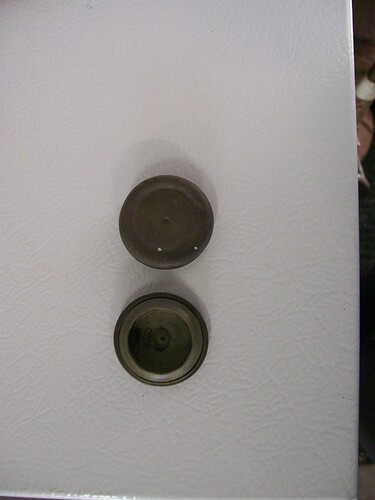 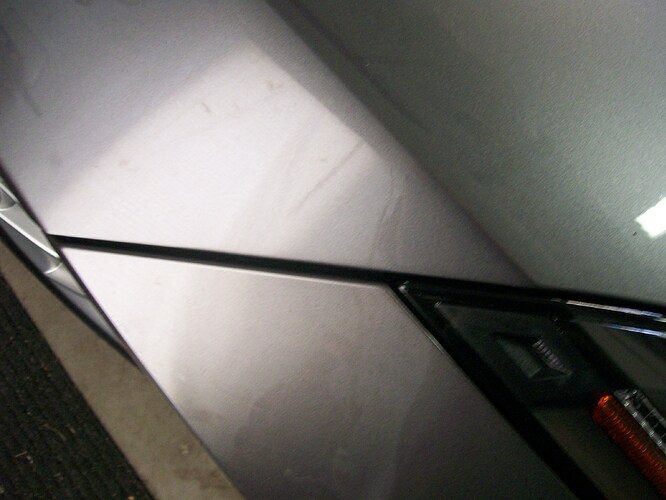 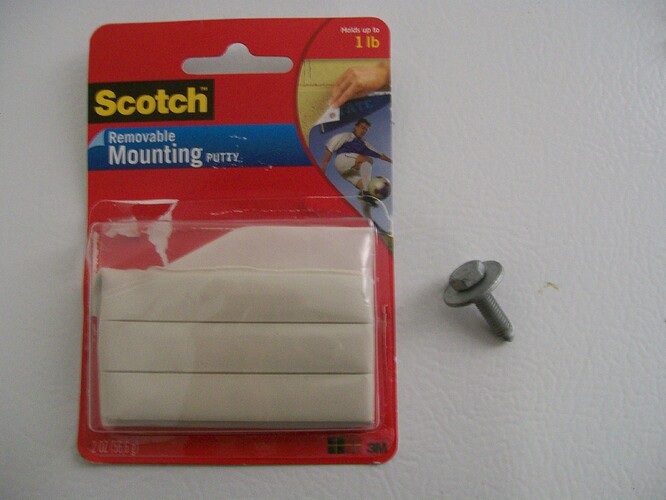 The bolts are Part C2C32665010 It has a 10mm head and a pointed tip which is important to get the bolt in its hole and lined up so it threads properly. Jaguar describes it as a Fender Liner Bolt. Cost at Jaguar dealer was $2.70 each. Just checked Ebay and someone has them for $7.17 each. The ratchet I used has a finger wheel on it that allows you to use your fingers to turn the socket, handy as there wasn’t alot of room to use the ratchet handle. The washer is a free-spinning, yet integrated part and is held in by the threads. There was no evidence that the two bolts were EVER there…no washer ‘scrape’, etc. Sure didn’t need to compromise that Headlight assembly ( T2R18037) at $2300.
The 2017 Coupe 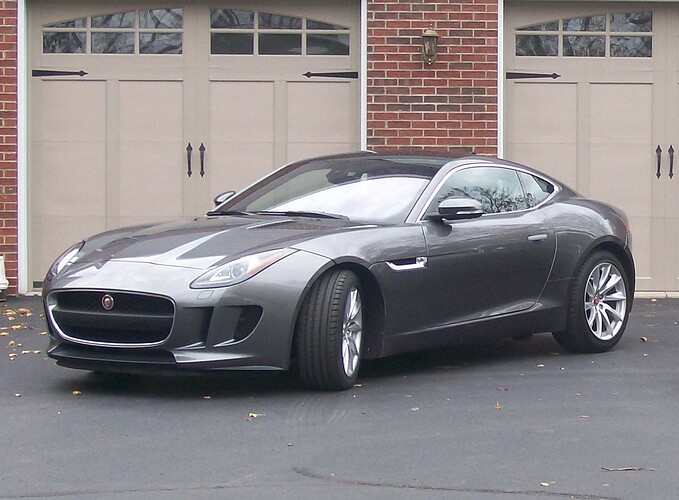 Well done!! Thank you for sharing the step by step process. Beautiful jag! I also had a E type a 63 coupe that I had for 21 years and enjoyed driving over 50k miles. Love the color.
Frank
My16 S coupe storm grey with brogue interior ivory stitching performance