How Why does spec compression change 120 to 150

only one guess allowed :)…compression is with valves fully closed…and the ratio for both is listed as 8-1. Engine builders chime in…
Nick

Which is why I’m thinking that the cams were changed for the 3/8” lift from the 5/16” of the early ones. Bigger lift equates to more air going in therefore more PSI.

the hi lift makes sense…Robin…I will buy into that…with the improved XK150 intake and head ports…?? that is a major increase form 120 to 150psi…,Nick

Legend has it, some of the old Chrysler V8s with tuned intake tract lengths achieved over 100% volumetric efficiency.

Legend has it, some of the old Chrysler V8s with tuned intake tract lengths achieved over 100% volumetric efficiency.

Could be: it’s in that realm where port matching, polishing and other demon tweaks make a difference. 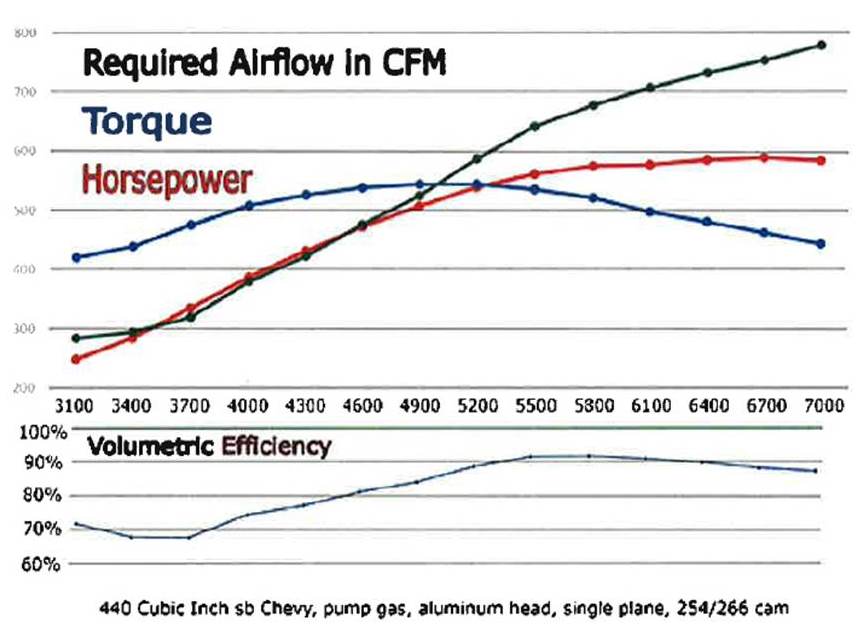 Learn About Volumetric Efficiency and How it Affects Engine Performance

The differences probably relate to how the compression tests are performed. Page B.63 in the XK120 Service Manual states the following:

When taking compression pressures ensure that the ignition is “off”; turn the engine over by operating the push button on the starter solenoid switch attached to the scuttle.

The Service Manual does not indicate that the carburetor butterflies should be held fully open as is standard practice. With the compression test being done with butterflies closed, the results will be lower.

When the intake valve closes might impact the compression test. That said, you would think that the the lower lift XK 120 cams would close slightly sooner and show a higher number, not the opposite. Perhaps improvements in the seal of the rings and valve seats?

I think we need to differentiate between the static compression ratio and the dynamic compression ratio. The former is the simple ratio of the total volume divided by compressed volume. The dynamic ratio takes complex calculations for the variables introduced by the physical properties of the compressible gas mixture, and will vary widely, proportional to the velocity of the gas. Frictional fluid flow losses are generally proportional to the square of the velocity, so twice the velocity results in 4 times the friction.

A simple employment of the gas laws and the assumption of adiabatic compression will tell you that the cap on a static compression test will be the product of the prevailing atmospheric pressure and the static compression ratio. (higher at Miami Beach, lower in Denver) We know that the condition of the rings and valve seats has a large impact on the result, indeed, that’s why we do the test in the first place. I doubt you could spin the engine fast enough on the starter motor to do any sort of valid dynamic evaluation. People have been known to use a 50 hp electric motor to spin the engine full rpm to evaluate that condition.

so…the later 150s had the Harry Weslake straiht port head…and the S had 3 carbs. I don’t know anything about the differences in the straight port head. With compression ratio the same at 8-1, …it has to be more air-fuel mix thru the intake and ports into the combustion chamber…Right?? Wonder if there was a compression psi difference also…in the XK120 with hi lift cam, and then also in the 140 MC…with hi lift and C head. I Have not found any compression figures for either as yet. Have to look up the Weslake straight port head. For Roger Payne…you’ve discussed the horsepower increase in the 140 with only the cooling change? Was there a compression psi increase? What compression psi do y’all look for, and find…across these models/variants?
Nick

I always remove my air cleaner, and SU dashpots and pistons with open butterflies and with a warm engine. Ignition off and all plugs removed and also attach a battery charger to get max. spin.

Hi Nick,
Just wondering, what is your source of information for the 120 and 150 compression pressure numbers?
And yes, assuming using the same testing procedure (for example having throttles open) for engines having the same 8:1 nominal compression ratio, the only thing I can think of that would explain differing pressures would be differing charge volumes (volume of mixture ending up in combustion chamber with each intake stroke).

My recently rebuilt 140 C engine (8-1) is testing right at 150 psi even before break-in…this with no intake or exhaust manifolds installed. However, I advanced my intake cam to trap more intake charge at a lower RPM. Cranking speed…I would guess around 200 rpm…will show a dynamic comp ratio somewhat lower than calculated static comp ratio since some of the charge will be forced back out the intake valve due to the “late” closing of the intake valve. Generally, dynamic ratio will only match static ratio when the engine is running at it’s torque peak…full cylinder filling. Seems to me the quoted compression pressures in these manuals are sometimes calculations rather than actual measurements.

The procedure quoted about the 120 did not mention throttle plates open or plugs removed…this would produce quite low figures…low cranking speed and intake restriction.

factory procedure does state all spark plugs removed, at crank speed, at 70C…but does not mention throttle.

The XK150 with 8-1 achieves the 150psi per the SB221. Quite a jump up. So as we have now discussed…the improved intake manifold, improved Weslake Straight port head…What else…? Interested to see…for 8-1 XK120s…what y’all may have as compression psi…Factory does not indicate a difference in what I can find…so far…on compression psi between the 5/16 cam, to 3/8, to the C Head C7707 that of course has 3/8, does the XK140 have an improved intake manifold from the 120? Roer Payne had discussed how the XK140 achieves more horsepower even with the std cyl head.
Nick

Seems to me a less restrictive intake system would also allow MORE charge to be forced back out before the intake closes AT CRANKING SPEED. The lower intake restriction would allow the peak torque to occur at a higher RPM…which is the goal…which results in higher HP production at that now higher RPM torque peak and beyond. Indeed, high performance engines generally show rather LOW compression pressures at cranking speed…

Compression ratio and cranking compression are 2 different things. Bore, stroke, head chamber volume, piston dish or dome volume and head gasket thickness/volume all determine compression ratio.
What you are most likely seeing is a difference in cam timing.

I will look up the cam specs, xk120 to xk150…anyone have that at hand? But these are not race cars…so I suspect not exotic, not much different. It is possible the early XK120 spec of 120 psi was with the 5/16 cam. But since the 3/8 was soon fitted to the SE…was the 120psi still the compression? What was the compression for the XK140MC? We know the cyl head was improved for the XK150 while still bein 8-1 ratio…but now 150 psi compression… Lookin for the facts…
Nick

With a performance type cam, or one with more lift & duration, the exhaust valve will typically start to open before TDC, bleeding some of the pressure off

No, the exhaust valve opens quite a bit before Bottom Dead Center…on all engines…this is known as “blow-down”. Compression pressure is governed by the intake valve closing event…which happens after BDC on all engines, and even later on HiPo engines. That is why aggressive cams show lower compression pressures at cranking speed than stock engines.