Most of my Jaguars seem to run at around 70 deg. On a 140 it is 80 when driving and 84 at idle even at cool ambient temperature. Don’t know which thermostat it has, but it is the correct one with the long sleeve and the little pennant is at the top.
However, the main hose from rad to thermostat gets very hard as the engine warms up. There is a modern modification in that an expansion tank is fitted. But I solve the problem by opening the lid to the expansion tank, and this lets out the over pressurized air, and the main hose gets nice and easy to squeeze. This also lowers the temp from 90 to 80, and the rest of the drive is fine. Same procedure the next time I drive it, starting with a cold engine.

What cap are you using? With an alcohol bellows thermostat, even a 7lb cap is pushing the boundary, 4lb would work best. If the system pressure rises too high, it can cause the alcohol in the bellows to re-condense and the thermostat will start to close.

This has nothing to do with temperature, though, which can rise above the setpoint of the thermostat for any number of reasons.

4Lb on the expansio /header tank. There isn’t much of an air escape as I open tve lid. Nowhere near the case with a rad lid on a hot engine 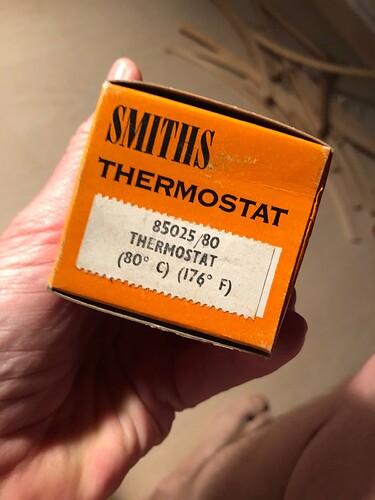 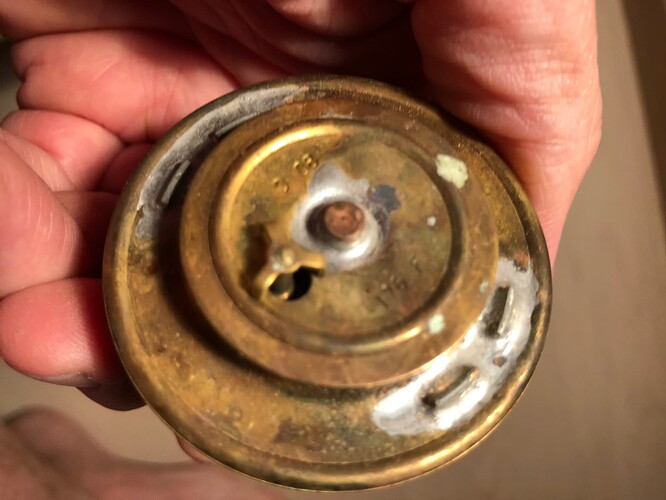 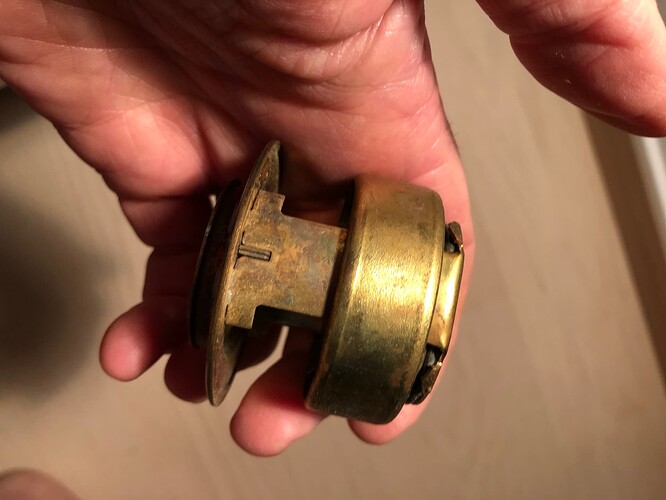 image1920×1440 110 KB
This explains the 80 deg. Correct thermostat?
Could the housing part be incorrect, causing the stiff, blocked upper hose, and rise in temp to 90, before I release the pressure by removing the cap on the expansion tank?
And back to my orig question: what is the ideal temp for the XK engines? 70 like most of my many Jags run at, or 80 as this particular 140 runs at?
Michael_Frank (Michael Frank) April 20, 2022, 4:24am #5

It sounds like the cap isn’t venting properly. Jaguar specified both temperatures at one time or another. They’re both in the “sweet spot” for both wear and friction losses: 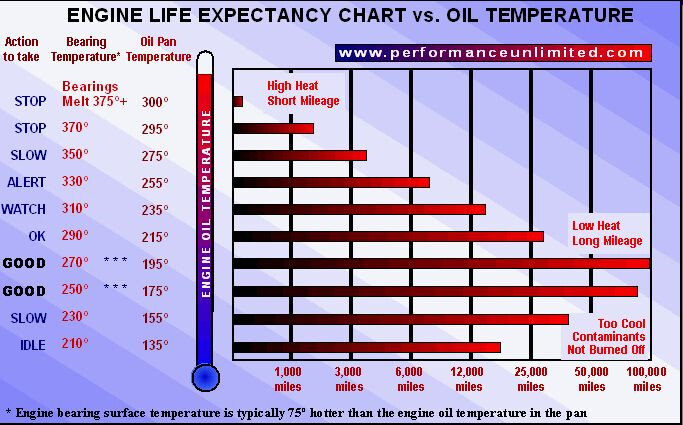 70 to 80C is optimal operating coolant temp. The factory fitted standard thermostat was to be fully open at 80C. Somewhere I have seen a factory operating temp…can’t find it right now…maybe in the smallish owners operating manual…it specified in the mid 70s C. Winter thermostats are up to 86C…It is fine to run a bit warm…not so good to run too cold. With anti freeze and a 4lb cap…boil point is raised a little over 100C…but I would not run long over 90C…gauge indicator can be off. Nick

4Lb on the expansio /header tank.

I have read and been told both ways as to the ratings of the caps and were they go. One meathod is to have just a blank cap on the radiator and a 4 lb cap on the expansion take. This allows for fluid to travel both ways in and out of the radiator while maintaning equal pressure in the system. I would like to no the best practice of the expansion tank application as i am getting ready to fit one at this time. Also I recall vendors selling thermostats that were actually backwards in design, in that they covered the bypass port on start up and then covered the main port when warm. This might explain the rash of aluiminum radiators sold in the last few years.

Lot of stuff to cut through here…

There can only be one, only one, pressure cap on the system. Jaguar systems with separate header tanks would require the cap on the header tank, period. In some cases, Jaguar put a blank cap on the radiator to facilitate filling. This second cap should be a plain, non pressure release cap. The overflow fitting would be extended to the header tank.

A pressure cap will bleed air until coolant reaches the level of the cap. Then it will close and retain pressure until it releases at the pressure setpoint.

Jeep Wrangler has a pressure cap on the main system, and an ordinary fill cap on the expansion tank, which is open to atmosphere.

Yes, that is what I was describing, the Jaguar system and the Jeep system are two different ways of achieving what you want, pressure in the main system and no coolant loss on the road. All modern cars have one or the other. I suppose my '74 XJ12 could be considered modern. It has side tanks on the radiator. So does the Jeep. Peder’s 140 is not modern, it has a top tank, and the accessory tank has been added, but we don’t know which type has been added, and are guessing at the trouble. I was offering a guess that he has two pressure caps. 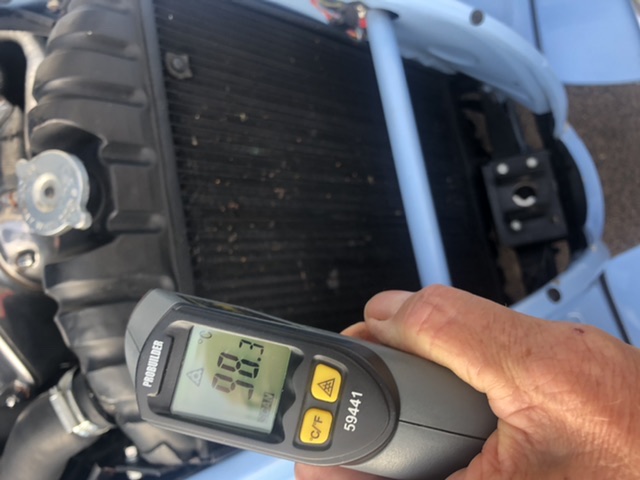 The car is 350 miles away, but I found this picture. It probably explains the problem, as I have the same cap on the header tank 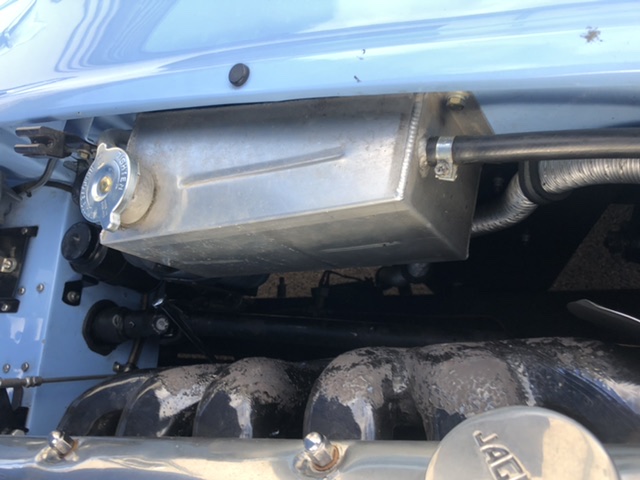 That’s it. Drive it around with that expansion tank cap loose and see if it makes a difference.
The other odd thing I see is the small hose goes into the tank near the top. I think it should be at the bottom. Mine is. 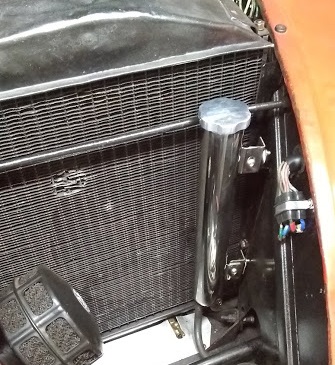 Let’s talk about the cap a bit. There are two types of caps…vented vs unvented. In both cases, there is a valve-within-a-valve. Let’s take a look at the most common, unvented cap: 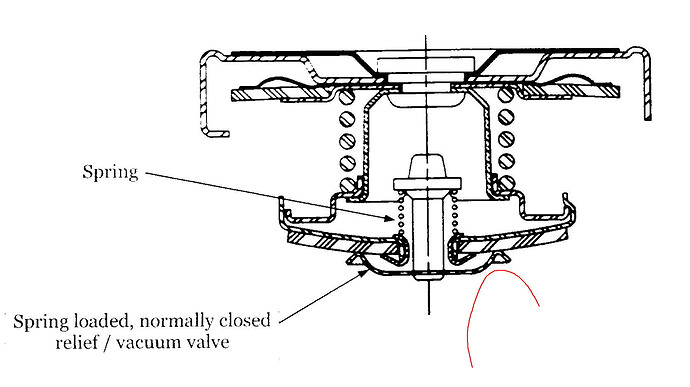 The big spring controls the primary valve, and holds system pressure to 4, 7, 13, or whatever the rated pressure is. But in the center of the primary valve, there’s venting valve that’s lightly spring loaded. The spring keeps this valve closed in most conditions. In normal operation, coolant and air are retained within the top tank or header tank. As the system heats, the air compresses. If it overheats, the combination of air and coolant is forced out when the main valve lifts. So what is the purpose of the venting valve? When the system cools, a partial vacuum will be created. The vent valve opens and allows air back into the system.

The second type of cap is called a vented cap. It’s construction is similar, with one small change. The venting valve has no spring, so that it’s normally open. This cap is usually used when an overflow tank is present. In operation, air is pushed out into the overflow tank until there is sufficient pressure for the coolant to lift the vent. At that point the cap seals, and it will function like a normal pressure cap. 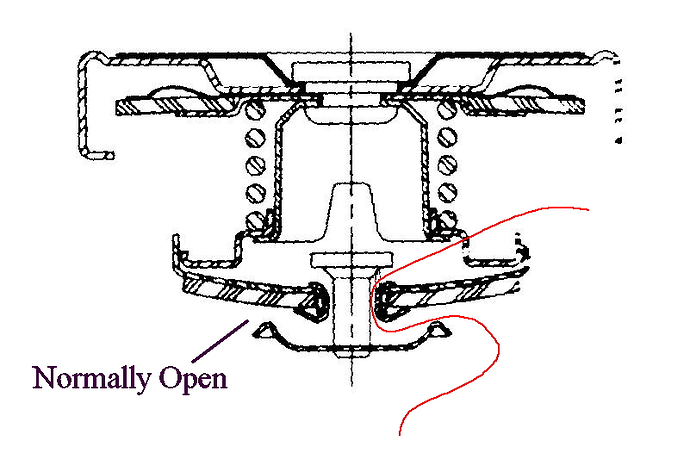 There should be just one pressure cap on the system. If it’s on the header tank, then the radiator should have a blank cap. In this case, the radiator cap is only there to facilitate filling. Having two pressure caps results in air retention.

Yes it’s much better to have one pressure and one blank cap.