I fashioned an ‘adjuster’ from an old cross head screw driver. I ground down a Phillips until it fitted the screw exactly,

From this thread (and some others)

As some of you know from the XK forum, I pulled my original motor 2years ago and installed a rebuild XK140C motor I purchased from John Meering (RIP). Originally I just threw on the H6 carbs from my original SE spec 120 motor. With the original 60 year old needles it was pretty much the opposite of this (14.5 at WOT and 12.5 to 1 at idle). Plugs would foul up around town, PITA. Because I have installed a spare/new motor plus a wideband AF sensor, I’ve started tuning the carbs by trying d…

I extracted these aspirational numbers:

Lean Cruise in the 14s

Under no load in the garage I set mixture at 1050rpm (true, not car tacho) at about 13.5. Lower speeds as you say see air drawn back in and readings all over the place. However, it becomes steady around 1000rpm.

However, under load and cruise under all sorts of situations it was consistently in the 11s, all the way up to about 3500rpm.

Hence my deduction the WO2s were too rich.

The Mintylamb tool shows this for the annulus (ie richness) for WO2 (the later recommendation for this spec engine), WO3 (which is what I am trying next, leaner throughout) and the original spec needle, SL. (Green, bright grey, and pale grey respectively). You can see why the SL may have caused spitting back at lower revs.

A clever friend devised and made the pipe and attachments for the Innovate sniffer. It will not give a steady reading below about 1000rpm. It comprises a pipe containing the sensor which is inserted into the tailpipe and clamped in place. To get an accurate idle number a blanking plate would be needed to ensure all the exhaust gas went through the sniffer pipe. 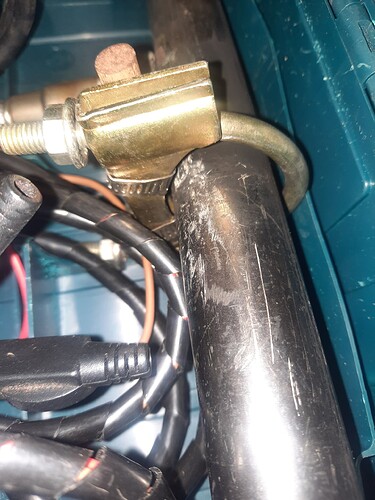 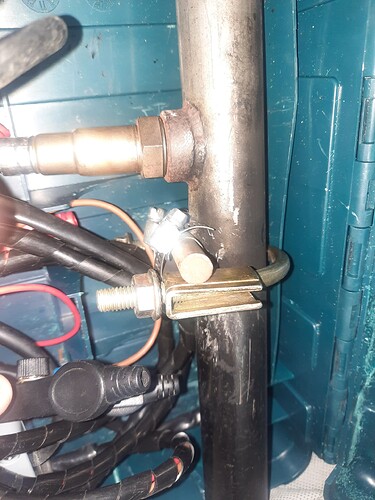 The ideal position is at the base of the collector - which for an XK engine is in the single downpipes below the cast manifolds. I have welded a boss in each pipe at the point where they curve backwards - on the side of the pipe, not the underside. I gave up on the tailpipe fitment as I could not get steady readings. The bosses work fine, and pretty easy to fit.

I would guess the tail pipe adapter will work just fine as long as the pipe after the sensor is long enough. I also think setting idle mixture at 1000rpm is ok because the SU design varies AFR smoothly across piston height (unlike a Weber DCOE).

I did the same as you (2 sideways bungs where my dual exhaust becomes horizontal). This is convenient for road testing as I can run the wire up the door jamb (carefully). More trouble to install/remove the sensor than the tail pipe approach.

Roger or John, any chance of a photo of your AFR sensor bungs on the downpipes?

Easy when you park in a lift. PITA to do on the ground. 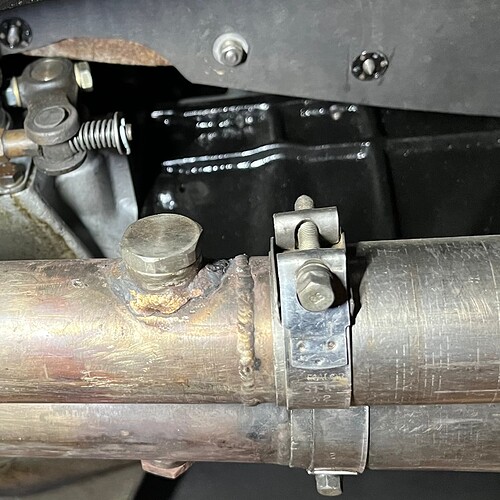 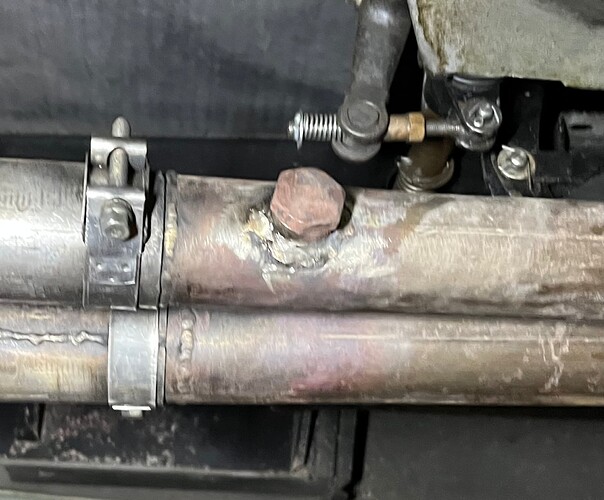 Thanks, John. I was thinking of doing them higher up on the downpipes before they join (single system). There is plenty of room around there on RHD cars.

a couple of shots of the sniffer in a DB5 tailpipe. Because of the angled cut it’s not possible to put the sensor on top. So to minimise soot on the sensor, before insertion, I always warm the car up first and then after insertion heat the sensor before starting the car again. 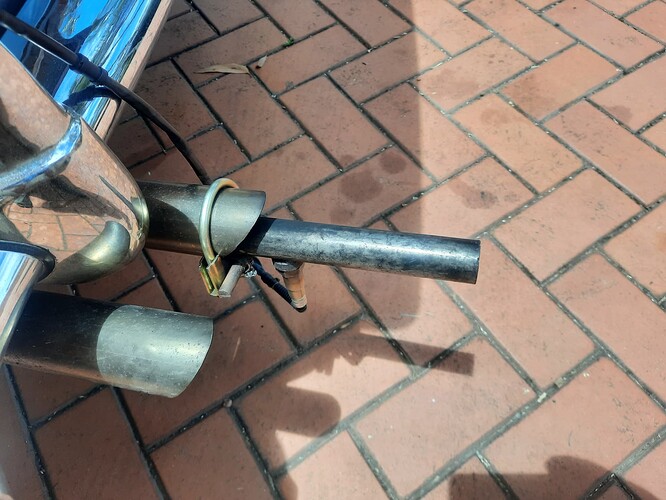 Sorry, took a photo of my sensor bungs and forgot to post it!

Here they are, as fitted by Jimmy at Classicfabs. 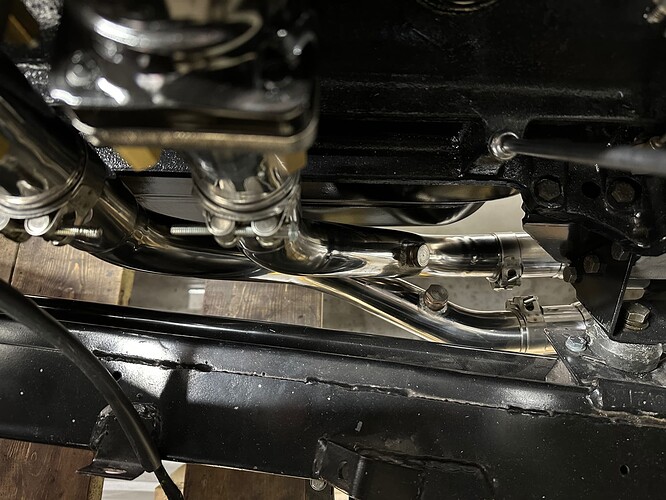 The intake manifold has some crossover, whereas the exhaust is two three-cylinder systems. Hence one bung for each. You can’t read AFR on the intake side.

I understand that. I was curious to know that if there was some crossover, the reading on say, the front downpipe might not be totally indicative of exactly what the front carb was doing. It’s probably not even a factor, though. The AFR is still likely more accurate than the traditional methods of setting the mixture.

It won’t be totally indicative as both carbs feed one open inlet manifold, so there will be some crossover between the carbs. Nos 1 and 6 will be pretty well isolated, I’d have thought, but no, you have to get used to the ‘magic’ of balancing twin carbs. This applies to any means of measuring the mixture, pin lifting, coloured plugs etc. etc. Similarly a four barrel such as a Demon, with the added complication of air bleeds etc. on each individual venturi. I don’t know any guaranteed way to get a perfect tune, beyond experience, I’m afraid!
This is why I always rely on a rolling road session to get an initial state of tune. Money very well spent, in my opinion. I get it home, take all my own readings using my own equipment (wideband sensor, timing light) and record what I find. Then it’s easy to replicate later.

Indeed - the only way to tune an engine accurately is when it’s under load.

Thanks, Roger - I’ll be doing that in due course, too.