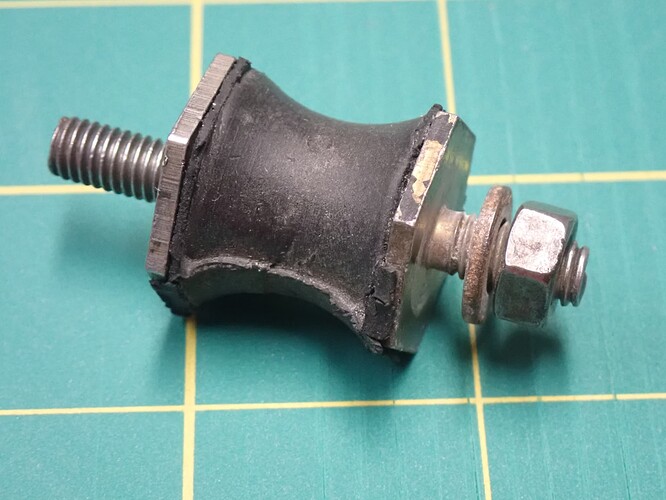 P51100011920×1440 157 KB
Found this yesterday with some old parts and I think it’s origin was a 1970 E-type coupe I owned long ago. Help in identifying with part number and its application would be most appreciated.

That appears to be one of the Lovejoy style mounts for the fuel pump.

P51100011920×1440 157 KB
Found this yesterday with some old parts and I think it’s origin was a 1970 E-type coupe I owned long ago. Help in identifying with part number and its application would be most appreciated.

Thanks Paul and Norman. Found in an old S2 Parts manual C24792 (qty 3) for the fuel pump. Details are sketchy but it’s a start.

Norman, Do you have any information regarding an S1 Trans mount? I’ve never owned an S1 but that doesn’t mean I don’t have some parts for one. LOL

Thank you both for your help.

That’s also a possibility, if those are 5/16 studs. That would only cover early E types up to about mid 63, if I recall correctly.

Also used for the motif bar on series 1

They are also used on later cars even up to the X300 i think.

Not all S1, but the 3.8 had a couple of large cotton reel mounts like those for the Moss gearbox. It seemed like a good solid mount to me but I guess they eventually succumbed to oil leaks and became spongy. Perhaps that’s why Jaguar changed to the spring contraption used on later cars.

The stud size on the mount shown would have helped identify it better.

Dick, the corse thread end with the integral nut is for the aluminium rear trans bracket.

Both ends appear to be coarse thread to me.

I think more information would help.
Try holding a tape measure along side it. Or provide the threaded size/length/width.
Pics can be very deceiving with no scale to go against. 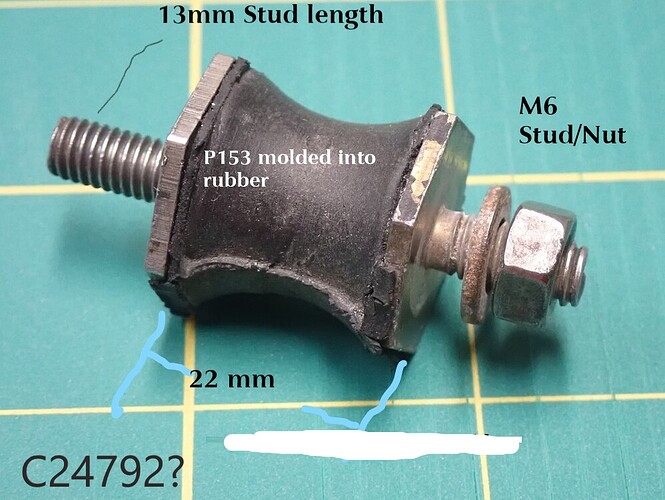 It would be helpful if you’d post info on your car and a name.

They also support the dryer for the A/C on later cars possibly even the power steering reservoir.