So having made the decision to have the engine rebuilt this winter I’ve thrown myself into the engine bay restoration.

The inner (removable) wings are currently finished in what I would describe as a black hammerite type finish. Are there any suggestions on a suitable coating - whilst also assuming that black (and not body colour) is correct?

Yes, we believe black under the bonnet and in the boot is correct for all cars painted in nitro-cellulose on non-rotating trolleys at the Foleshill factory up to mid 1952.

The body numbers for the transition to synthetic enamel lacquer are given in Service Bulletin 114 dated Dec '52, at which time the metallics were discontinued.
We believe that the move to Brown’s Lane and all-body-color on rotating paint trolleys occurred about the same time.

I did mine in Rustoleum primer and gloss black enamel. 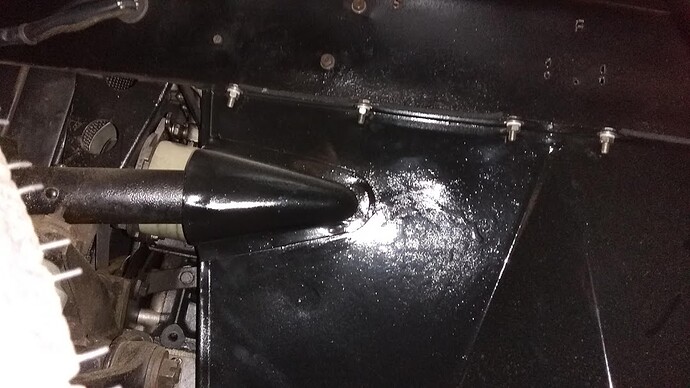 The car was originally black but my dad decided to change the colour to old english white when having the body restored back in '93. This didn’t include the engine bay/bulkhead though so they’re still black. 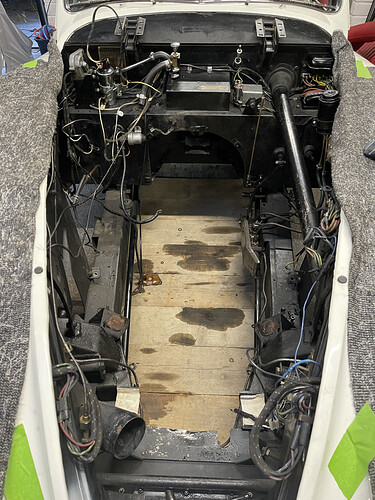 While the underside of the bonnet and the engine bay were painted body colour after 1952 the fender valences and diaphragms were still painted semigloss black. I shot mine with a double coat of epoxy primer, followed by 3M paintable body schutz and single stage urethane. 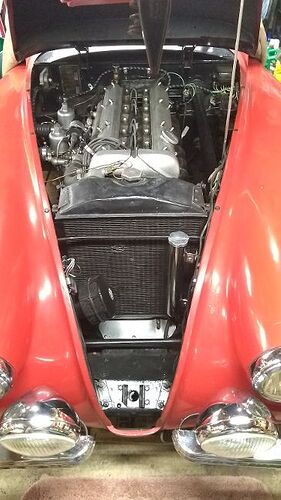 Agreeing with Nick, with late cars after about Sept or Oct '52 the main body including firewall is all body color, but separate loose pieces like lower valences and brackets are gloss black.

My May 1953 DHC was originally painted “Pastel Green” (NOT the earlier 1952 "Metallic Pastel Green)…
The ENTIRE Body of the DHC is Pastel Green!! Inside AND Outside!! Including the Engine Bay, Inner wings (both sides), etc. The under bonnet/engine bay was never painted “black”!
Charles Ch#677556

I think the only parts painted black by '53 were the removal underbonnet panels in the engine bay - the side panels that hang off the wings, the vanes either side of the grille etc. Nigel’s car should be body colour under there.

My May 1953 DHC was originally painted “Pastel Green” (NOT the earlier 1952 "Metallic Pastel Green)…
The ENTIRE Body of the DHC is Pastel Green!! Inside AND Outside!! Including the Engine Bay, Inner wings (both sides), etc. The under bonnet/engine bay was never painted “black”!

Ditto mine, though it’s now a “darker” shade of green, ie BRG. But, as Roger says, the bolt-on pieces were (and their replacements now are) black, though I’d thought semi-gloss as opposed to gloss black as reported by Rob.

But, the engine bays and bonnet undersides of 1952 and earlier XK120s were definitely painted black.

I found gloss black in places where it had been protected from weathering, such as under the voltage regulator. It was not a good quality paint, and certainly never had any wax, so where it was exposed to weather and heat and dust it soon turned to the appearance of semi-gloss.

though I’d thought semi-gloss as opposed to gloss black as reported by Rob.

I suspect all these parts were British motor industry generic chassis black, which is a kind of gloss-cum semi-gloss. It certainly wasn’t applied with any real care. The original LHD engine bay panels on my car had it coming off in flakes, with no primer at all on the bare metal. There was little rust, and no key for the black, so I’m pretty sure that was the original finish.

coming off in flakes, with no primer at all on the bare metal

Yep, exactly what I found in the more exposed places.

On Aluminum XK120’s the paint was a black bituminous paint brushed on over a red/brown primer.
if you split petrol on it it washed off.

Or petrol blew up on it from a backfire in the starting carb.
This is a new car in the showroom. 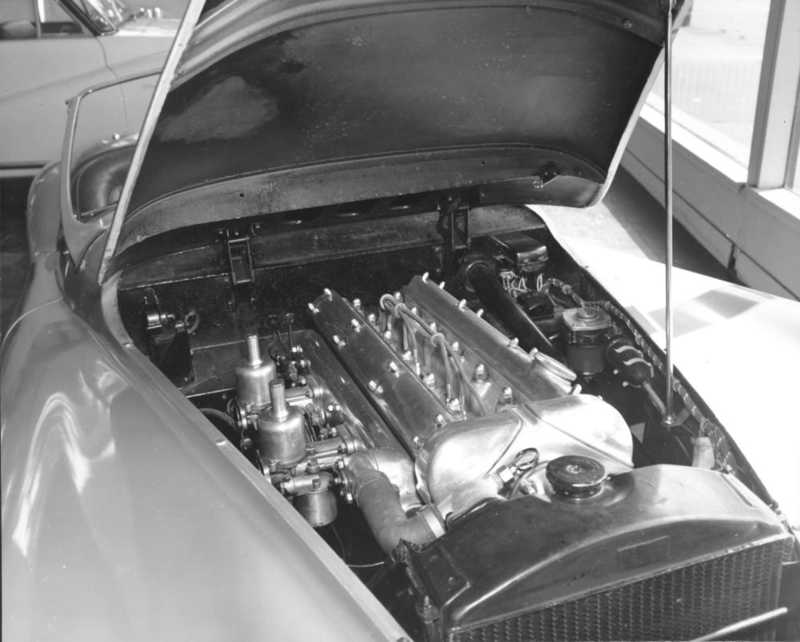