Inspection side panel on Gearbox Cover of later Jaguar XK 120

Another Jaguar XK “riddle” to be solved (unless somebody did already solve it…).

Gearbox Cover BD.4078 received towards “the end of production” (no idea when it was introduced) a (second) removable inspection panel at the lower RH side giving access to the Propshaft Universal Joint and the Speedo cable connection on the gearbox. My 1954 XK 120 OTS #675893 was missing this panel, and the panel isn’t manufactured by the “usual suppliers”.

There is no reference in any of the Spare Parts catalogs (that I’ve seen) and the (short lived) panel’s part number is unknown. Does anybody know the Jaguar part number for this Gearbox Cover Side Panel?

Urs Schmidt refers to and shows the Panel on page 228 of Volume 1, stating that this “later version” was manufactured from 1952. Viart also refers to this removable panel on “later XK 120s”.
If possible, can members confirm presence and built year/month of these Panels on their Gearbox Cover? For me there is a large discrepancy between “1952” and “later XK 120’s”…

This Panel has been earlier mentioned on this Forum by Gary Linstrom on his car # 675866. and Nick on his 1953 XK 120 OTS. I found two additional pictures of this Panel (see below). 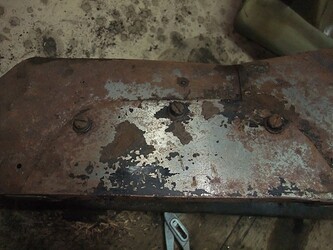 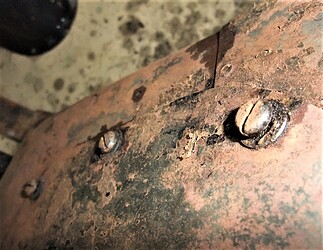 I had to make one myself, which is not too difficult and all dimensions can be derived from the opening in the Gearbox Cover. I’ve attached some pics with the dimensions, in case someone has to make one too. The panel is held by 3 slotted pan-head setscrew ¼“ UNF x ½” with lock washer. There are 3 “cage nuts” welded to the inside of the Gearbox Cover. Note that the angled section is not exactly 90 degrees but has a somewhat larger angle. 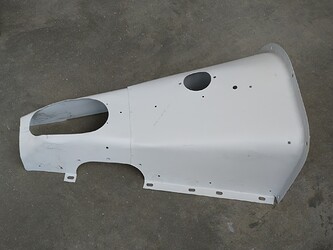 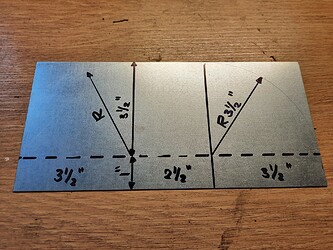 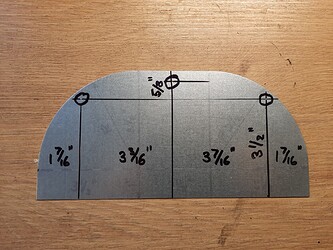 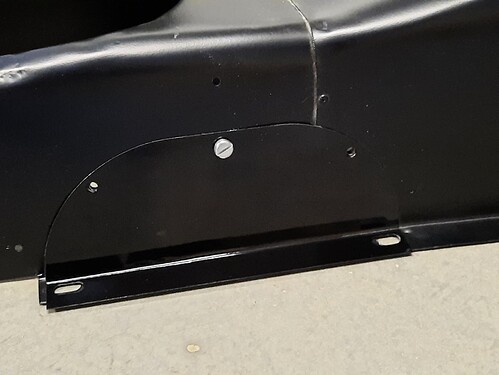 So “later” means at least May 1953 and possibly earlier. And Urs Schmid might have been correct with an introduction date in 1952 but no proof yet. The Jaguar part number remains as yet a “mystery”.

Found the introduction date and Urs was right: Service Bulletin No 115 of December 1952 So introduced in (or just before) December 1952.

I would see it not having a separate part number but just being the original Gearbox Cover BD.4078 the part with the removable inspection cover being an exact replacement for original part.

By it’s position, I would judge this part came into being together with or just after the introduction of the JL and OSL gearboxes, which had the front U-joint above the cross member where it could not be reached for greasing from underneath, beginning with these chassis numbers.