I have rebuilt my carbs for my 63 Mk 10 some years back using the SU HD8 Type carburetter kit that can be purchased at SNG or Moss for example and had scanned the instructions but I found out that I used the wrong setting for the scanner and part of the instructions are missing. I could not find the instructions online - if someone has a link or can send the file to me I’d appreciate it. I am having issues with starting and achieving stable idle after the car had sat for a while with ethanol based gas and before forking $$s for rebuild kits, I wanted to review the instructions to review the tuning instructions.
Thank you!

I don’t have a link for you but initial starting settings for mk10 HD8’s per the FSM are:

These settings are fresh in my mind because I just started a '66 MK10 that’s been sitting for years. Carbs were newly rebuilt and the car started litterally instantly.

I can’t imagine any of your settings have changed since it sat unless some work was done. Also it doesn’t take much time for ethanol laced gas to go bad unless some sort of fuel stabilizer was used. Your problem could be as simple as stale fuel.

I had put Stabil before I parked the car and also added some fresh treated gas recently. It could be stale gas causing crud formation in the jets… I took the air intake off the carburetors and when I tested the free fall of the carb pistons (with the dampeners removed), only one of the three carburetors falls with a nice metallic thunk. The other two drag which means that needles are not centered (which I know they were when I rebuilt the carbies) or junk formed in the walls of the jet from stale gas. I do not think I can center the jets with the carbs installed in the car, can I?

HI, What needles did the carb kit supply. With 10% ethanol gas the standard UM needle is just too lean.
If they are indeed UM ask for UE needles.

I did not replace needles. Re-used the ones that came with the car.

. I do not think I can center the jets with the carbs installed in the car, can I?

Unfortunately no. Gotta pull off the passage to the float chambers.

I am having issues with starting

Does the starting carb solenoid work? You can check by turning on the ignition and then pulling off the otter switch wire and touching it to the manifold to ground it. It should click. Also is there fuel in the starting carb? Sometimes rust and crap close up the tiny passage from the front carb to the starting carb and in that case, if it’s working, all you’ll get is a vacuum leak sucking in plain air through the starting carb when it opens which ain’t great for cold starting.

Check for fuel in the starting carb by removing the umbrella over it (if you have one) and then taking out the 2 screws that hold in the needle assembly and removing it (don’t lose the spring). You can look down into it and confirm it has fuel in it or poke a thin piece of wire all the way down to the bottom and make sure it comes out wet with fuel. If not the ‘dogbone’ connection to the front carb may be clogged.

Mike is right, and I too have rebuilt many an SU and the Hitachi’s on the Japanese cars. Pretty much one of the simplest, straightforward designs anyone has ever come up with. Not that many moving parts, easy to adjust with either a UniSyn or a piece of heater hose to listen to the rush of air out the intake. Match 'em up and you are on your way. Easy idle set too.

Thanks guys. So, yes, the auxiliary carburetor works - only with it on it barely idles hot or cold. I have a switch where I turn it on at will from the dash. I will be taking the carburetors off this week and disassembling them to see if I see anything and go through the jet centering process.

So, yes, the auxiliary carburetor works -

But does it have fuel in it? If it barely idles with it on As you describe it may still have the clogged fuel passage problem I described above, which is pretty common with carbs that sit. The passage is quite small in diameter. If it just energizes and opens it’s basically just a solenoid operated vaccum leak.

But does it have fuel in it? If it barely idles with it on As you describe it may still have the clogged fuel passage problem I described above, which is pretty common with carbs that sit. The passage is quite small in diameter. If it just energizes and opens it’s basically just a solenoid operated vaccum leak.

Yes it does. The plan is to remove the carbs and re-do them - the metering jet sticks badly on the middle carburetor, somewhat on the rear carburetor - the front carburetor is fine.

Theory.
The carburetters have some sediment in them that blocks flow to the ASC. When on, it doesn’t get fuel and only adds air, making the mixture very lean.

Dismantle and clean, I think that should do it.

As far as E10 goes I haven’t used mine in a month and so it took unusually long to fire up - maybe 3 seconds. I always use E10 and have not had trouble yet, unless the shrinking of 50 year old cork seals in the fuel pumps is related. I made two gaskets and done. Should have done it in the first place and I know I should have because I‘ve seen it before, on a car that does not get E5, and it was a modern pump that lasted a few years only. It’s not ethanol related.
My carbs are completely original, just cleaned and UB needles, not rebuilt at all. Still in good condition.

Check your fuel filter as well! If you have paper, replace it frequently no matter how it looks and if is an original bundt cake lookalike or a screen, wash out and reuse with new gasket. The originals allow you to see the sediment, the new paper ones are garbage. They work to a degree but dirt collects on the inside as they are actually made for a different application.

Thanks David. Removed the carburetors and I am in the process of cleaning/rebuilding. A lot of greenish crud in the jet and needle. Will be ordering the kits from SNGBarratt. I will drain old gas and put non-ethanol blended gas from now on - we got a few places here in town offering non-ethanol gas for a buck more a gallon. I will drive the car at least 1 - 2 times a month instead of letting it sit in the shop. 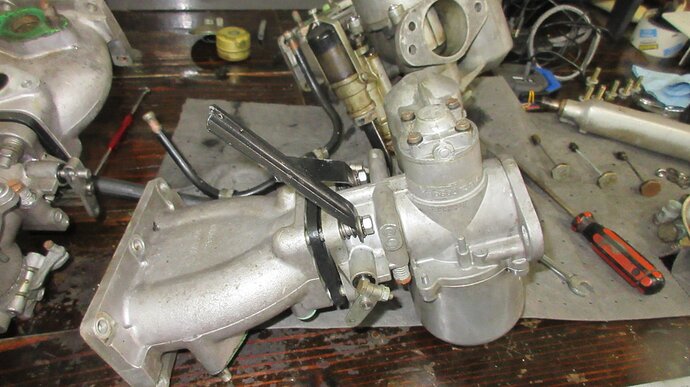 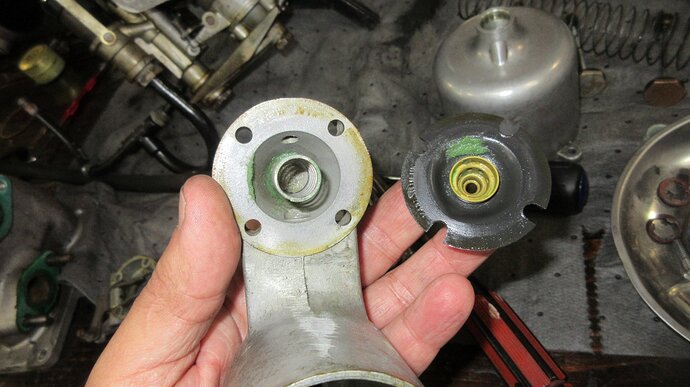 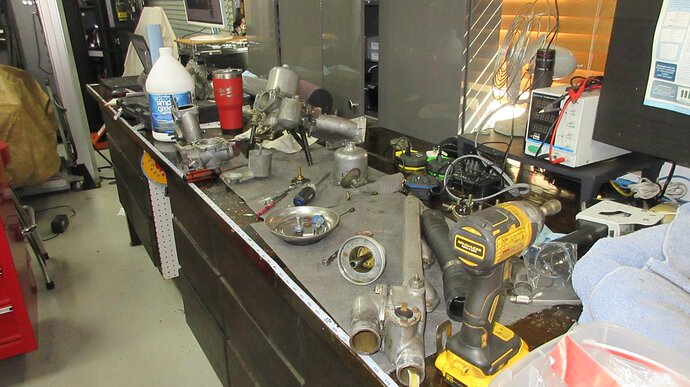 The diaphragms seem to look good but make sure they are supple. Mine were brittle and cracked I assume from the ethanol.

I got carburetor rebuild kits from Joe Curto in New York. He recommended that I use UE needles (instead of UM) which are richer and so I did. As always I had a hard time tuning the carburetors but I finally got it and now the car runs absolutely fantastic. My lesson is ethanol free gas from now on and more driving this car instead of letting it sit in the shop.