Apologies for not starting with an intro and jumping into the wiring harness posts.

Jaguar no. 2 following my pleasurable experience with my first Jaguar, a 1987 XJ6. Stark contrast from a well kept, if un-driven, car to one that has led a hard life. 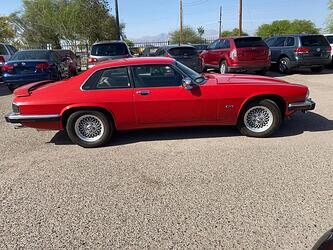 It’s turned out to be a bit of a project. 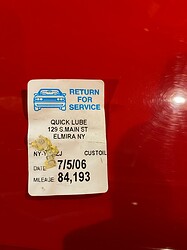 Upon receiving it I drove it for a short distance then it started to go into limp mode. Pulled it off the road, FF44, if I remember correctly. Also coolant was leaking out. Picked it up with my truck.

Start it up at home and found coolant was leaking from the header tank. 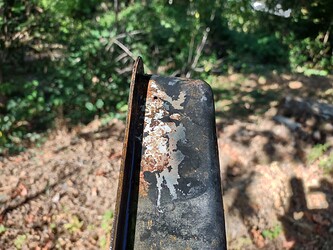 Ordered a new header tank which took a couple months to receive.

While waiting for the tank to arrive attempted starting it a couple times, but now it wouldn’t start.

Got the new coolant tank and moved the car into the garage (unfortunately breaking one of the fog lights unloading it off the trailer). 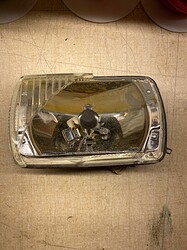 No start was traced to bad fuel pump. Replace the pump (actually not too bad to replace with the tank in situ) and the fuel filter. Gas tank was surprisingly clean but the gas smelled pretty bad (about 12 gallons of bad gas to get rid of now).

Got it running again and found a leak from the hose to the water pump. Plus the front shocks were quite clunky.

Replace the fan, belts, front coolant hoses, air filters, some general cleaning up at the front of the engine, and the shocks.

All put back together and took it out for a drive. Started getting FF34 check engine code after driving at high speed and then idling. It would start idling a little rough after the check engine light came on

Replaced the distributor cap and rotor. No change.

Checked the efi harness with noid light. Very faint light, but there.

Check the fuel injectors for clicking with the battery found one bad fuel Injector (1A). This leads to the wiring harness replacement in another thread (very brittle).

Also replaced the front shocks and transmission mount bushing. Transmission mount was bit of a pain since the exhaust has been replaced at some point and doesn’t have the connectors to loosen up and allow access to the bolts a little easier. So I couldn’t drop the transmission pan replace the gasket and change the filter.

Suspension sounds a lot better but still getting a slight funk when I go over kind of unevenly spaced bumps wear one wheel is hitting before the other wheel.

Lastly, drivers side exterior door handle wasn’t working. This may have been the most frustrating thing to try to get that linkage back up through the hole the handle and then get up push lock washer on it. I got it but still catches slightly. 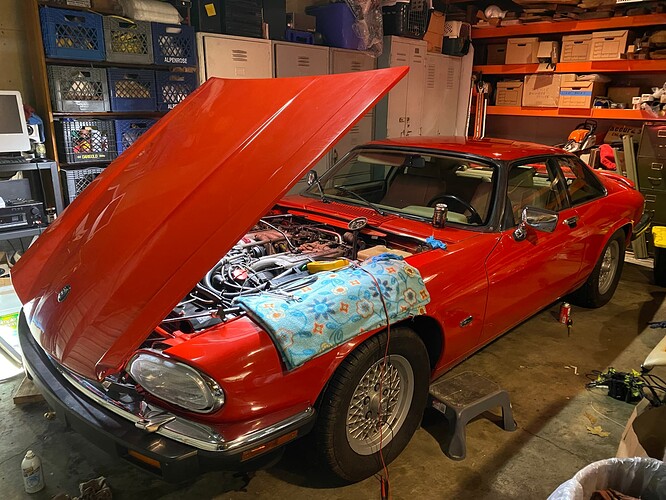 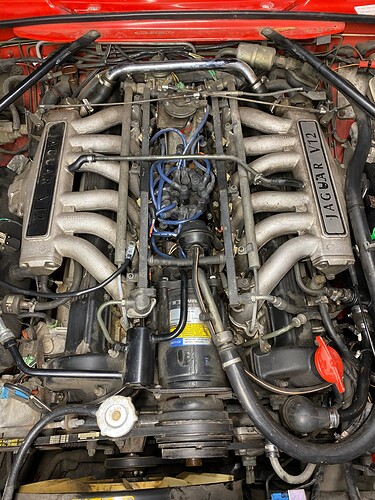 Looks like a nice Jag. A well-sorted-out XJS is a real sweetheart to drive. Worth the effort.

Probably arb or top wishbone bushes you’re hearing, get it up and inspect. That’s if it’s coming from the front. If it’s from the rear then radius arm bushes.