Is it possible for an XK150 to have a G-series motor from the factory?

Hello, new to the community. We have recently acquired, what we were told is 60’ xk150 but after further inspection we found that the motor number that is on the plaque and the number on the head Match and from the research we have done the g series motor which is what it says is from the xk140. But on the same plaque the body number is correct to what the car is, a LHD DHC. Is this possible or did someone remake a plaque and try to trick people into thinking this is a numbers matching car?

Hi John, welcome to the forums. I have move your post to the correct one as the X150 is for a lot later car.
Some one will be along that can help you with your question.

Is this possible or did someone remake a plaque

It is certainly possible to create a new ID plaque. They are readily available and frequently used in restorations. But as Terry stated, more data on your car will help determine the rest of your question.

John
Your car was built Dec 1958.
Your car 837865 was the first DHC to have the ash tray mounted on the transmission tunnel.
Your engine should be in the V- 58xx series to match other cars of the same month.
I’m sure Terry will get back to you with more info.

original engine was a V series engine ie XK150 motor and in sequence with other cars with simliar chassis numbers.
motorcar was pearl grey black interior black hood
possibly late november but certainly despatched in December 1958
Next stage is to get photo of ID plate and number stamped onto head and block
terry

So I have a picture of the commission plate and the number on the head we haven’t yet been able to get to the number on the block. what would be a reason to take out the v series motor and put in a g series and make a fake commision plate 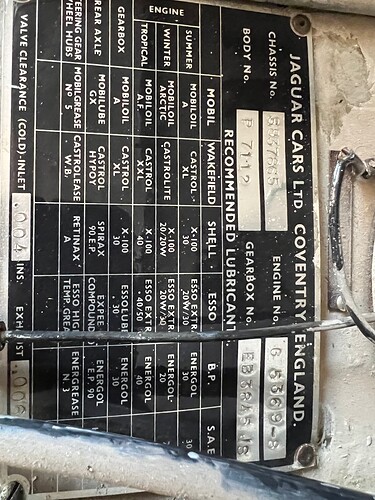 here is the picture of the number on the head 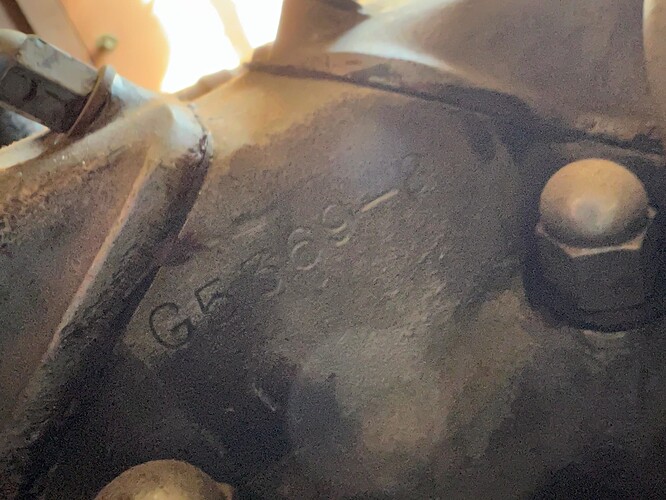 Your engine G5369-8 possibly dates from about September 1955.
Your EB 3845 JS gearbox is possibly from an E-Type made about March 1962.
They may have been changed many decades ago when such things were common.

There are two possible reasons I can think of for someone making a revised data plate.

Its worthwhile to have a look at the block just above the oil filter and read that number. It could be that only the head has been replaced by a XK 140 version and your block still has the original V number.

The lay-out of the plate seems correct for your 1958 XK 150, assuming it’s made of aluminium and not (nickel plated) brass…

Mystery solved ID plate is a re-stamp ie made up to include bits used ie 140 head, E type gearbox. It would be handy to get number from block as suggested by bob my gues given the way plate stamped it will have G block as well.

Terry - Thank you for the information…This car was my late fathers car which has been in a cocoon for the last 40 years, not running since the early 80’s. It is a pearl grey car (appears to be - where would you located a color cone on the car?), with a black hood but has a grey interior. Where does your info come from? It is also titled as a 1960 (old title)…if it was built in 1958, would it have been sold as a 59?

Welcome Steve.
These cars did not have a color code stamped on them, but you can get the original color from a Heritage Certificate, which will also give the build date.
The title could be a later year, as dealers were sometimes careless about this, wanting to make the car appear to be new when it was really last years model.

Steve
Here is a print of the ash tray location. Its possible the number of change was the car after yours 837866 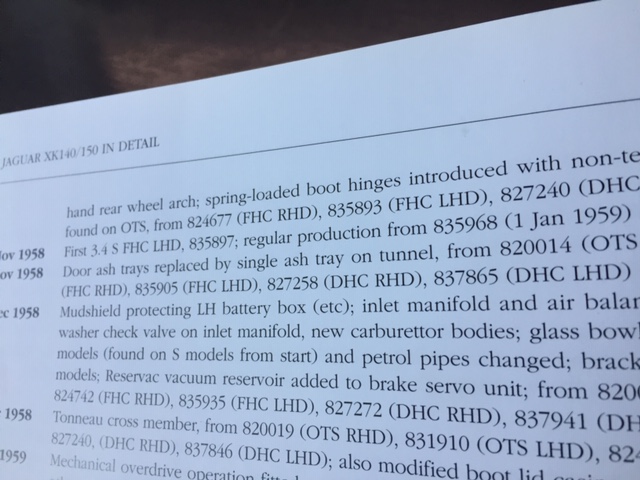 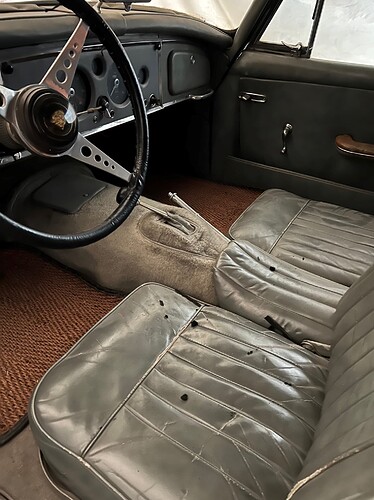