Is there anything special about this '88 XJ40 2.9l from New Zealand?

I’ve got the opportunity to purchase this XJ40 that’s been sitting around for a few years. It’s off to the wreckers tomorrow unless I purchase it.

The car itself has been used for shows and things before. It’s tidy, especially the interior, rust spot on the rear and near the window which shouldn’t be too major. The current owner believes it’s a special edition - possibly one of 19 to come into the country (this is what he’s been told by the previous owner. There’s a sign from a show inside saying it’s a special edition also). Checking the VIN it doesn’t look like the special edition. The only difference I can see is that is has a green badge below the gear stick.

Carjam says there are 17 registered in NZ. I wonder if that’s what he means by special? A low amount came to NZ originally and this is an original NZ New? But if that’s the case, my 1987 XJ40 would be super special as carjam only says 3 are registered!

Any ideas if there’s anything special about this car? Sorry for lack of pictures, as a new user I can only attach one. More pictures here… 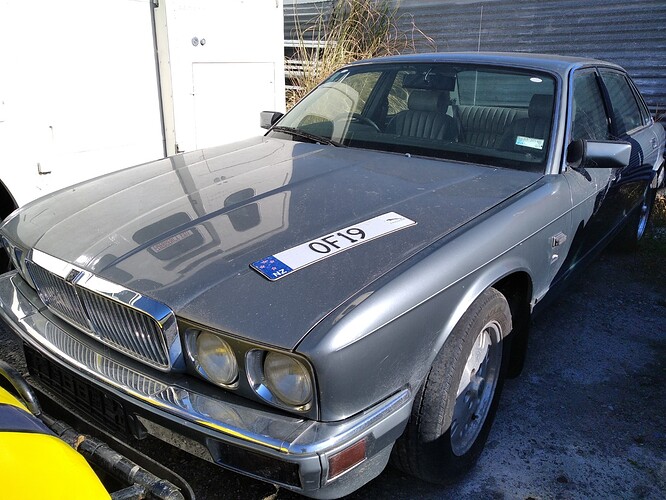 This would have been sold by Archibald and Shorters, David Shorter may be able to identify if there is anything special about it.
Looks like it could be worth it, the arm rest has some damage but that could be easily recovered.
The wheels are probably metric so difficult (read impossible) to get tyres now.
Any A/c?
As you say there are not many of that vintage left. My 2.9 went to about 300,000ks before the body rot became too much. Even at that high k’s the engine bores still showed the cross hatch.

Haha I know about those metric wheels from my '87. Rodney’s Wreckers quoted $2k for second hand imperial rims with tyres that wouldn’t pass a WOF! Think I’ll just hunt around Trademe until something pops up.

Not sure about A/C, I’ll check that out tonight.

Thanks for the info regarding Archibald and Shorters. I might try get in touch with David.

Appreciate your reply, thanks Robin. Also just curious, did your '87 heat up a bit in summers here in NZ? Mine will often get to 95 degrees (one bar above half way) around town…I’ve rewired the fan to a switch on the dash to help in the meantime but it’s still not as good as I’d hoped.

other than that it was fairly cool headed. You could also try Jeremy at Jaguar Workshop for wheels.
Look at our club web site as well.
Jaguardriversclub.co.nz

Good on ya, thanks mate! I’ll look into those two.

Can’t see a really good shot of the wheels but they look like what Jaguar called Aero Diamond Turned. Unless they made these in different sizes they were 16" Came in diamond turned or silver coated. On a 1988 model year (at least in the USA) these wheels were not standard for that year which had 15" as in this photo which were used from 1988 to at least 1991 with full caps or caps (VDP) or with exposed lug nuts. (XJ6 and Sovereign) 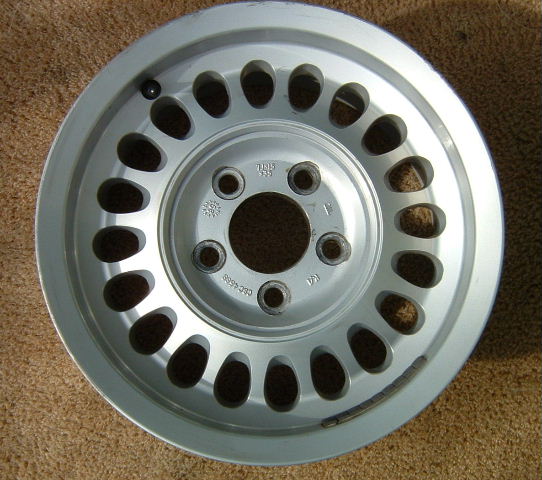 That’s good to know thanks John. Sounds like they’re not metric then (thank god). I’ll take another look tonight.

Pretty sure that isn’t a diamond-turned Aero rim? I have them and they don’t look like that!
This is an Aero diamond turned 16" wheel. 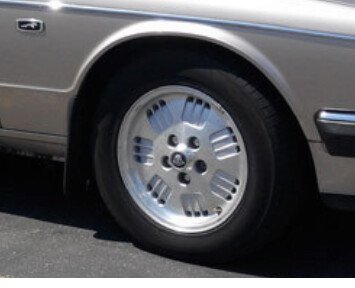 I believe those are tear drop and were metrics certainly on my ‘88
Maybe they are these; 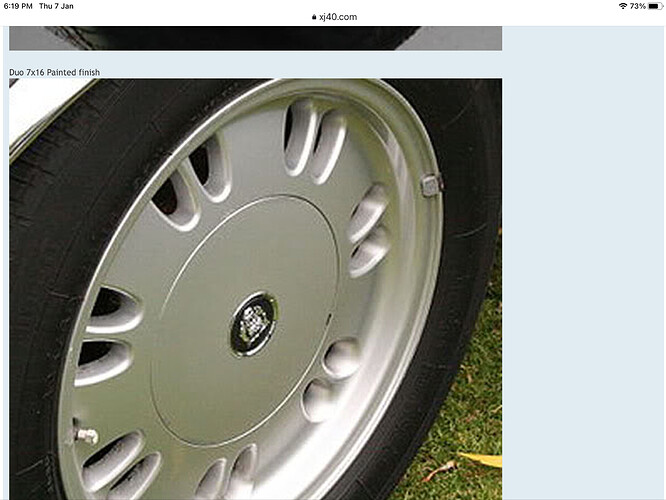 From my factory wheel brochure from May 1995 these appear to be called Kiwi Diamond Turned 16" Also available in Silver Coated (part numbers MMD 6113BA and CCC 5971 respectively. Should have been popular in New Zealand, right?

With that name sure, but haven’t seen many around lately.

Jacob, welcome to the forum. Those wheels are 16" Kiwis with exposed lug nuts. The 2.9L engine is the worst and the most troublesome and under powered in the XJ40 lineup. Do some research before you decide to buy it. I believe the head gasket blows quite often.

Under powered, yes, unreliable? Not the one I had, maybe it was a Wednesday car.

Thanks guys. Looks like it is the 16" Kiwis. I think I’m gonna go for it - I’ll be getting this one and a similar model Daimler which will serve as parts for my current one and the other one being purchased. $2500 for both so not a hugely horrible deal. Just hoping there’s not too much else wrong with it! I’ve got a 2.9 as my daily so I know a bit about them already.