There is a thick steel plate with tapped holes in it. I can’t remember if it is captive or just held up when you screw the keeper in place.

There are rubber anti-rattle blocks for the second question.

@Peter_Scott Thanks a lot for the photo and info! Clear.

The tapped backing plates are held loosely in a simple housing behind the pillar so that it won’t disappear into the nether regions when you remove the striker. It has a ‘floating’ clearance to enable adjustment to suit the door closure.

It is a simple design and can be home-made from standard sized stock steel. I’ll dig one out and attach a photo with dimensions. The holes are 2BA for chromed raised head countersunk screws.

@Peter_Lloyd Thanks Peter!
Photos will be very much appreciated.

It is a simple design and can be home-made from standard sized stock steel. I’ll dig one out and attach a photo with dimensions. The holes are 2BA for chromed raised head countersunk screws.

Exactly, and thanks to the fact that the same ”dove tail” and same 2BA chromed screws were used on MKV DHC’s and innumerous XK’s for over a decade the parts are available. All the ”locking plates” are simple straight steel, you just need to cut to size, drill the holes and tap them to the correct thread.

The door catch hold on the DHC is held onto the wooden frame by a countersunk screw, but the catch / locking plates in the steel body are held in ”boxes” so the allow some adjustment just like already described by Peter.

@ptelivuo Thanks a lot Pekka!
It seems simple, but it would be good to see it. Some photos would be very helpful.
Cheers!

Sorry, not the same, but similar backing plates. The first four are factory originals as found inside my MKV DHC trunk lid: 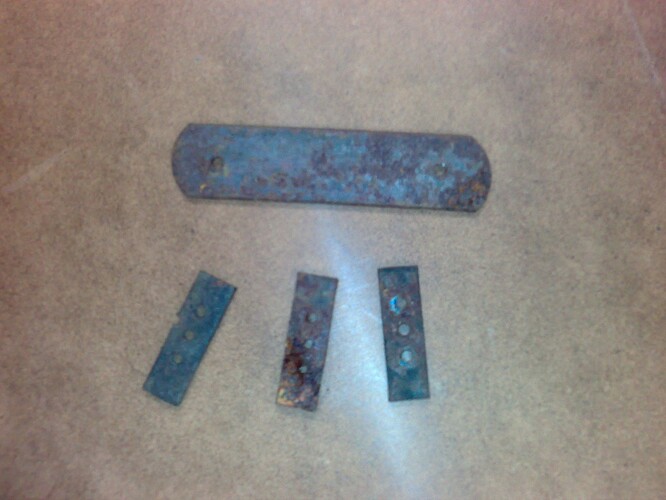 The large one is for a luggage strap and the three small ones are for the trunk lid tool tray cover hinges (3 pcs) one clearly has half a hole, a drilling due to being very close to something else, I think the folding stay-up mechanism on the LH side.

The rest are backing plates I made for the DHC door check straps as they were completely missing on my car when bought, this was about seven years ago. The small ones are the backing plates for (5/16 BSF IIRC) setscrews for the door hinges that align with the window channel. this is MKV but I think the hinges and windows channel are the same as on a MK IV at the rear of the door. The front of the door is different on the MKV with the NDV (“Non Draft Ventilator” as named by the factory). 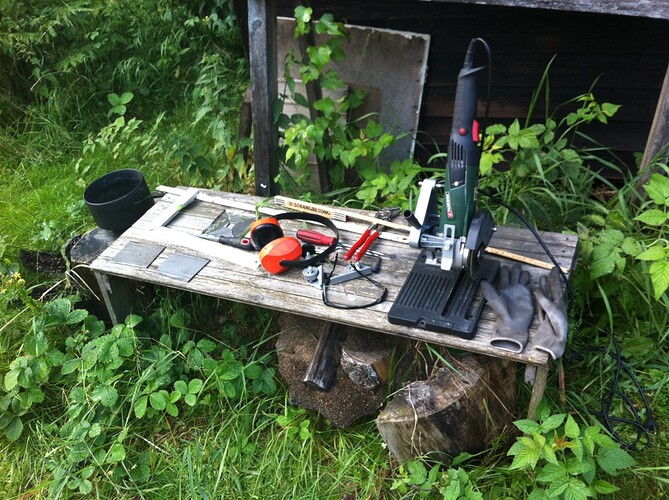 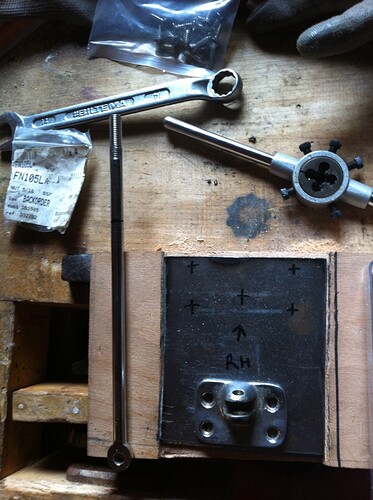 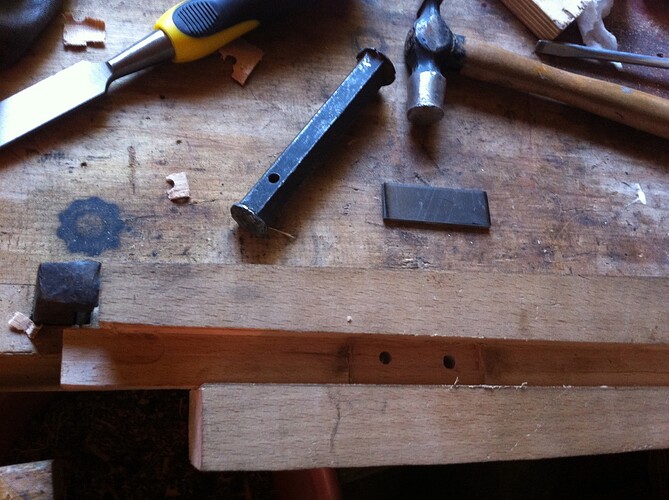 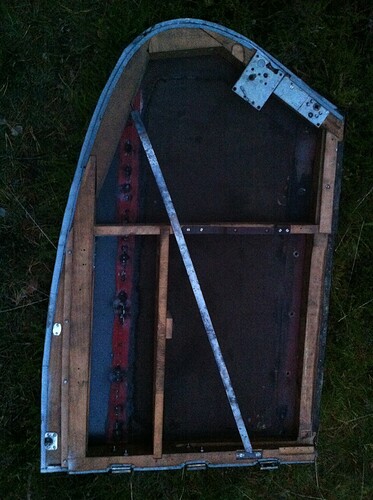 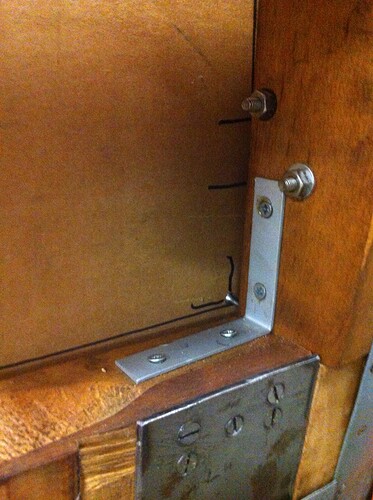 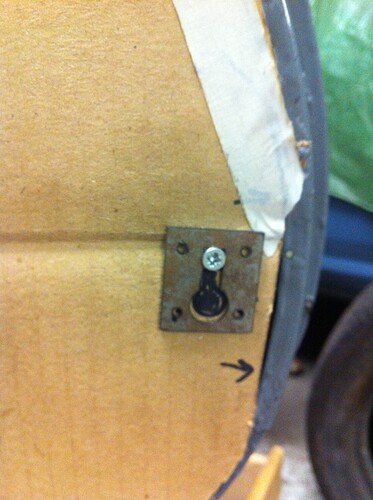 Ps. The last one is of new repro door trim panel catches I got form Ed Nantes, they were laser cut in Australia, and they are the same on SS Jaguar and MK IV DHC’s, they are “tacked” (attached with small “tack” nails to the plywood and the large holes lock with the round head screws on the wooden door frames so as originally, there will be no screws visible when everything is correctly mounted (the veneer covered door top capping hides the top part of the door trim panel screws),

Thanks a lot Pekka for all the photos and info.

Looks just like also in a MKV DHC, threads are 2.BA IIRC, and it resides in a slot / cavity in the scuttle.

We could come up with a way to archive all the bits and pieces by Jaguar part number that people like Rob have made nice drawings of. I have a couple too, nothing fancy, but CAD and PDF format.

A sticky message or something like that, with a list by category and part number and a link perhaps?

Yes, it would be a help to others following. I’m sure the same questions are asked several times over the years.

I have another question. The rear doors have the interior handles at a pleasing angle - about 10° down when locked and about 30° down when in the unlocked position. The front doors don’t match this and are both different. I assume they should all match. What is the (or is there a) difference in front locks and/or handles to bring them all into similar alignment? Also, are right front door locks available from anyone? (RH drive, locking)

Thanks Peter, I’m sure I have some wrong handles. I’ll add this to ‘the list’.
Peter 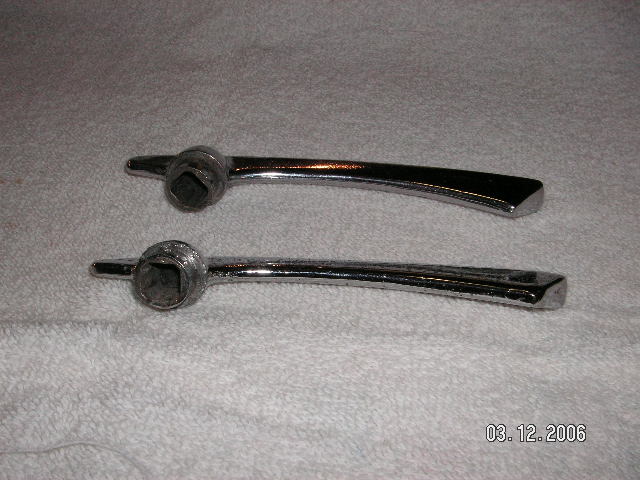 Yes, and MKV DHC although I am still a bit uncertain which angle it should be. IIRC the part number was BD.6.