I need to buy a rear shock absorber for my Mark IV DHC LHD 1948.
Be so kind and advise if it is the same as in a saloon.
Thank you in advance!

Yes, the same as in the saloon.

Thanks @Peter_Scott , that should make the purchase a lot easier.

It’s not as easy to find as I thought.
Do you know in which other car models the same shock absorber was installed (if I’m right it is a Gerling shock absorber)?
Can anyone offer such a shock absorber?

Many thanks for the correction and the link!

Graham Browne at Vintage and Classic Shock Absorber VCSA is currently assembling a correct set of Luvax shock absorbers and links for my SS100 from NOS parts that he has. I suspect that he could help with later lever shocks too. Dave

As far as I remember the black painted ones marked Girling PV7 came off a 3.5 litre Mk1V saloon. The uncleaned ones marked Delco I have no idea what they belong to. Perhaps someone can verify whether the PV7s are Mk1V & what the Delcos are off. 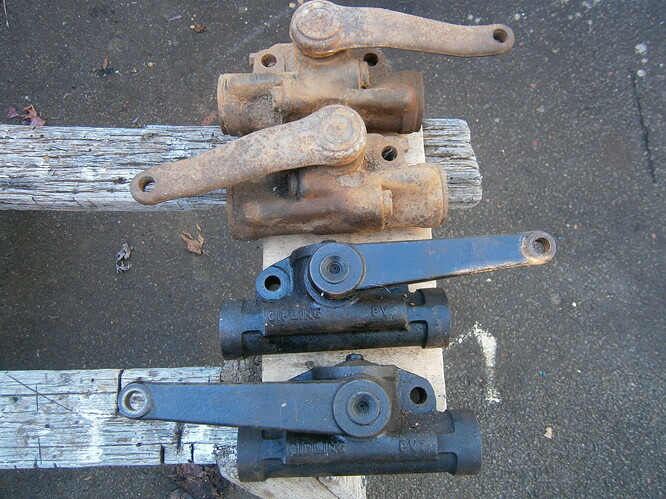 Hi @Biskit, thank you for the photo.
I will check tomorrow if Girling PC 7 is what I need,
If so, are you willing to sell one of them?

I will PM you.

Post-war Mark IV 2-1/2 and 3-1/2 used the same Luvax piston type rear shock but 1-1/2 used a different part number.
Mark V, Mark VII and XK120 also used Girling piston type rear shocks, all similar in appearance but with different part numbers from Mark IV.
XK120 had two pairs of numbers, early and late.
Mark VII had three pairs of numbers, early, late USA/home and late Europe/colonial.
The differences would most likely be the damping rates, but could also be the angles at which the arms are attached.

@Rob_Reilly
I have one Girling Type PR 7 (photo below) and I miss the second one (the body fell apart when trying to restore). 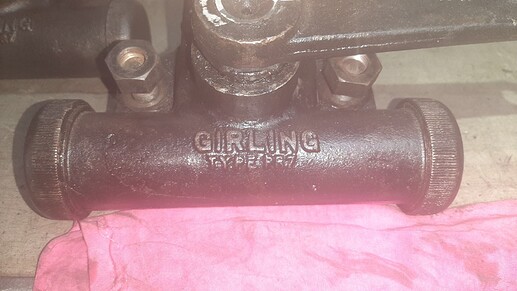 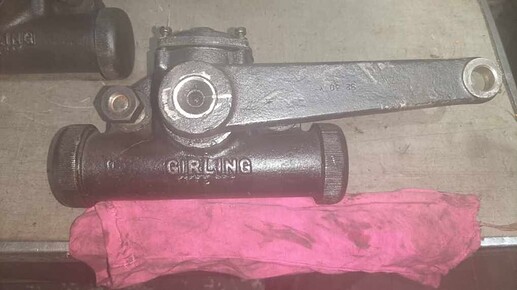