Over 20 years ago I installed an aftermarket underbonnet insulation to the 1967 Mark 2. It’s now falling apart, so I decided to purchase a new kit from SNG Barratt. In addition to the two large underbonnet sections, they also included other pieces which I’ll have to hold up under the open bonnet to see where they are supposed to be fitted. My questions are as follows:

I would say pebbled side out (that’s the way it was on my S before I took it apart). On the S there are only two trianglular bits of insulation. There are 2 metal strips which rivet to the bonnet and hold the edge of the insulation on the S, roughly 18-20" long x 1-1/4" wide. 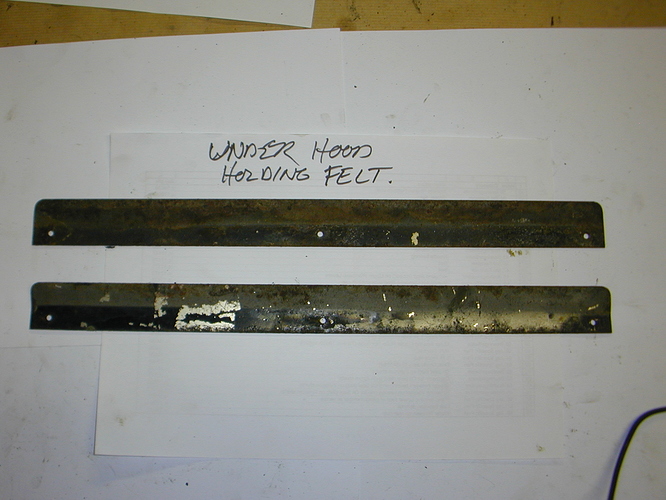 I can’t see why you would want to keep the heat under the bonnet , am I missing something ?

It stops the paint from getting heat crazed (big issue on the E type).

I can’t see why you would want to keep the heat under the bonnet , am I missing something ?

It stops the paint from getting heat crazed (big issue on the E type).

It’s not obvious from today’s perspective, but it wasn’t until the late '70s that the materials and adhesives that surround us today started to appear. In the '60s you could stick Bitumen to a horizontal surface like the floorpan and you knew it would stay put from gravity alone. If you’d suggested gluing anything with mass to the underside of the bonnet in the '60s they’d probably have presumed you were joking.

Thanks for the photo…

In that case , Andrew, since I purchased the glue from an auto paint supply specialist who assured me the 3M item can withstand the heat, I’ll pass on the two metal pieces along with the rivets which I’d prefer not to use lest they damage the hood. Thanks …

Although you seem set on installing soft panels for insulation, I wanted to show the masses an alternative which has worked perfectly for about five years so far. I have the anti heat, anti vibration and black Rustoleum paint for the final appearance touch. This is called Lizard Skin to whom I have no affiliation jus,t a satisfied customer. I am have not experienced ANY crazing of the paint and the sound proofing is nice. Please watch this video of us installing the side hood trim after this product was sprayed by the amazing Stan the GTO man. I also had the top of the hood sprayed in original BRG metallic which still looks fantastic. This can be used anywhere you can spray on a car and gets into the smallest crevice.

It looks great, probably close in texture to what the factory initially installed… I installed the ‘soft’ item from SNG Barratt today. Let’s see how it holds up. Thanks.

I installed the two underbonnet insulation panels over the weekend. Not only does it keep the paint on the hood cool, it also makes the engine sound much quieter. As an added bonus, it looks fabulous…I did not bother using the two metal panels or rivets…as you correctly pointed out, totally unnecessary with the quality of today’s heat resistant glue. We drove 200 miles round trip to a club event over the weekend in warm weather. Insulation is holding up just fine.

MRCHB,
How about a few photos of the installed bonnet insulation?
Thanks,
Lin 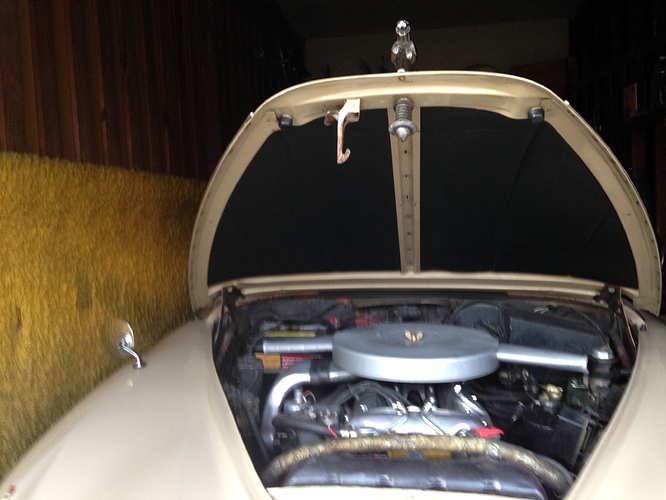 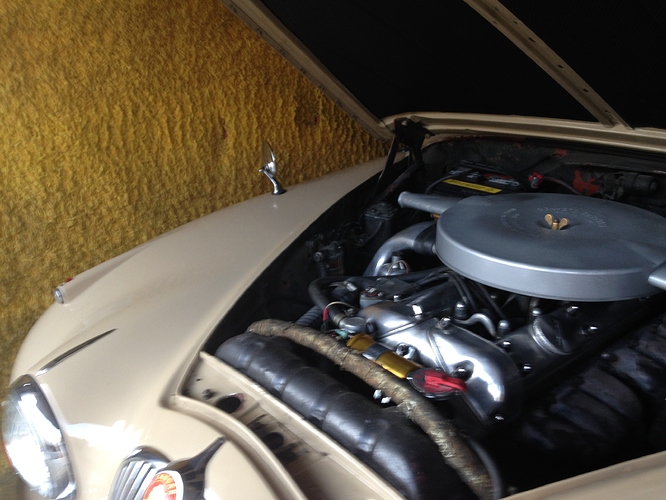 per your request… I’m very pleased with the result. An added bonus to the installation is the bonnet is now held tightly to its mooring, so going over a bump does not elicit an annoying squeak. hope you like the photos…

totally unnecessary with the quality of today’s heat resistant glue.

The space race gave us a lot more than Tang and Velcro.

This is how they looked from new , well not black guess it was white once , no rust under there so decided to keep it as it is , surface is not smooth , its textured 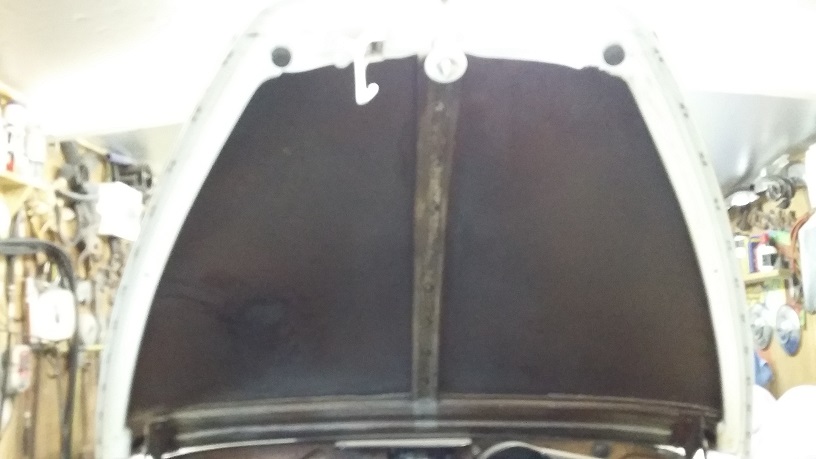 This is the first time I’ve seen a factory item still intact. You did well to keep it as is.

and that’s a good thing…