Originally published at: Jaguar’s 2025 relaunch: What we know so far – Jag-lovers 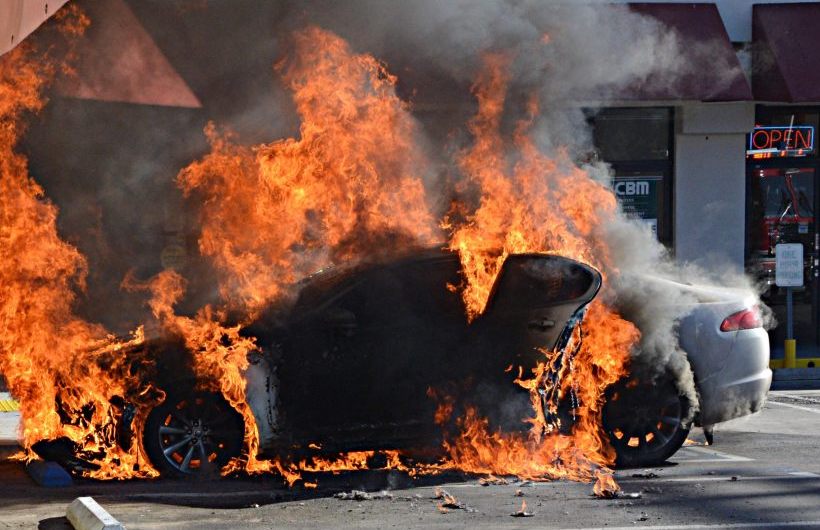 It’s all about the SUVs, baby. Read on for the gory details.

Jaguar is busy telling the motoring world that it’s reinventing itself for 2025. As you may recall, they stated in 2021 that there will be no new Jaguar models until 2025, when Jaguar will go fully electric.

The new cars will be built on an all-new platform called Panthera, being developed in-house by Jaguar.

Going all-in on EVs is one thing. Telling all your prospective customers that they’d be better off shopping elsewhere for the next four years is another. We can only hope and assume that Jaguar management knows what they’re doing, although it’s difficult to see from where we’re sitting.

Relaunching the brand with three new SUVs, when their new motto is “a copy of nothing,” doesn’t induce the greatest confidence. Let’s face it, it’s quite hard to be more generic than that. Then again, these are the same people who thought it was a great idea to commemorate the Le Mans-winning XJR-9 with an SUV with a fancy paint job. Hint: It really wasn’t.

To top it off, the genius bean counters in Jaguar’s leadership have determined that the way forward is to move into the decidedly upmarket territory currently occupied by the likes of Bentley. It makes sense, in a spreadsheet kind of way. Jaguar has never been able to achieve volume, no matter how hard they’ve tried. The alternative is to increase margins, by a lot, so they can make more money per car sold. Great.

Let’s perform a little thought experiment to illustrate the problem that immediately springs to mind. Let’s say you had Bentley money, and Jaguar had just launched a gorgeous new SUV (we know, but bear with us). Would you forego the Bentley for a Jag costing the same? You’ve got $300,000 burning a hole in your pocket. Bentley or Jaguar SUV, which will it be?

It takes time to build a luxury brand. You can’t just wave a magic wand and make it so. Especially when waving the wand simply means calling your friends in the automotive press and telling them you have this brilliant new strategy, and would they please write about it? (And no, they didn’t call us. Apparently, we’re not in the target demo.)

We really want Jaguar to succeed, believe it or not. And we do realize that SUVs are despairingly popular, especially in that moneyed target demographic. The only way we can see them pulling this off is if the cars are absolutely, mind-blowingly, money-is-no-object’y gorgeous. The exact opposite of everything the F-Pace represents and even then fails to deliver.

If they can pull that off, if they can create a $300,000 car that fully grown men and women shed tears over on first sight, then maybe. Judging by everything Jaguar has put out since the launch of the F-Type, we’re not exactly holding our breath.

One more thing: JLR CEO Thierry Bolloré has said that the new cars will be “really modern luxury cars that are the copy of nothing in style or design, the top of technology and refinement, but not looking backwards.”

“Not looking backwards.” Brace yourself.

It has been a strange ride, from the Ford years of total underfunding to the Viagra-fuelled start of the Tata period with new models, even limited special models, and a real sense of enthusiasm. And now on to the rudderless limp existence of a brand so far from its historical direction that it’s hard to fathom why they don’t just change the name as well.

from the Ford years of total underfunding

IMO, instead of shopping for car companies in what could be called the automotive critical care unit, featuring once storied automotive marques that were near death, Ford should have kept the money and invested it at home.

According to this article Jaguar turned out to be a money pit for Ford.

But when you dig even deeper, the numbers look even worse – a lot worse. By our calculations, Jag and LR added up to one of the costliest chapters in Ford Motor Co.’s long history, having very likely drained away between $35 billion and $50 billion based on the best estimates gleaned from the carmaker’s financial records.

Ford hasn’t always broken out Jaguar’s losses. However, the red ink needs be added to the ongoing capital investment in the English luxury marquee. Using even conservative industry estimates, Ford has been pumping an average $1 billion to $1.5 billion annually into Jaguar, over the last 18 years. The return? Nil.

That’s money Ford threw at J/LR to modernize their production facilities and fund the differences between J/LR’s costs and revenues. Money that, in hindsight, could have been much better utilized to fund product improvements in their Ford, Mercury and Lincoln lines.

Just How Much DID Ford Lose on Jaguar and Land Rover?

And you thought the sale of Bear Stearns was a bargain? Some Friday-morning quarterbacking shows that Indian automaker Tata Motors clearly landed one of the automotive deals of the century in its acquisition of British marques Jaguar and Land Rover,...

Ok, Tata did add the Viagra and bring out the limited SVO versions of the XE and XJ, but since then there’s been very little new development apparent.

Am I missing anything?

So you think you know better, and you don’t like SUVs, and you think the market wants ICE limousines and sports cars in a middle price segment?
One expensive SUV platform means downsizing and cutting losses.
Everyone is building large electric cars now. Mercedes killed the A class and is concentrating on the luxury sector. Small or fun cars don’t seem to sell like they used to.
I’m sure they would want to build prettier cars but they need to sell them and make money.

And now on to the rudderless limp existence of a brand so far from its historical direction that it’s hard to fathom why they don’t just change the name as well.

Well put: at this point in time, I don’t really think there is saving the “Jaguar” brand.

I pointed out a fairly new Jaguar “something-or-other” to The Boss the other day. Her response, “It looks like everything else on the road today”. And indeed it does.

Sticking a “Growler” here and there on a car, along with six letters from the alphabet doesn’t make a car a Jaguar any more than calling a 1971 Stutz a Stutz made it a Stutz. But at least that car was distinctive. Questionable styling maybe, but distinctive none the less.