Over the years there have been a fair amount of complaints from people trying to fit the available bulb seals to the later 3.8 cars that don’t use the lid mounted seal. Some people have tried splitting the bulb. others have tried bashing the seal lip down with a hammer. Others like myself have given up and just used household foam weatherstrip on the lid. The last solution works okay except that stuff soaks up water so after a wash or rain it’s necessary to try and get it dry again.

I noticed on this largely original appearing 64 OTS on BAT which is very close to my car, and there is a nice shot of the open boot. Judging from the condition of many of the seals on the car, I suspect many are original, perhaps this one as well. It’s clearly not a bulb seal at all, split or otherwise. It’s quite flat and sits below the edge of the bodywork allowing the lid to sit very flush. I can’t see the small metal seal lip so the seal isn’t just sitting in the channel. I’d guess that there is an over hang on the edge of the seal that hooks over the lip and the bulk of the seal sits next to the lip inside the channel.

Bid for the chance to own a 35-Years-Owned 1964 Jaguar XKE Roadster at auction with Bring a Trailer, the home of the best vintage and classic cars online. Lot #19,457.

I too am battling this issue on my 1965 OTS. I have tried to adjust my boot lid but it’s still 1/8" to 3/16" high at the rear. I was in my mechanics shop last month and there was a late 1964 E-Type (3.8 seats with a 4.2 dash) that I was told was very original. Its boot lid was flush. So I popped its boot lid and took a picture of the seal. Like you say, the seal is much flatter than what is currently being sold as proper (see attached photo). I am thinking of going with a weather strip that has the bulb on the side instead of on the top (another photo) which is found on Amazon. I don’t want to break out the hammer quite yet. 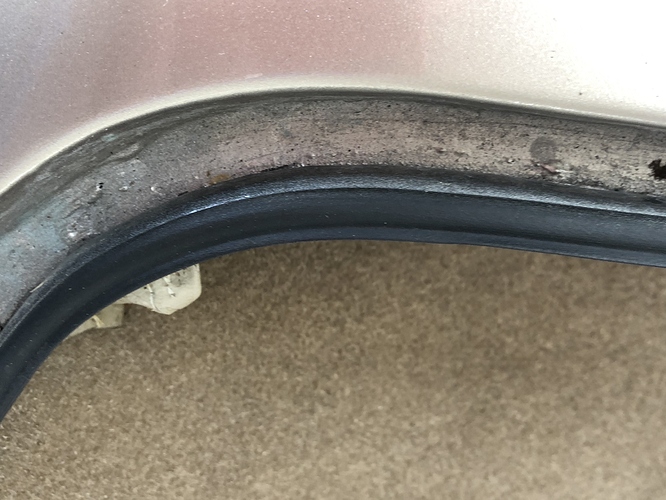 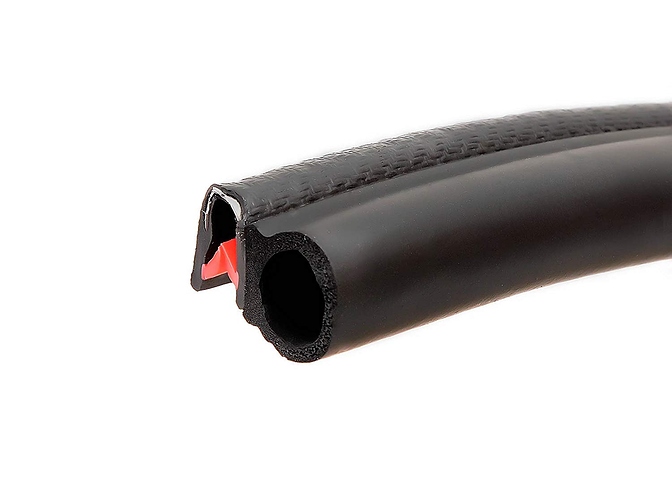 Interesting, that one seems to fill up the channel even more than the one on BAT does.

Happen to have a link for that seal on Amazon?

Sure. It comes in different lengths. 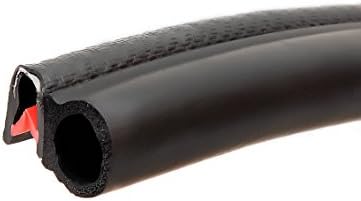 I cut the bulb off mine, turned it sideways and fitted it in the channel. Lid closes nicely and i try not to think about it.

The seal on the BAT car is the original seal. It was used from '62 (after the seal on the lid) into I believe '68. The bulb on top that’s sold, is for the series 2. The one you’re after for the 62 to 68 cars has the hammer-on metal like the series 2 bulb stuff, but instead of the bulb, there’s a thin flat top to it that gives it no more height and a water shedding 3/4" width.
It was used on other cars for a different purpose into the 80’s but only a 1 foot long piece. I’ll see how many 100 point show cars use the wrong rubber this weekend at the show.

Have you seen it for sale from any of the jag suppliers? I’ve ordered from both, and same ill fitting bulb seal in both cases.

These guys are not Jag specialists, but do have a great selection of quality stuff.
http://stores.restorationspecialties.com/closed-cell-rubber-weatherstrip/

Anyone have updates in this topic?

Did the Amazon weather strip listed above work for anyone?

@AJ11, check the recent topic on this. The problem has been solved. The later 3.8 cars used the same seal as the 4.2, and members @skiracer and @c1nicole have located and distributed a proper replacement seal from England. There were two recent bulk orders put in for members. I bought in on the first one, and I can verify the seal is perfect.

For those that may have missed these details in the other thread. A proper fitting boot seal has been found, but shipping cost is > than the product. There is a price cut for orders over 50M. We are only 8M away from meeting the 50M mark. Posting incase anyone is interested (other than those that have already reached out and notified me), The details are, I will place the order to be shipped to US, will ship out to those on this group list once received. Of course will need your address et…

I had forgotten how far back this discussion went, and how well it’s been handled, because of Candie and Doug’s due diligence!

i thought the 3.8 boot seal was mounted on the trunk?

For the first couple years. I suspect it was a pain to apply.