I know that this has been talked about ad nauseam, but has anyone found an led flasher that clicks? Not sure why, but I can’t seem to find anything. Since my wife rarely rides in my cars, I won’t have anyone to remind me my flasher is on if I don’t have the clicks.

‘SuperbrightLEDs’ company has some, but it seems that the clicking sound may not be as loud as the old fashioned ones.

I used the CEC Industries EF33 Flasher. Some use the EF33RL Flasher. Both make the “clicking” sound. Purchased on Amazon. 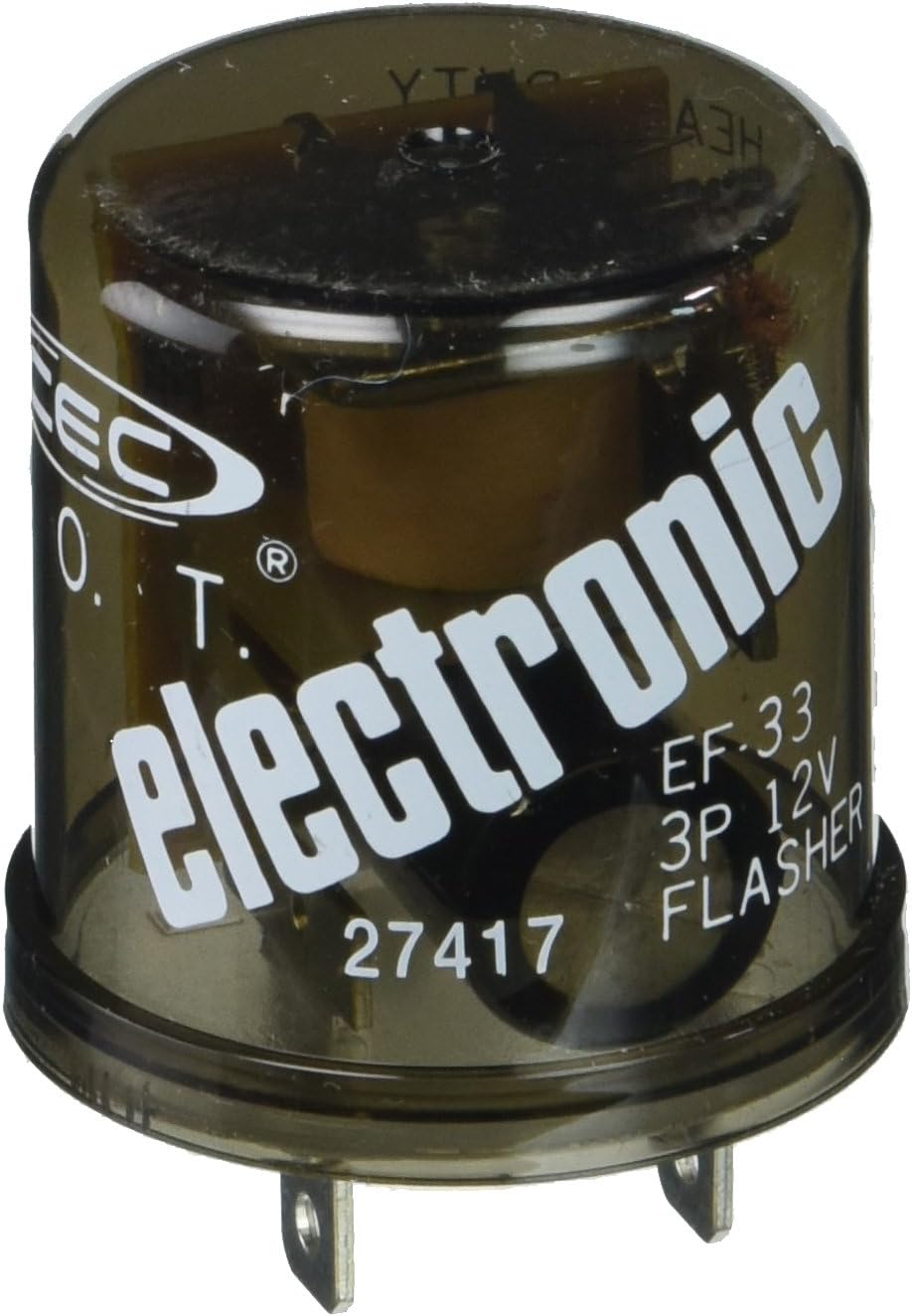 Maybe one could use the flashers that beep, like on motorcycles or install one of these:
Amazon.com: Turn Signal Reminder Buzzer (Beeper) : Automotive

Thanks everyone. I saw those cec flashers, but I wasn’t sure about the clicking part.

they have a ground wire

the EF32RL flasher is the one with the necessary Ground wire. I have used those on my 67 S1 on the emergency blinkers & on my turn signals. Both of the flashers are located on/near the emergency panel, so I just loosened the panel screws & slipped the flasher ground lugs under the panel.
CEC Industries EF32RL Flasher https://www.amazon.com/dp/B00JXLH7CG/ref=cm_sw_r_awdo_796X64300BK4XJ75XB8A

The EF32RL you mentioned is a 2 pin (plus external ground) version. The EF33 version referenced by @Speediejag is not recommended for LEDs. I believe that you need the 3 pin version to plug into the E-Type socket - namely the EF33RL referred to earlier: https://www.amazon.com/gp/product/B00JXLHE8S/ref=ppx_yo_dt_b_search_asin_title?ie=UTF8&psc=1
I installed the EF33RL with superbright LEDs on my 1963 and it works most of the time. It sometimes goes into “atrial fibrallation” mode where it flashes (and clicks) very rapidly. It also continues to flash 2 or three times after you cancel the signal for some strange reason.

Long time lurker, my first post. Indeed the first time I might be able to add something…

David, I had the exact same issue with the 33RL fib/freak out, as it seems others have ( amazon reviews)

I had been running another led flasher succesfully, but it had no “tick tock” (in a series land rover)

Googled for a solution, but it was all beeps and buzzers. No “tick tock”

And then a fix dawned on me, which I’ve been running for a few months now.

I wired in a cheap “bosch style” cube relay, to the silent led flasher

The + ve trigger pin on the relay is connected by a 2 into 1, 1/4 spade adapter on the P pilot terminal. [It also prob would work on the Load terminal.]

(The land rover does not have a plug. Just connectors)

The - ve pin to ground. The relay is screwed to the back of the metal dash, which acts as a soundboard.

And thanks to all, for the knowledge shared here.

David, thanks for correcting me on the 2-pin vs 3-pin. Indeed, the correct part is EF33RL, which has been working for me with all SuperBrite LEDS in all the sockets. pete

EF33RL is what was suggested to me and it works fine with the SuperbrightLEDs.