I replaced the front turn signals bulbs with LEDs from SuperBrights. 1156-A18-T. 325 lumens. A significant difference compared to stock bulbs. 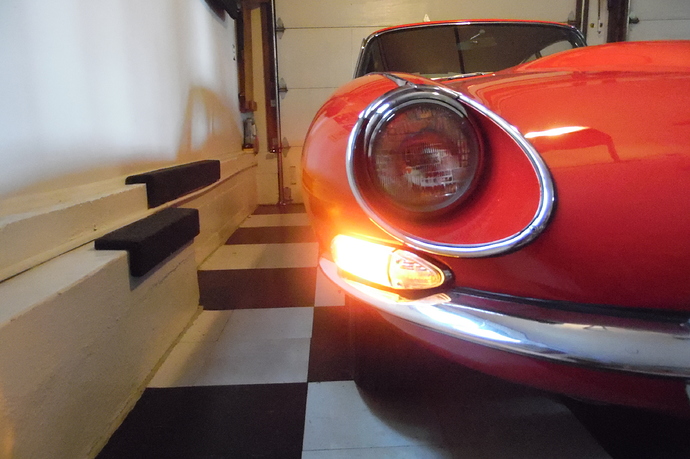 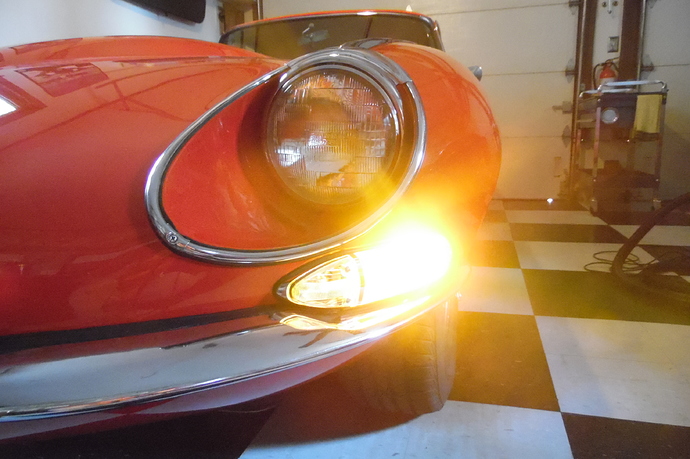 I’d show the difference between the stock and LED rear tail and turn signals but those bulbs are on back order.

What flasher unit are you using?

A 3 prong electronic unit made by Novita. Looks a lot like this one, probably came out of the same assembly line.

Someone in the past stuck a Series 1-1/2 bonnet on the car.

John, for the brake/turn lights, did you order clear or red bulbs?

Ok thanks! Going to order a set. I’ve always been worried that someone’s not going to see the dim bulbs of the original setup. Would not be a pretty thing to be at the end of a rear ender.

Two pictures, the first shows the tail lights, LED on the left, conventional bulb on the right. The second picture shows the 4 way flashers on, again LED on the left. Pictures were taken in daylight, just before noon. 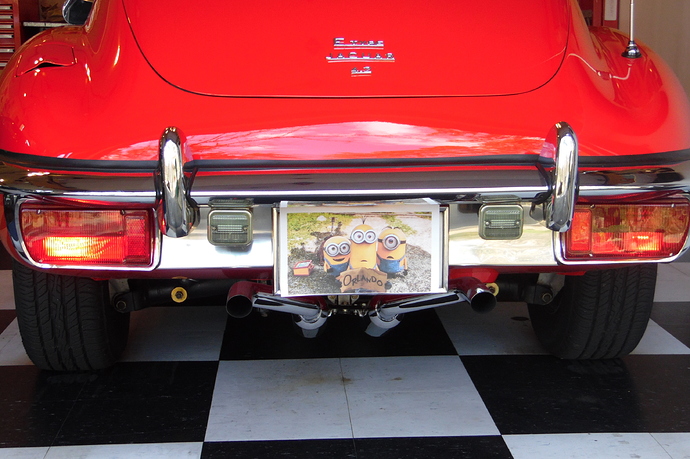 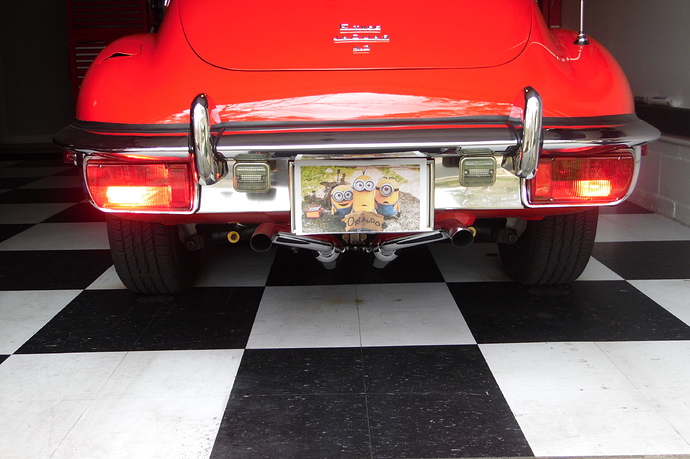 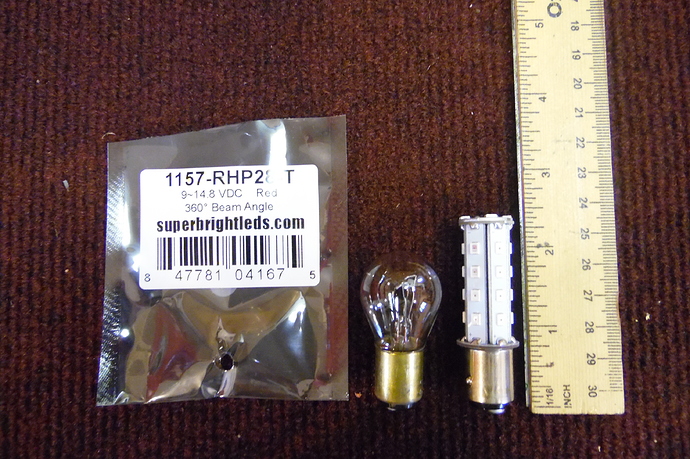 Does anyone know if these would fit into a series 1 light fixture? Or have a recommendation for a Series 1 rear light LED bulb? I’ve seen XK’s set , but it’s quite expensive

Does anyone know if these would fit into a series 1 light fixture?

The fronts I listed in the original post should fit, unless Series I front parking/turn signal fixtures are different than Series 1-1/2. The rears? I don’t know.

Thanks for the write up and part numbers. I also ordered a pair for the rear of my S2.

I just ordered the front and rear flashers and rear taillights plus flasher unit this morning from superbright. They have a 15% discount through tomorrow. Here is the order with p/n. 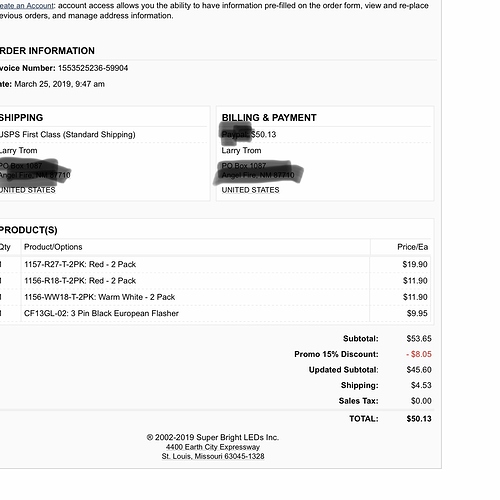 Hope you got the specs right, because I just duplicated your order for my 68 S1…

I took them out and numbers before I ordered. But I have a clear front lens. Not sure if yours is amber. If so you should order an amber bulb. I did red on the rears per John Walker

One more thing. My old flashers worked fine with LEDs in front and filament bulbs in back. There was enough load to trigger the flasher cans. After putting LEDs in back, the signals and 4-way flashers didn’t work. So I went to the store and bought two electronic flashers that the package said would work with LEDs. No joy when I installed them. I wound up taking them back and getting a pair of Sylvania Load equalizers. I installed those on the front turn signal wiring. Now everything works as it should with the original flashers.

John are the load equalizers resisters? I went ahead and ordered a LED flasher so I hope it works. Why two? Its been 20 years since I did my car but I thought there was only one.

John are the load equalizers resisters? I went ahead and ordered a LED flasher so I hope it works. Why two? Its been 20 years since I did my car but I thought there was only one.

You need one for each side with the turn signals. They come in a package of two.

Edit: It’s dark now and I checked. These things look astoundingly bright in the dark, much brighter than stock. and the sharp “on” and “off” gets your attention.