I tried the flashers from XKs.advance auto, and superbright, and no flash until i put in the resistors.

None of the flashers had the ground wire

Just to clarify; in an earlier post on this thread you indicated that even with the resistors installed “the signals flash very slowly with the dash signal light only working occasionally”. Which flasher unit are you using with the resistors installed - one of the electronic ones, or the original bimetallic strip one? I ask, as from your description (particularly the intermittent dash functionality) there is something else wrong in your system which may be affecting things - e.g. poor contacts in the steering column switch, or bad connections elsewhere.

I am also much interested and following the findings. I have found this at aes which seems designed for the purpose :
https://www.autoelectricsupplies.co.uk/mobile/product/726

The good new is the resistors are easy to install on series 1 and 1.5 front lights. Here is how I did mine. One wire ties into the turn signal 12V and the other wire goes to ground, I did drill a small hole in the lamp housing to attach the resistor.

I used the stock mechanical flashers that were in the car and previously worked with the filament bulbs. 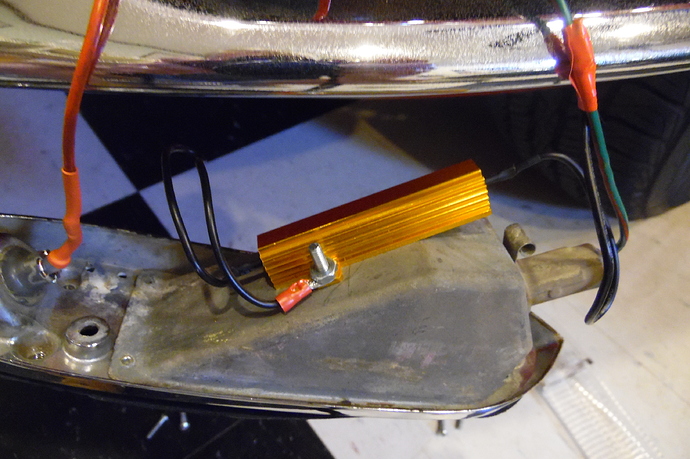 it does appear to be setup for our pin out. I may order one to compare to the others I am waiting on.
doesnt look like they are going to grift me too bad to ship to the USA. what the heck. the wife blows this kinda coin on a latte. 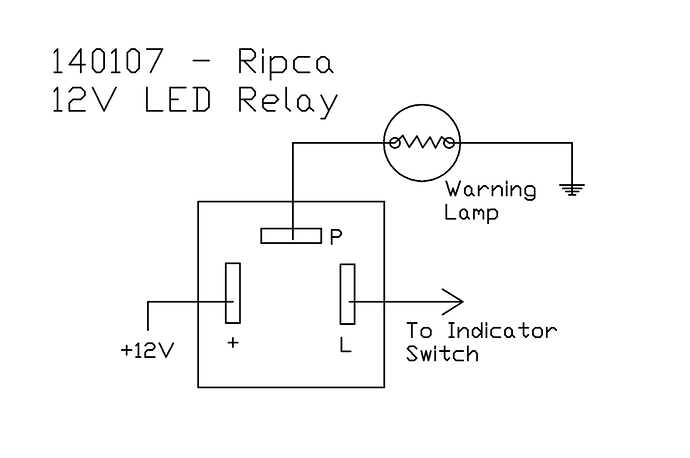 I am using the superbright electronic flasher. I did a lot of cleaning of the contacts at the lights that had overspray from a bad repaint of years past. The fit and cleanliness is still suspect. A new wiring harness is probably in the future.

All tail lights and flashing lights are L.E.D. No resistors in circuits and no flasher problems since.

sometimes things get over thunk!
my rear lights all work with factory wiring and flashers etc. 78 XJS. 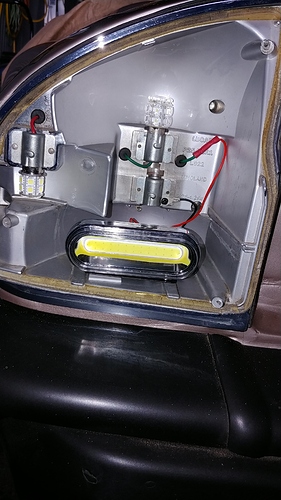 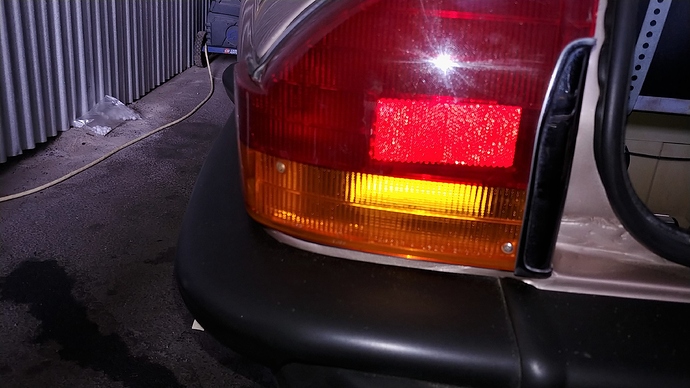 But you still have incandescent fronts? From what everyone has been saying that allows the the standard flasher to work

glad it worked for you, but I don’t know if those COB lights will fit inside an E-type signal housing. looks like I could pack a lunch in there. and without knowing anything about the XJS wiring, its hard to say if it uses the same flasher setup as an old E-type. I think most of us here are trying to find simple, cheap solutions to using a 50 or 60 year old design for a different car.

nothing against what you have done, but its not the same car.

I replaced my rears yesterday and they do seem to make a noticeable improvement. Also, when you’re doing this, don’t forget to clean up the reflector! They should be shiny and get covered by a light coat of grime over the years which dulls the surface. They don’t look dirty. They’re just st not as shiny as they should be.

still waiting on the arrival of two more relays. I have three so far including the XKS relay.
spoiler alert. so far none of these are the holy grail with LED bulbs in all four corners.
The relay from AES may take a little longer coming from the UK.

maybe a subtle clue on the XKS flasher is the obvious label on the top showing LED LAMP at two locations and just LAMP on the other two. I doubt anyone needs a review to know if this works with four LEDS… but I will provide more detail in a full report as soon as I have all the relays. 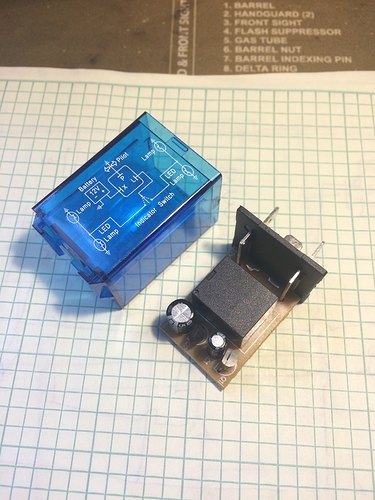 One thing that I noticed after replacing just my taillights with the superbright LED’s is that while the lights themselves seem to work fine, and both front and rear flashers seem to operate as they should, the dashboard turn signal light only flashes once, then stops, while the turn signals themselves keep on going.

Mine works as it did when I had filament bulbs installed. But remember I went with load equalizers and kept the old mechanical flashers.

That is what my dash lights do. I have LEDs all around, and the flash is slow.

The main difference between the old style flasher end the new is the required current draw to make the flasher work.
Old ones need significantly more current than the new ones.
The advantage of the old ones is that when a bulb fails, the flasher switches faster to inform the attentive driver that a bulb has failed.
Not so with the the electronic versions, which are based on a timer circuitry and will flash with the load of a single LED up to whatever the max load may be. As far as I have seen, with no change in flash frequency.
When I changed to LEDs I also had to change to an electronic flasher. Which IRRC both the flasher and hazard flasher required a ground connection to work.
I planned to do a comparison between old incandescent bulbs and LEDs, but the reading I get on the iPhone LUX meter with the LEDs is all over the place so I will have to hold off on that one.
In my attempt to make the S3 look cleaner, I deleted the side marker lights. Thinking they still provide a function, so I integrated them into the front indicators and tail lights. 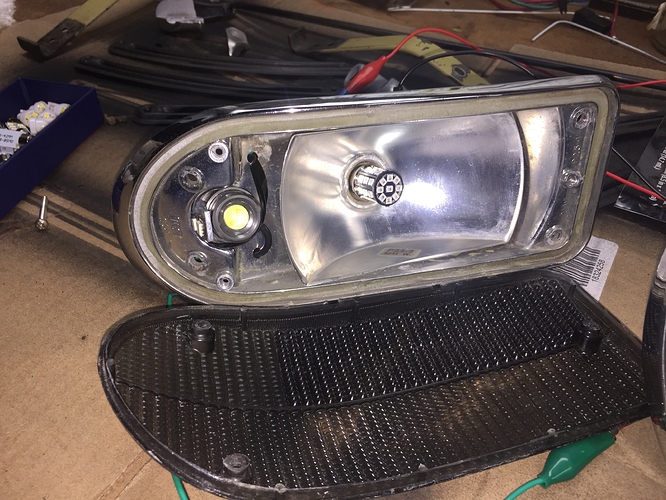 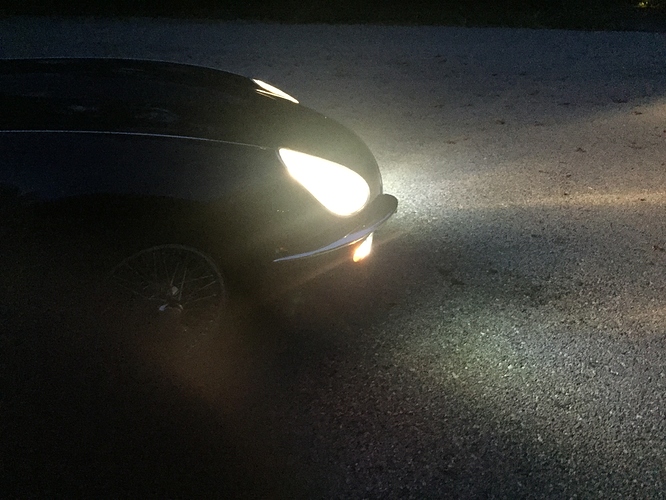 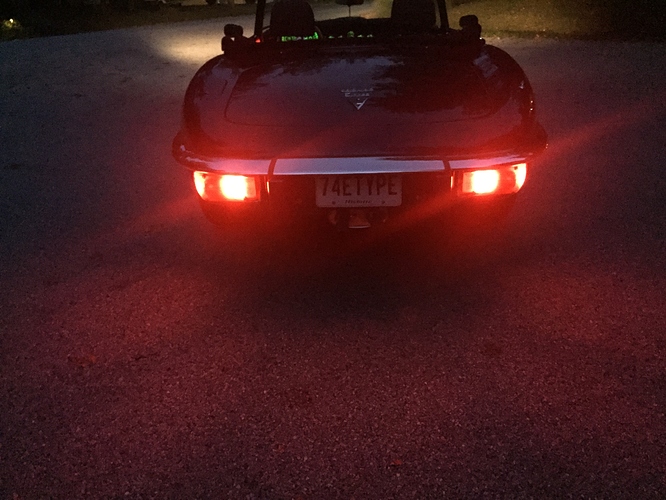 I thought it best to follow up in this thread with the original conversation. I ordered the same parts that Larry did above for my S1 coupe. Superbrite bulbs should also be known as Superfast ship, I got them today. Ordered 12/31! I do NOT have the UK flasher yet, incandescent flasher is in the car.

I started with the right rear. With the one red 1156 signal bulb in, the 4 way flasher worked, as did the turn signal, but not the indicator on the dash. I’ve included a pic below of left rear incandescent and right rear LED. It was not the improvement I expected. I’d say 20% brighter and fills out the space behind the lens with more light. Also, crisp on/off more attention getting blink. When I put in the left rears 4-way flasher still worked as well as the turn signal, but no dash indicator.

Then I put in the left (driver) front warm white signal. This I would say was 30% brighter, fills out the lens space more, crisp blink and is whiter than incandescent. With 3 bulbs in 4-way flasher still worked but not the 4-way flasher indicator light. Turn signals no longer worked. Installing the right front caused the 4-way to no longer work.

Attached are the comparative pictures and a pic of the red 1157 “double” filament rear brake/parking bulb. I put dielectric grease on the bulb bases before installing.

My lamp assemblies are replacements from original. Perhaps my results were less dramatic due to fresh reflector interiors and nice clean lenses.

I will post when I get the flasher from UK. Also, looks like I need an LED flasher for the 4-way also, which I haven’t seen addressed.

One last thought, with the front LED upgrade, would an amber bulb have made more sense? Only with the signal flashing would one know. Is amber more visible than white as a front turn signal? 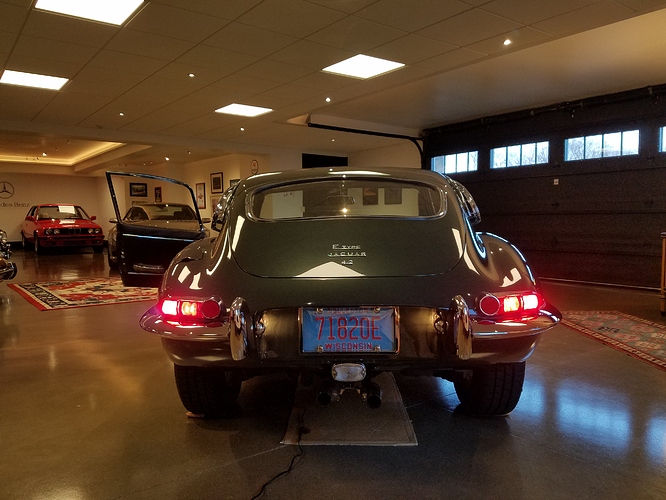 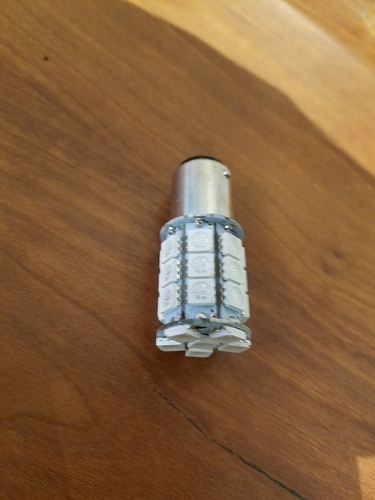 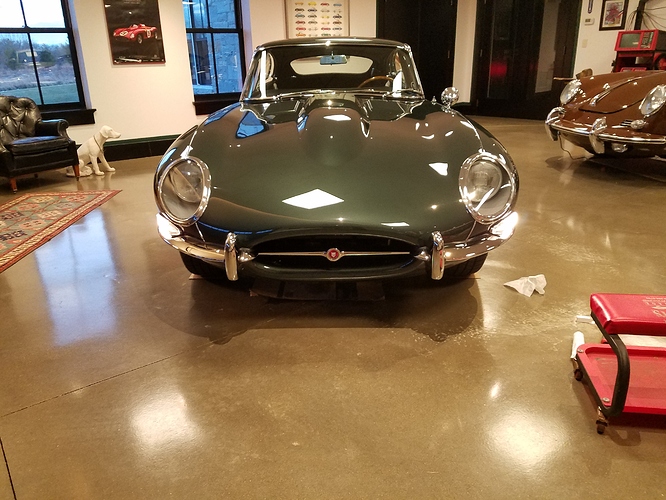 Also, looks like I need an LED flasher for the 4-way also, which I haven’t seen addressed.

Yes you will, and the same unit from the UK firm will work there too.