These came back from the engine builder in a single baggy, but they may well not be related… any clues where they go? 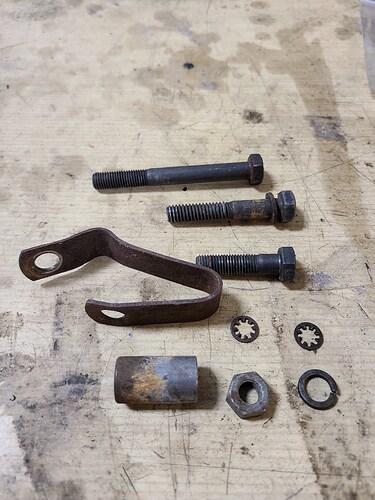 The bracket appears to be the one that is attached to the Oil Filter Block and retains the carb overflow pipes - there is a rubber insert that goes inside that bracket and it is bent open, so it doesn’t look correct right now. see photo 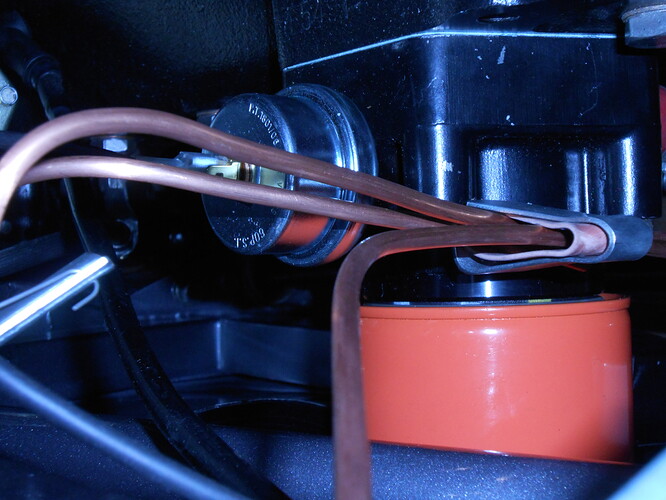 Just finished stripping down a 3.8l xk engine. The two fine threaded bolts look like jag bolts and could be off the engine, the shorter one in particular - could be off the timing chain cover. The longer one not engine related AFIK - thou it might be to hold the filter block to the block. The bracket is drilled both ends so I don’t recognize it. The course bolt is probably not jaguar. The internal tooth lock washers are typically used by jag on many bolts throughout the car, the other washer doesn’t look familiar. The nut is similar to that which holds the gear for the distributor drive but looks too small - hard to judge scale in your photo. The tube thing could connect the oil pump to it’s drive. If it has a square hole throu the center that’s what it is, and being outside the engine is very bad… otherwise I don’t recognize it as an engine part.